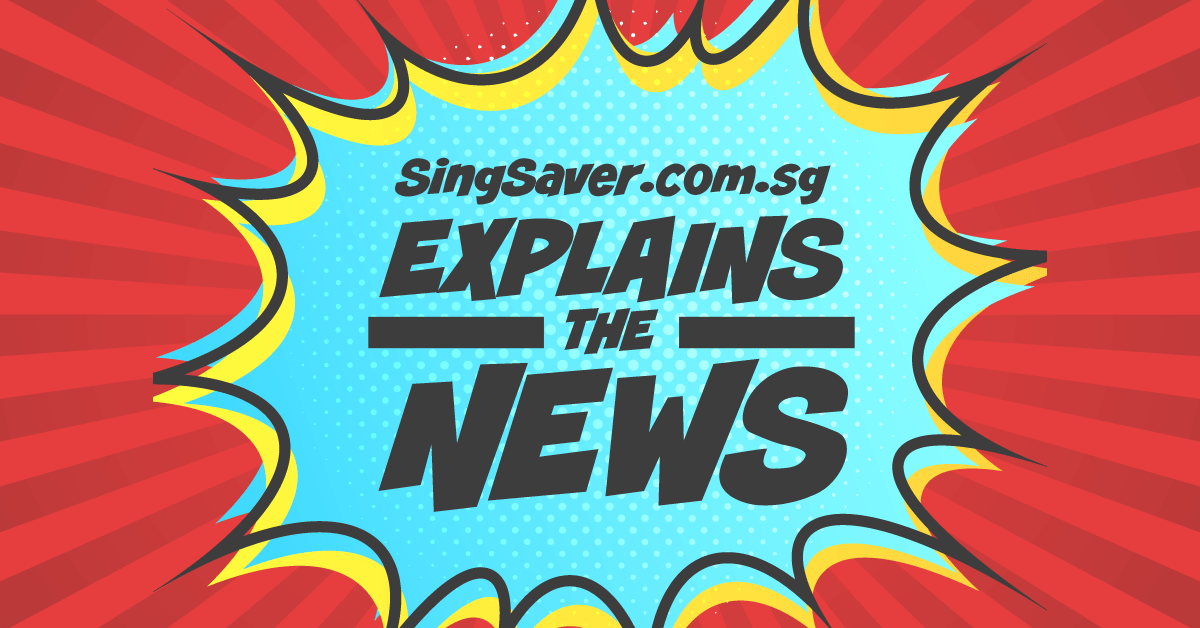 Simply put, low inflation means the cost of living in Singapore isn’t rising as quickly. But it also poses its own set of problems for the Singaporean economy.

At SingSaver.com.sg Explains the News, we use plain English to explain what’s happening in the economy and what it means for ordinary Singaporeans.

Surveys show Singaporeans are expecting a further bout of low inflation in 2016. The expectations follow on the back of a long period of falling consumer prices, with last July marking 21 consecutive months of negative inflation.

What does this mean, and why is the low inflation rate in Singapore a problem?

What is Low Inflation?

Inflation refers to the rising cost of living. It is commonly measured in two ways. The first is to use the Consumer Price Index (CPI), which tracks the movement of prices in a basket of goods (e.g. Housing, transport, food, and so forth). The other way is to use core inflation, which excludes the cost of private housing and transport (this method reasons that Singaporeans don’t need private housing and transport).

Without going into too much technical detail, inflation in Singapore has slowed. It is at the lowest point in 30 years. This means that, while our cost of living is still rising, the speed at which it rises has slowed.

The central bank of each country (the Monetary Authority of Singapore in our case) will usually aim to achieve a given inflation rate, which is specific to the country’s needs. One way of doing this is pumping more money into the economy, or encouraging low interest rates.

This target inflation rate is usually between two to three per cent for developed countries.

Okay, Why is This Not a Good Thing?

The problems with low inflation are:

1. It Could Reflect a Weak Economy

This isn’t always a direct connection, but low inflation often coincides with economic weakness. For example, notice that current low inflation goes hand in hand with a drastic slump in Singapore’s exports and manufacturing, and a recent spate of layoffs.

As the economy worsens, people get nervous and they begin to spend less. They buy smaller houses, skip on the idea of buying a car, go on cheaper vacations, etc. This lack of spending means various businesses struggle to expand, or see shrinking profit margins.

Now, when no one is buying anything, what’s the point of maximising factory output? Or hiring more staff?

For Singaporeans who are jobless, or who are in low-income positions, low inflation is nothing to be too happy about. Sure, it means things will be a little cheaper for them; but it also means they have fewer chances of finding a well-paying job.

There’s an old – and accurate – saying that when no one’s buying, no one’s hiring either.

2. It Can Lead to a Deflationary Price Spiral

A deflationary price spiral is an economy destroying effect, in which prices start to fall uncontrollably.

It starts with everyone refusing to spend for some reason (perhaps there’s economic uncertainty). Businesses can’t make money with no customers, so they shrink or close down. This means laying off workers.

As more people get laid-off, the available purchasing power falls even more. People with no jobs can’t afford to spend; and when you see everyone losing their jobs, you might decide to hoard your money even if you are employed.

This leads to even more businesses closing, and more people getting fired. At a certain point, the cost of goods will start to fall regularly. People will then be even more inclined to wait, because (1) the longer they wait, they cheaper things will get, and (2) they are too terrified of the collapsing economy to spend, even if things are cheap.

Eventually, the result will be mass unemployment and poverty.

Central banks have nightmares about deflation, and are very sensitive about it. This is why the Bank of Japan and European Central Bank have imposed negative interest rates: they have started to charge banks money for holding large deposits.

This is to force banks to give out as many cheap loans as possible, to promote spending that gets the economy back in gear.

Singapore is still far from such a position. Nonetheless, we might see our banks being encouraged to continue providing low interest loans.

3. It Is Bad for Singaporeans Who Are in Debt

Some amount of inflation is always good for people who are in debt. This is because the inflation rate, to some degree, offsets the interest rate on a debt.

A simple example: a S$100 debt would have been a big deal in 1940, but it would be considered trivial today. That’s inflation at work.

The higher inflation is, and the more money there is sloshing around in the economy (high inflation and high money supply tend to go hand-in-hand), the easier it gets to repay your debts.

For people who are currently facing serious debt issues, the low inflation environment doesn’t help them much.

What Can We Do About It?

Not much, as this is due to wider economic factors in the world (like cheap oil, for instance). Just enjoy the fact that the cost living is not going up as quickly anymore. Maybe even take that vacation now, while it’s still affordable.