Ultimate Guide To Digital Multi-Currency Accounts: Revolut vs YouTrip vs Instarem vs Wise vs Wirex (2023) 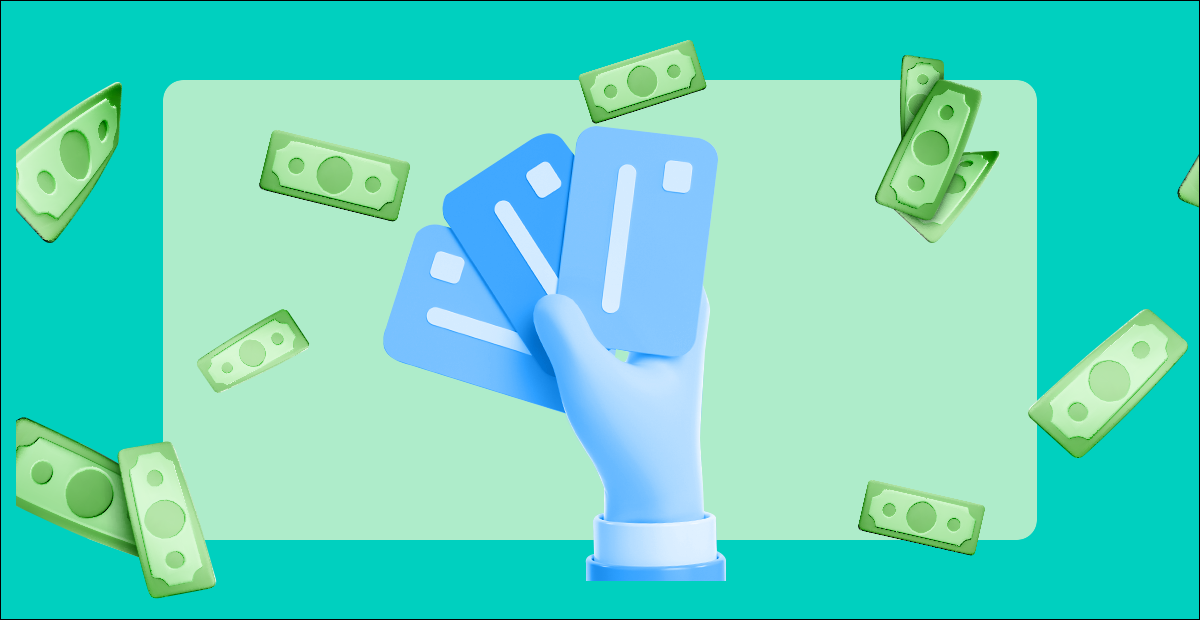 With more digital multi-currency accounts making their way to Singapore, the days of monitoring exchange rates, deciding on exactly how much money to change and physically visiting a money changer, might just be a thing of the past.

Through a mobile app, you now have the option of exchanging, holding and spending foreign currency, without additional bank charges at your fingertips (quite literally!).

Not to mention, if you love shopping on sites like ASOS, TaoBao or eBay (like us) you could save quite a bit just by transacting in their home currency.

Traditional multi-currency accounts are offered by commercial banks like DBS, UOB and HSBC. These accounts work similarly to a regular savings account but will further allow you to hold and transact multiple currencies at a time, with some offering interest rates.

On the other hand, digital multi-currency accounts are offered by hybrid digital banking solution companies like Wise, YouTrip, Instarem, Revolut and Wirex.

Similarly, these accounts allow you to hold, transact, and withdraw money in multiple currencies, but with lower fees and more favourable exchange rates. Some of these companies also offer additional perks such as cashback.

For the purpose of this article, we’ll be covering multi-currency accounts offered by hybrid digital banks.

That said, some multi-currency accounts do not have a digital wallet function, so you’ll need to link your debit/credit card to make payments.

Aside from making payments online, you also have the option to request for a physical card that allows you to pay for items over the counter and withdraw cash at any ATM around the world. This would come in extremely handy if you need cash to make purchases at markets or smaller shops, where cashless transactions are not widely accepted.

Wise’s USP lies in its promise of low conversion fees based on mid-market rates and letting users store the maximum number of currencies (among the existing players in the market).

Additionally, you can also send money to 80 countries. As such, Wise is great if you’re a frequent traveller or often make international transfers.

The downside is that there’s a minimum 0.41% charge when you convert money, which varies based on the currency. However, this is still much lower than what traditional banks as well as payment services like PayPal charge.

Also, while you can make cash withdrawals from ATMs when you’re overseas, you’re only limited to S$350 and two withdrawals per month. If you exceed either, Wise will charge you S$1.50 per withdrawal. You also cannot make ATM withdrawals in Singapore.

YouTrip lets you convert up to 10 foreign currencies and make payments without transaction fees in over 150 currencies. It’s also available as a physical card by Mastercard, which you can use for over-the-counter purchases or overseas cash withdrawals.

Through their dedicated mobile app, you can monitor, exchange and hold up to 10 currencies with rates updated in real-time. What’s more, you can easily top up your YouTrip wallet with any Singapore credit or debit card (up to S$3,000), no bank trips or signatures are necessary.

Instarem is a Singapore-headquartered digital cross-border payments company with a presence across Asia-Pacific, North America and Europe. Instarem allows you to transfer money to over 60 countries, including South Korea, Thailand and India, at a significantly lower cost.

While sign-up is free, Instarem charges a nominal fee between 0.25% to 1% to cover the cost of processing a transaction.

What pits its Mastercard-enabled card, Amaze, as a potential winner is its advantage as the go-to card that lets you link up to five debit or credit cards to the account. Also, the card also doesn’t charge you any foreign transaction fee, although you’re still get charged with a small FX spread.

Previously, users could enjoy a 1% cashback earn rate for both local and foreign currency spends, on top of the rewards, miles, or cashback that your linked credit card(s) would earn. This was capped at S$100 per quarter, or S$400 annually.

However, the Amaze card has since been nerfed, twice. Firstly, the cashback for local currency spends was previously reduced from 1% to 0.5%.

Then, Instarem replaced its cashback rewards system entirely in favour of a point-based one, known as InstaPoints.

On top of that, DBS has also excluded the Amaze card as one of the transactions that will not earn you DBS points. This means that if you had previously paired your Amaze card with DBS credit cards such as the DBS Woman’s World Mastercard to earn 1.2 miles to 4 miles per dollar, well, that’s not possible now.

While you can use your InstaPoints to redeem cashback, note that there’s a minimum fixed rate of 2,000 points to S$20. What this means is that you would need to accumulate 2,000 points, or spend S$2,000 per quarter, to get S$20 cashback.

That said, your associated cards will still earn you rewards; so if you tag your Amaze card with the Citi Cashback or Citi Cashback Plus credit cards, for instance, you’ll still continue to earn cashback.

Likewise, you can also earn miles for every dollar spent if you have a miles credit card like the Citi Rewards card or Citi PremierMiles card.

Like Wise and YouTrip, Revolut works like a debit card where you’ll need to make top-ups to your account before you can convert and spend in a foreign currency.

Fans of Revolut will always rave about the 20% cashback when they use their Revolut cards for MRT and bus rides in Singapore. But it’s also one of the best multi-currency cards to use for overseas spending.

For starters, you can convert, make payments, withdraw, transfer, and receive money in 28 currencies without interbank transaction fees.

Similar to Instarem and YouTrip, you won’t be charged any foreign exchange fee when converting most currencies. But note that this is limited to S$5,000 per month if you’re on the Standard Plan.

But perhaps what makes Revolut one of the best travel cards is that you can create free virtual cards for one-time usage. This helps to prevent others from stealing your credit card information as you can dispose of the virtual card after making a payment.

You can also request for a free physical Revolut card, which can be used for over-the-counter purchases where digital payments aren’t accepted. You’re also allowed to withdraw up to S$350 a month from overseas ATMs.

However, note that you’ll be charged 2% of the value of the amount withdrawn after exceeding that limit. You also can’t make ATM withdrawals in Singapore.

If you foresee yourself spending, exchanging or withdrawing cash overseas often and in sizeable amounts, you may want to consider signing up for the Premium and Metal paid accounts that are priced at S$9.99 and S$19.99 a month respectively. These accounts will give you access to higher exchange and cash withdrawal limits, among other additional features.

While these digital multi-currency accounts serve a similar primary purpose, they aren’t built exactly the same. Some of these accounts offer more foreign currency exchange options, while others have a higher cash withdrawal limit.

If you’re a frequent traveller and often send money internationally, Wise is probably for you as it offers the most currency support. That said, it charges a small conversion fee for each transfer.

Meanwhile, Revolut and YouTrip both don’t charge foreign transaction fees. However, the former charge a higher exchange fee on weekends, while the latter only allows you to transfer money to other YouTrip accounts while you need to pay S$5 for each ATM withdrawal.

On the other hand, Instarem Amaze works differently from the rest as it doesn’t have a digital wallet feature. This means that instead of making top-ups to your account, you make payments via your linked Mastercards, allowing you to earn credit card rewards like cashback or miles from your associated cards.

However, the downside to Instarem Amaze is that you can’t store and send money in foreign currencies. Plus, it doesn’t support Visa cards or ATM withdrawals.

Lastly, Wirex offers a seamless way for you to store fiat currencies as well as cryptocurrencies. But it only supports 12 traditional currencies and isn’t licensed by MAS.

Read these next:
Essential Shops Open During COVID-19 Circuit Breaker
26 Best Restaurant Takeaway Deals During Circuit Breaker
From Travel Insurance to Flight Hygiene: 5 Questions About Post-COVID-19 Travel
4 Reasons Why Multi-Currency Accounts Are Essential To Digital Nomads and Wanderlust Chasers
What Is YouTrip Card And How Does It Work? 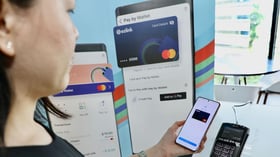 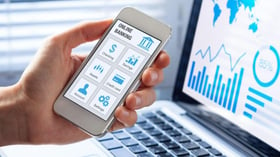 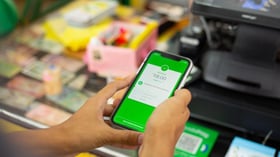