The Real Cost: How Much Does Higher Education Really Cost in Singapore? 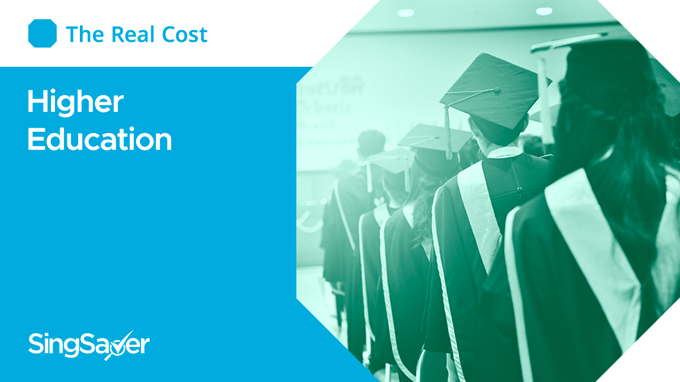 A typical three-year university degree in Singapore can cost close to S$100,000. Here’s a breakdown of the entire budget.

Attending university is a rite of passage for most (if not all) young Singaporeans these days.

And why not? Generous government subsidies, combined with the high standard of tertiary education and variety of courses offered here make getting a Bachelor’s degree an attractive prospect.

While not as expensive as, say, the United States, taking a three-year university degree course is still a serious financial commitment.

Here’s how much you can expect to pay for higher education in Singapore.

How much does three years in a Singapore university cost on average?

A typical three-year university course in Singapore can cost between S$60,000 to S$85,000 in total. This excludes more expensive courses such as medicine, and includes government subsidies.

This figure takes into account on-campus accommodation, which, apart from tuition fees, makes up a major part of the costs of higher education in Singapore.

Those who are able to live at home while studying can thus ignore this cost.

Let’s take a closer look at the various underlying costs.

Let’s start off with a quick survey of how much local universities charge in tuition fees.

For ease of comparison, the figures above are reflective of an average three-year degree course. We have also excluded traditionally more expensive courses such as dentistry, medicine and law, in order to avoid skewing the numbers too much.

Generally speaking, a university degree will cost around S$10,000 to S$12,000 per year, and that’s in tuition fees only. This sum does not include any other associated costs, which are discussed later in this article.

Also, it is important to note that these tuition costs are heavily subsidised. Singaporeans citizens can apply for the Ministry of Education’s Tuition Grant, which knocks between 50% to 80% off the entire course fee.

That also means that without this grant, the cost of getting a university degree would increase by two to five times!

How local university tuition fees compare with ones overseas

Like Singapore, many countries subsidise their own citizens’ tuition fees, and pass on the costs to foreign students. This means trying to pursue a university degree overseas already puts you at a financial disadvantage - you’re paying more for the same level of education as your local peers.

Also, you will have to pay for additional costs such as housing, clothing (winter wear, for example), household items and plane tickets, costs that you could lessen - if not avoid completely - if you chose to study in Singapore instead.

Having said that, it is also important to acknowledge that education is an investment, one that could lead to a lucrative career, thereby paying for itself many times over.

If your aim is to study law at Harvard, which practically assures you of a fast-track to the upper echelons of the legal sector, then the heavy initial capital outlay could be well worth it.

Other associated costs of higher education

If your home is too far away from your university, or you want a taste of #adulting early on in life, you could choose to book campus accommodations.

Expect to pay between S$300 to S$450 a month, depending on whether you choose a single or double occupancy.

Older campus lodgings may not be equipped with air-conditioning, and are usually priced lower for it. You could opt to stay there, provided you can stand Singapore’s murderous humidity.

Given how tuition fees cost several thousands, you’d think they would cover everything you need for the school year. Weirdly, that’s not the case.

Textbooks are often glaringly missing from the list of materials covered under your tuition fee. And it’s not like you can go without your textbooks, so what gives?

Textbooks can cost you around S$50 or S$60 a pop, which can add up to at least several hundred dollars a year.

These days, a laptop is a prerequisite for school learning, so you’ll definitely need one going into university.

Thankfully, laptop prices have fallen, and you can get a pretty decent basic model that’ll do the job for as low as S$800.

Then again, with mid-range models priced just a few hundred dollars more, you might as well spend a little bit more for more computing power and capability.

Pro-tip: If you’re on a tight budget, or simply want to reduce e-waste, try upgrading your old laptop instead of buying a new one. You can often solve most common problems such as poor battery life or storage space for the fraction of a price of a new device.

How much you’ll spend here really boils down to personal preferences.

While campus food is affordable and tasty, if you have a habit of eating out or calling for food delivery, your costs can quickly add up.

How much you spend on transport will depend on how often you need to travel for class - those who stay on campus would likely not have to spend very much at all on transport.

If you’re staying at home and need to travel to and fro several times a week, your transport costs will obviously go up. Thankfully, Singapore’s public transport is cheap and reliable (except when it’s not!) so you won’t need to spend more than S$80 or S$100 a month.

If you resort to taxis or Grab every time you go out, then all bets are off.

Yes, we get it. You’re young and in your prime so you should take the chance to start experiencing life.

But that’s no excuse to go out every weekend and get blackout drunk. Besides, party wear usually isn’t considered appropriate attire for attending lectures.

A budget of S$200 per week admittedly isn’t much, but it’s a good opportunity to learn some financial discipline and management.

If you’re about to ascend to higher education and have to shoulder the financial responsibility, you might want to consider taking up an education loan. Banks offer loans with less than S$1,000 monthly repayments, but you might want to check out the various interest rates they each impose.

Read these next:
Are You Saving Enough For Your Child’s Education?
Best Education Loan in Singapore 2020
What Are The Best Credit Cards For Paying Education Expenses?
How Can You Earn Miles When Paying Tuition Fees?
Is It Worth Furthering Your Education?

How to Save for Your Child’s University Education 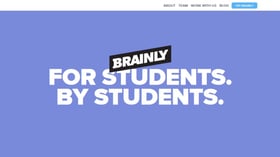 Brainly Review (2022): Is The Online Education Platform Worth The Price? 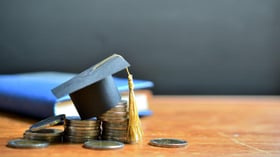 Tuition Fee Loans in Singapore 2022 — Should You Borrow From DBS or OCBC?