Dealing with currency while travelling can be dangerous, especially if you fall prey to these 5 money scams while overseas.

One of the main inconveniences of travelling is currency exchange. Whether it’s having to walk three blocks to the money changer, or trying to work out your credit card’s exchange fees, it’s an annoyance that never goes away. But watch out for scammers and frauds, who seem to offer easier and cheaper solutions.

1. The “Good Deal” Outside the Money Changer

As you’re about to step into the money changer, a person outside stops you. He tells you he’s a tourist, like you, and he’s heading home tomorrow. He’ll then offer to change your money for you, at a better rate than the money changer inside.

Sometimes, the scammer is actually employed by the money changer. The rate inside the store will be unusually high, and the “man outside” offers a lower, but equally unfair rate.

Chances are, you’ll be grateful to take it, and still give them a nice profit.

In worse cases however, the scammer might give you fake currency, or attempt to trick you by adding worthless notes that are about the same colour and size. You might find, later in your hotel room, that your stack of notes also contains old Zimbabwean dollars, Belarusian notes, or other worthless currencies.

If you were given fake currency, it can get you in trouble. Attempting to use it could get you into a legal entanglement.

2. Confusing You With Stacks of Small Denominations

This trick is especially prevalent in Bali, in areas such as Kuta, where the money changers also operate small shops. The usual tactic is to have “friendly locals” distract you and chat with you, while the money changer works.

You’ll find the money changer doesn’t have any bills with large denominations – everything is small: IDR 2,000 or IDR 1,000 notes pile up in huge stacks. The money changer will usually make some excuse, that he usually works with smaller sums, it’s change from his shop, etc.

While the locals ask you where you’re from, what you do, whether everyone in your country is rich, etc. the money changer keeps switching notes back and forth, asking you to check one stack at a time. While you’re distracted, he quickly slips notes from previously counted stacks to new ones.

Occasionally, he makes “mistakes” and has to recount the old piles (really an excuse to confuse you, and shuffle the same notes around).

When you get back to your hotel room, and lay out literally 100+ notes of small denominations (the equivalent of counting pennies), you’ll find you’ve been cheated out of several hundred dollars.

Forget about reporting it – there was no receipt, and there will be no witnesses.

It’s a simple matter to switch the buttons on a calculator, as this YouTube video shows. Or as a lazier alternative, a moneychanger can simply punch in fake numbers, while pretending to be hard at work.

This scam is usually employed during busy periods, when there are lines of people waiting (you will feel rushed, and less inclined to check the maths). It’s also commonly used in countries where the currencies come in big denominations (e.g. a few hundred Singapore dollars could net you a few hundred thousand in the foreign currency).

By punching in fake numbers – which you’re inclined to trust because you’re shown the calculator – the moneychanger can pinch amounts like S$20 or S$30. If you’re really not careful though, you might lose a few hundred.

It’s a good idea to use your phone’s calculator to check the number yourself. Do it before you make the exchange, and if the changer’s numbers are way off from yours, you’ll know something is wrong.

4. Swapping Your Bills for Counterfeit Currency

You present your money to the moneychanger, who stares at it like he’s never seen it before. He then says he needs to check if they can accept it.

The moneychanger ducks into an office, to have a conversation with his “supervisor”. A short while later he returns, and explains they can’t change your money for you; the rate is bad so they’re not exchanging it, or that few people use your currency so they have none in stock. You’re then handed back the note.

What you’re really getting back, however, is a counterfeit bill. Even if you notice on the spot, the moneychanger will deny it, and insist you leave without causing trouble.

For this reason, never let the moneychanger remove the note from your field of vision. If you see the moneychanger often going into a back room, you might want to look for a place with better visibility.

The moneychanger would show you the calculator, count out the notes, and lay them in front of you. Once you’re convinced, he gathers them into a stack, and hands them over with an empty envelope for you.

What you may not notice is that, while sliding the money across, the moneychanger can easily “palm” the top bill (or in some cases take it from the bottom). You probably won’t notice until you get back to the hotel, and realise you’re missing a large denomination note.

As always, these tricks are mainly played during busy periods, or are accompanied by “customers” who distract you.

Use a Credit Card to Avoid Moneychangers

If you absolutely must use moneychangers, always count the money – and walk away if you feel the environment is too noisy or distracting.

However, you don’t need to deal with moneychangers, if you have a credit card that’s good for overseas use. Besides, credit cards always give you perks that moneychangers most likely cannot, such as rewards points or air miles. 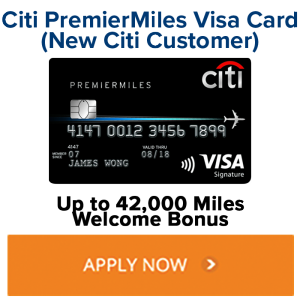