How Much Can You Withdraw From Your Retirement Fund? 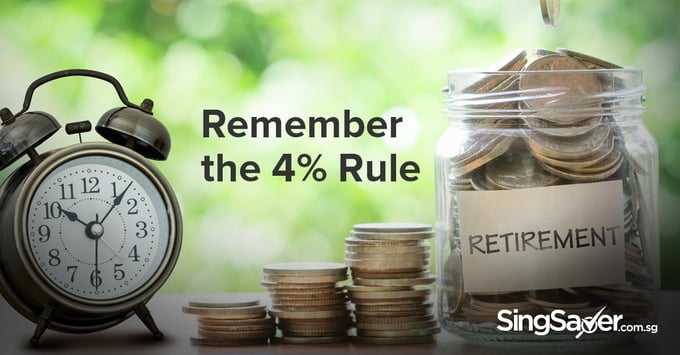 Figuring out how much to use from your retirement fund per year can help Singaporeans determine how much you need to save for your golden years.

One of the most common questions Singaporeans ask just after retiring is, “How much should I withdraw from my retirement fund?”

While it’s a question common to retirees, we want to emphasise that the answer is also important to younger people. Contemplating this question will help you to understand just how much you need to save for your retirement.

The Great Retirement Fear: Running Out Of Money

The risk of running out of money, before the end of your life, is called the longevity risk.

We do not know exactly how long we’ll live, but we do know that life expectancies will grow over time (due to advances in medical technology, and better living standards). For this reason, most financial planning makes the assumption that our lives will end at 90.

A retirement fund is a finite sum. If you take too much from it, it could come to an end long before you do. It’s a terrible prospect to be broke at the age of 82.

At the same time, no one wants to have a miserable retirement, living on a few hundred dollars a month when they have close to a million dollars in the bank. So where do we find the balance?

Spend the Returns and Not the Principal

The financial solution, which is easier to explain than to actually do, is to always spend the returns (or interest), and not the principal.

For example, let us say you are fortunate enough to have S$5 million in the bank . For depositing this amount, the bank pays you an interest of one per cent per annum.

You could, assuming the interest doesn’t change, withdraw S$4,167 a month from the time you’re 65 till you’re 90 and not run out. This is because the principal (the S$ 5 million deposited) is not touched at all; it stays intact to keep generating the interest.

Of course, the theory is a lot simpler than the reality. In practical terms, you would also need to account for the effect of inflation (S$4,167 will be worth a lot less in the year 2040 than it’s worth in the year 2015).

Most of us are also not lucky enough to have such a huge sum. We may have to gradually sell off our retirement assets, be they stocks, mutual fund units, or even our house, to fund the remaining years of our retirement.

That being said, it’s important to grasp this general concept: as much as possible, you want to stretch out your retirement fund by spending the returns generated from your investments, rather than by spending the investments themselves.

A practical example of this would be the HDB flat you own: you might stretch out your retirement fund by renting out the flat to collect income, rather than by selling off the flat to spend the proceeds.

What we’re going to explain here is a very general rule of thumb (personal finance has many rules of thumb, some of which contradict each other). You should not adhere to it dogmatically; what’s important is that you understand the underlying strategy.

The four per cent rule is based on a study by economist William Bengen, which observed stock and bond returns over a 50 year period between 1926, and 1976.

While that may seem like a long time ago, that time period is important: World War II occurred during this time (1939 to 1945), and the era saw many major economic upheavals. It was a difficult time for investors, far worse than any we’ve experienced after the 1980s.

Despite the volatile times, Begen’s study concluded that no retirement portfolio, which spent only four per cent of its assets per annum, failed to last less than 33 years.

So to apply that today, consider that you have a retirement portfolio with a good all around mix of assets (stocks, CPF payouts, insurance policies, and so forth). If you want this to last from 65 to 90, how much could you withdraw?

Assuming that entire portfolio is about S$500,000, that would provide about S$1,667 per month. If you keep to this amount, your retirement funds should theoretically last till the end of your life.

Important Caveats to the 4% Rule

The 4% Rule should not be taken too literally. Once again, you do have to account for the effect of inflation (generally about three per cent per annum), and personal preference. You may not want to live on 4% of your portfolio.

You might, for example, be confident in your children’s ability to look after you past the age of 80, and hence be willing to take more from your fund for a happier retirement.

You also do need to go through the complex process of picking the right assets. A retirement portfolio that contains highly volatile assets (e.g. 100 per cent equities) will require an entirely different strategy; the four per cent rule assumes a diversified and balanced portfolio.

Speak to your wealth manager for more details.

This Sounds Like I Need A Lot of Money to Retire!

You may have heard a lot of Financial Advisors (FAs) claim you need at least a million dollars to retire well in Singapore. Perhaps now you have a better understanding of how they came to this figure.

It’s true that retirement is no small sum. The age of 65 to 90 spans 25 years without working, and covers a life period when health care needs will certainly rise. In order to deal with it, you cannot just save your money in a fixed deposit, or under a pillow; you need to both save and invest, and focus on growing your income for retirement.

The One Pricing Trick That Makes You Spend More Money 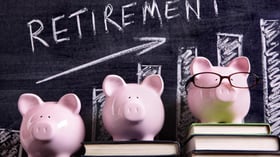