Column: Why Don’t Governments Just Print the Money They Need? 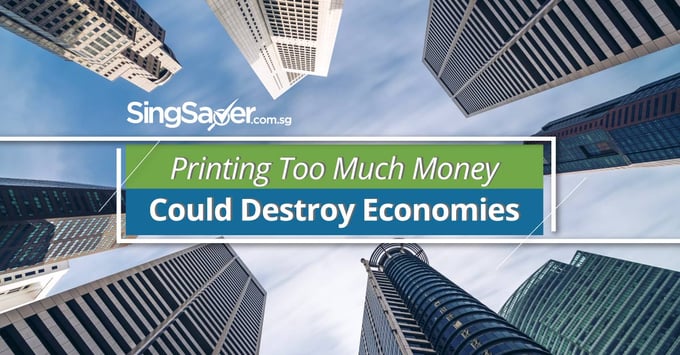 When a country gets into debt, the government can't simply increase the monetary supply without far-reaching consequences.

With the world collectively owing more than US$150 trillion (yes, with a 't'), you may be wondering why governments don't just print the money they need to pay off their debt.

Ask around, and the most immediate answer to this question is “because of inflation”. That’s certainly true, but it gets more complex than that.

After all, following the last great financial crisis, the United States raised its monetary supply through Quantitative Easing (QE). And yet, inflation has stayed low. How does all of this work?

The most straightforward answer is that it causes hyperinflation. While printing more money may seem to make everyone richer, it actually just raises prices, without helping the economy much at all.

For example, consider what would happen if, from next month onward, the government decrees that all of us will receive an extra S$100,000 per month.

Only the very foolish would think they’re now richer. When everyone receives an extra S$100,000 a month, the prices of everything will rise proportionally.

Companies have to pay more for costs such as manpower and raw supplies (who would bother working all day for S$4,000 a month, if they already get at least S$100,000?) The extra S$100,000 stops making a difference very quickly.

There may also be no economic growth. The velocity of money (how often it's transacted) and the quantity of transactions, may not change just because there’s more money floating around.

There’s no real change in wealth - the only change is raised prices.

Retirees Are Most Likely to be Affected

Segments of society have differing levels of resistance to hyperinflation, and the main class of people who suffer when monetary supply increases are retirees.

Business owners and the self-employed have the best chance to survive it, as they simply raise the prices of their products or services to cope.

Regular employees are at serious risk. If their employers can’t raise their pay to match inflation, they could all end up going broke. Employees may have a chance of finding a more generous employer, but job supplies are often reduced in such turbulent times.

However, the people who would suffer the most are retirees. Many retirees are dependent on pension funds or bonds. With some exceptions (e.g. inflation linked bonds), these assets don’t rise to match inflation.

For example, if your CPF pays S$900 a month at retirement, and inflation raises the cost of everything by three times, your CPF pay out would only have the real equivalent value of just S$300; an amount that’s impossible to live on.

Say a Singaporean company issues S$150 million worth of bonds, many of which have been bought by investors in China, Malaysia, Hong Kong, and so forth.

If the Singapore government were to suddenly raise the money supply, and S$150 million were to halve in value overnight, the company’s overseas bondholders would suddenly find themselves holding worthless bonds.

This gets worse if the bond issuer is a government. In such cases, politics inevitably enter the picture.

For example, the United States owes US$1.4 trillion to China, but that doesn’t mean they’re hostage to China: if the US were to print 1.4 trillion dollars to pay the debt - which they absolutely could - they would seriously damage China’s economy alongside their own.

(Actually, the entire global economy would fall apart as well, as commodities like oil are priced in US dollars. Petrol costs, for instance, would rise so high that transport and logistics would come to a halt everywhere).

Suffice it to say that “printing more money” isn’t just a domestic concern; there are sometimes foreign political pressures involved as well. And the more a government borrows from other countries, the more scrutiny and pressure its monetary supply gets from foreign powers.

That’s why Singapore, perhaps wisely, avoids borrowing money from foreign powers (our foreign debt is primarily from bonds issued by our companies, not our government).

That being said, there are situations when governments WILL raise the monetary supply.

The most common example of this is the Global Financial Crisis in 2008/9. At the time, the American government increased its monetary supply through Quantitative Easing (QE). The government purchased bonds at a furious rate, flushing the economy full of cash.

Some analysts predicted doomsday scenarios, in which hyperinflation would ruin the economy. And yet, despite almost six years of QE, America is struggling to reach even two per cent inflation.

This still causes a lot of head-scratching, especially among those who were taught in school that “increasing monetary supply = hyperinflation”.

Well the reason it didn’t happen is that the US was in a deflationary spiral; a sort of reverse-hyperinflation.

Deflationary spirals happen when the economy is seriously disrupted, and people are uncertain (this was the case following the ‘08 financial crisis). In these situations, people tend to hold on to their money, rather than investing it or spending it.

This pressures businesses to sell off goods and services for cheap. This means fewer profits, so businesses then lay off more people, and stop expanding.

As more people get laid off, and businesses stop hiring, people increase their hoarding even more, which in turn causes businesses to lower prices, which...you see where this going. A deflationary spiral continues this way, until the economy falls apart and dies.

During QE, what happened was that banks and key financial institutions hoarded the increased money supply. This made their financial positions look a lot better (at least on paper). However, this illusion was enough to restore confidence, and get the old cycles of investment and growth going again.

In this situation, the American government arguably made the correct decision. It was, perhaps, something they learned from the Great Depression back in the early 20th century (another deflationary incident).

It just goes to show that economics - and particularly the question of when a government should “print more money”, isn’t as clear cut as we’re often taught to think. 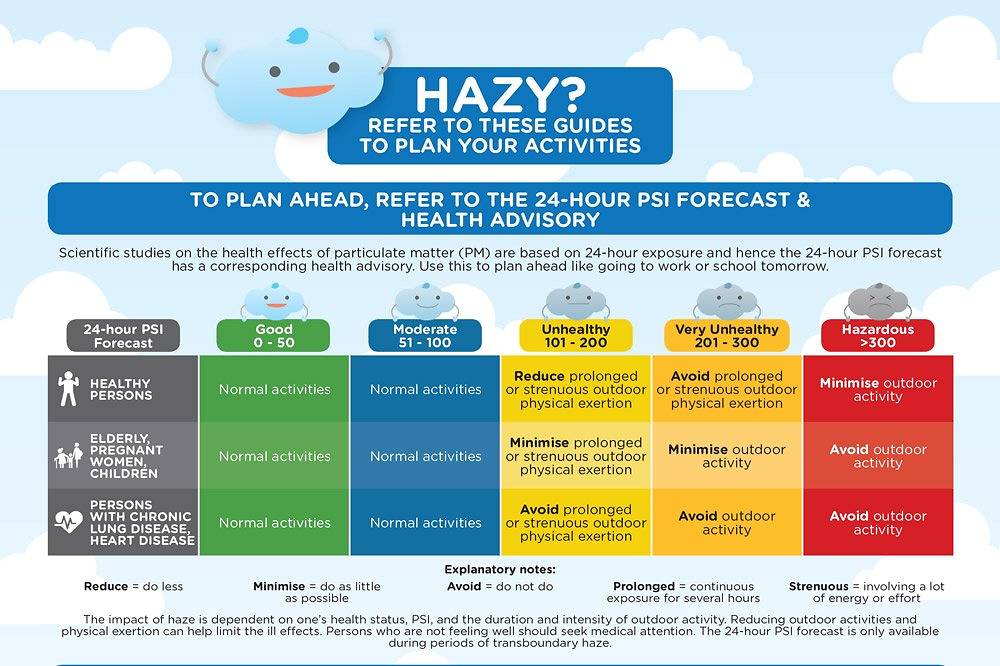 7 Ways the Singapore Haze is Costing You Money 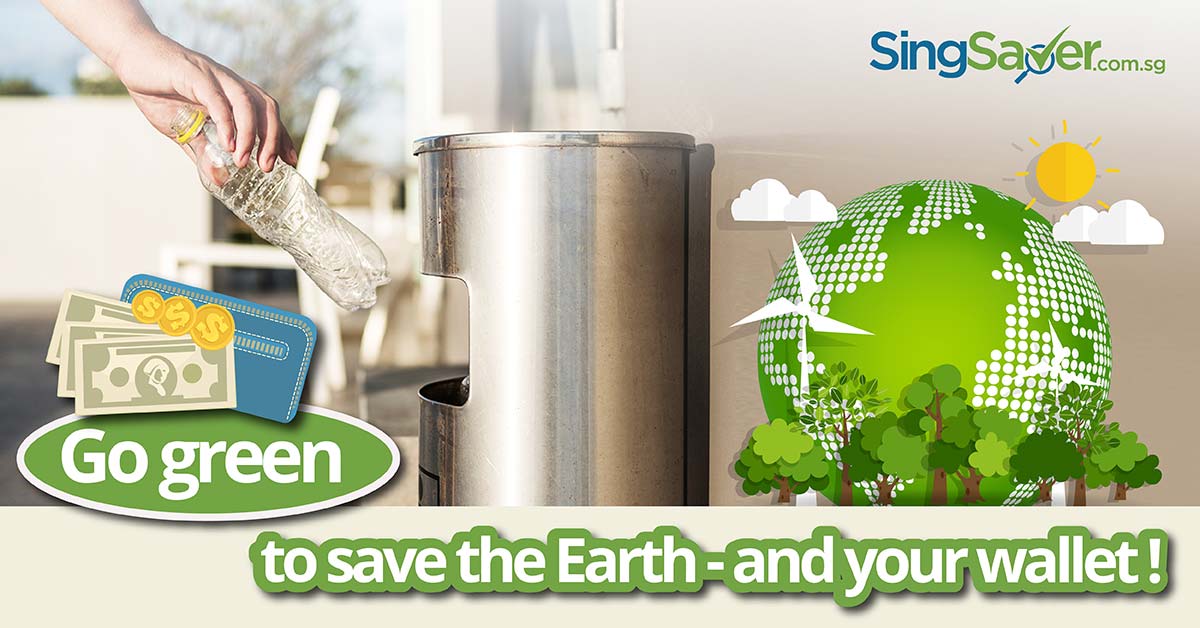 Why Environmentalists Are Richer Than You 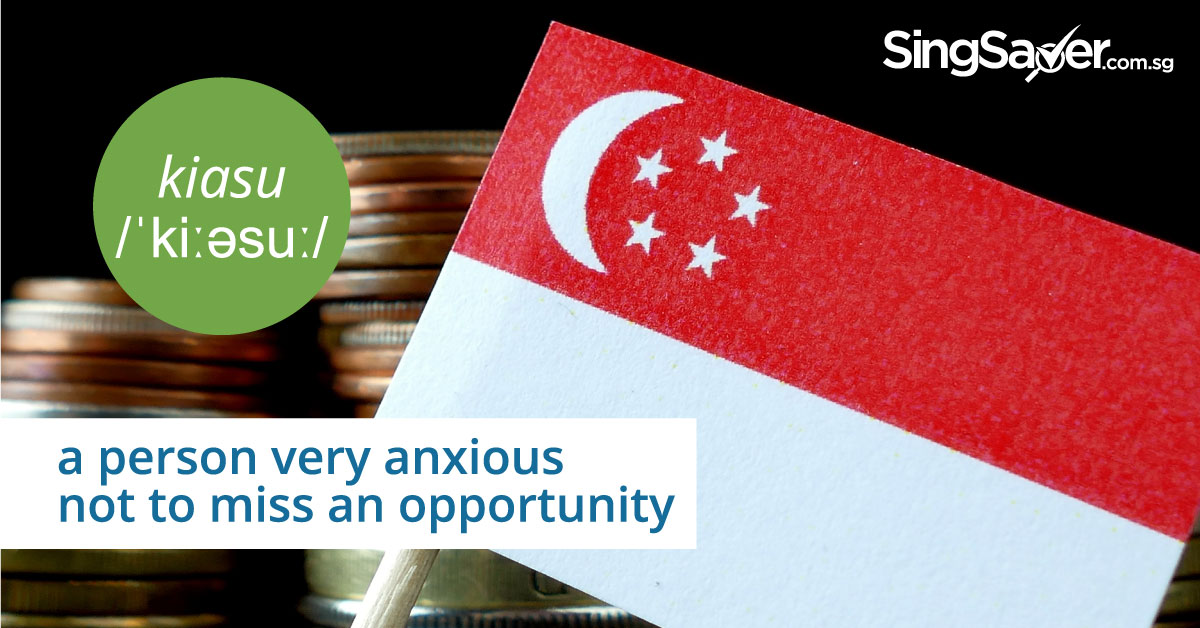