Is Game of Throne’s “Iron Bank” a Veiled Criticism of the IMF? 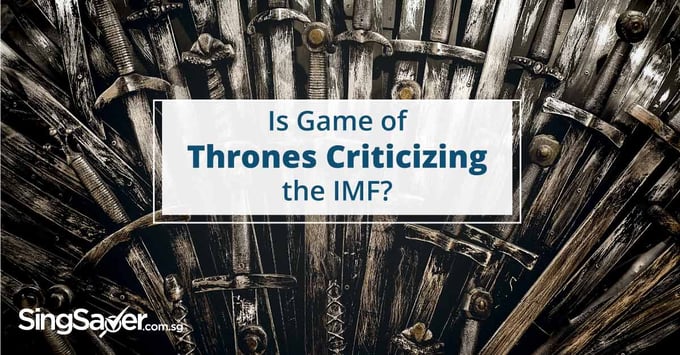 The Iron Bank of Braavos is the most powerful financial institution in the Game of Thrones. It controls the fate of nations, just like the real-world International Monetary Fund (IMF).

In the Game of Thrones series, the Iron Bank of Braavos is the world’s most powerful financial institution. As the only “multinational” bank in its fictional setting, the Iron Bank controls the fate of powerful individuals and nations alike.

This will all sound familiar to some people. These criticisms echo real world fears of the International Monetary Fund (IMF).

What is the Iron Bank of Braavos?

In the Game of Thrones (GOT) series, the Iron Bank is an ancient financial institution. It’s founded by a group of traders, who used to hide their wealth in an abandoned iron mine (hence the name).

In season three, Tyrion Lannister points out that the Iron Bank likes to finance a kingdom’s enemies, when said kingdom doesn’t repay its debts. True enough, the Iron Bank secretly backs Stannis Baratheon, who attempts to claim the throne for himself.

A common saying of the Iron Bank is that “the Iron Bank will have its due”. Many rulers are both dependent on it, and afraid of it at the same time.

What is the International Monetary Fund (IMF)?

The IMF is a financial organisation dedicated to economic stability around the world. Founded in 1944, the IMF currently has 189 member countries, and its roles include fostering free trade, fueling economic growth, and reducing poverty around the world.

One of the central roles of the IMF is loaning money to countries in distress. During the Greek Financial Crisis, for example, the IMF played a role just as vital as the European Union (EU).

Unfortunately, the IMF has just as many critics as it has supporters. It’s often accused of interfering in local politics and having an inordinate degree of influence in how countries are run.

The “Iron Bank” metaphor isn’t restricted to the IMF. It’s also partly inspired by the Italian city states in the later Renaissance, where banking was born. But it does seem to be a caricature of all the accusations often hurled at the IMF.

These accusations, in the real world, pivot around how the IMF can influence the development of local politics, and hijack a country’s sovereignty. In a recent bailout to Egypt in 2016, for example, the IMF attached austerity measures - conditions such as slashing certain forms of social support - in order to bring the national budget back in line.

These measures can significantly alter the lives of citizens. Cost cutting can mean that citizens suffer slashed pensions, see their housing subsidies dry up, receive fewer education grants, and so forth. But these are conditions the IMF can indeed impose, as the price of its loan.

The behaviour of the Iron Bank in the GOT series embodies everything critics fear about the IMF. When the Iron Throne of Westeros seems unable to repay its debt, the Iron Bank goes on a programme of what - in our real world - would be called “regime change”: they fund Stannis Baratheon, a challenger to the throne. Despite being a complete outsider, the Iron Bank is able to influence Westeros better than even the kingdom’s own people (and many of its lords).

The Iron Bank also has a tendency to maximise its leverage, by calling in due loans at the worst times. After Tywin Lannister’s death, the Iron Bank calls in a tenth of the amount they’re owed, which is twice the amount of money that the kingdom actually has. However, the Iron Bank should have realised the kingdom would be in no position to pay, precisely because of the chaos following Tywin’s death.

This is another criticism commonly levelled at the IMF. Their loans are virtually impossible to repay (by design or bad management), because of the nature of countries that borrow heavily.

Countries that tend to be mired in debt - such as during the rebuilding from a war, or from a collapsing economy - are the ones that need big loans from the IMF. Countries that are well-developed seldom need the IMF, and are often the ones contributing to it. Yet this perpetuates a system where vulnerable or developing countries are perpetually stuck in debt; and they have to live in fear of the debt being called in, if don’t listen to the IMF, or its major contributors.

Notice that once Cersei repays the debt, the Iron Bank immediately offers another loan. But why would they?

Westeros is ravaged by war, winter is coming, and there’s a big risk they wouldn’t be able to repay it. There’s only two possible reasons the Iron Bank would extend such an offer: short-sightedness on their part, a desire to hold Westeros in control with their wealth, or even a combination of the two.

This mirrors the dual accusations often hurled at the IMF, which either paints them as incompetent, or as political manipulators.

The Real World IMF is Not So Simplistic

Volumes can, and have, been written about whether the IMF is a boon to societies. For all its faults, the IMF has done a lot to help developing and disaster-struck nations.

The Iron Bank seems to be based on only the darkest and most negative stereotypes affixed to the IMF, along with snide references to the nature of banking (the Iron Bank was founded by slaves, and now in turn enslaves others through money). Perhaps Cersei should follow up on that idea of Westeros having its own bank.

10 Weird Things You Can Be Fined for in Singapore

3 Reasons Orchard Road May Never Return to Its Former Glory 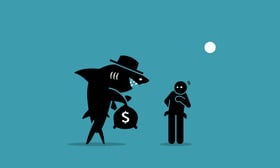 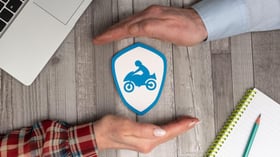