Why Life in Singapore is More Expensive When You’re Single 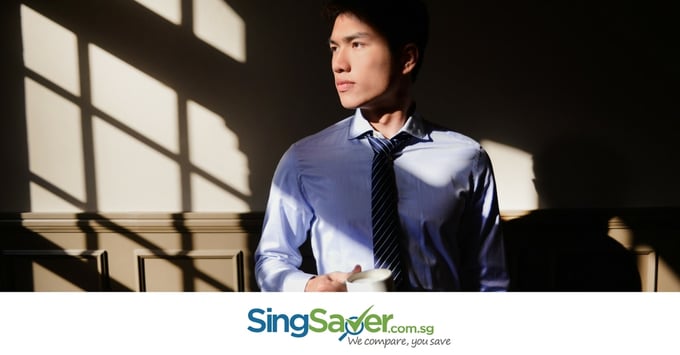 Whether it's dinner out or an HDB flat, single adults in Singapore pay a lot more than couples do.

Single Singaporeans face extra costs in many areas of daily life. From dining out to buying a flat, singles adults have to choose between spending less and sacrificing quality, or spending more to match the satisfaction couples enjoy.

When you’re a single adult, life in Singapore is more expensive because...

When you're single, you get used to having meals by yourself. But you're probably not aware that lone diners actually pay more per person for food.

Say you decide to treat yourself to a nice restaurant meal after a highly stressful week. Unless you're a particularly austere eater, you'll probably want an appetiser, side dish or dessert to your main dish.

It's not a matter of greed; sometimes, you just want some variety. And with the sunk cost of already committing to a restaurant meal, you'll likely be willing to spend “a few bucks” for that plate of calamari to go with your pasta. Throw on a tiramisu and a coffee, and without meaning to, you'll have inflated your dining bill by 30% to 70%.

You'll also struggle with this when eating alone at hawker centres. Although the food costs are lower than at a restaurant, and there's (arguably) more variety, you'll still have to pump up your bill if you want something more than “that chicken rice” again.

Couples who dine together can opt to share appetisers or dessert, effectively halving the cost of the added items. Better yet, they can both order different dishes and share their food, eliminating extra expenses without sacrificing enjoyment. Additionally, some credit card dining promotions such as the one from the American Express Platinum Card are only valid when there is a second diner present.

So you've decided not to dine out, opting to go to restaurants only in the company of family and friends. Instead, you'll cook your own meals. You'll save a ton money and also start finally eating healthier. Right?

If you're at all familiar with cooking, you'll recognise the challenges that come with cooking for one. First, it's often difficult to control the portion of the ingredients such that the finished dish is just nice for one. (But don't feel too badly if you end up cooking more than you intended – Singaporeans in general suffer from this affliction.)

Next, ingredients are rarely available in singular portions. Think eggs - you'll have to buy at least 10 or splurge for fancy half-dozen organic ones, even if you need only one or two for your meal. Staples like salt, sugar, rice, flour and oil also don't come in single-use versions, and neither do herbs, spices and sauces. If you don't use up all the ingredients, you risk food wastage through spoilage.

The problem can be exacerbated when you patronise businesses which offer delivery services, as most come with minimum orders. Otherwise, a delivery fee is imposed. For instance, Redmart requires a S$49 order minimum to qualify for free delivery; otherwise, delivery costs S$7. So what started as a S$30 shopping list will grow by more than 63%, just to qualify for free delivery.

Sure, a lot of wastage can be avoided by planning out your meals. But that requires sufficient cooking knowledge and skill to produce (at least) 20 meals with enough variety and nutrition to last you through the month. Also, plans change, which means your chicken wings now marinating in your fridge will be overly seasoned by tomorrow.

As a result, single adult Singaporeans face a unique conundrum: to continue dining out to the detriment of health, satisfaction, and bank account, or to commit the time, effort and energy to cook regularly, and still end up spending as much – if not more – on meals!

Sure, dining out and preparing meals may cost more, but being single also comes with awesome benefits, like the freedom to drop everything and go on a holiday. Sounds great - until you realise that singles pay more on average per person when travelling.

Empty airplane seats translate to a loss of revenue, which is why airlines often dangle “2-to-fly” offers. They're not actively snubbing singles; they're just trying to fill up seats. But that still means that those without a dedicated travel buddy lose out.

Like airlines, hotels must ensure their rooms are occupied as much as possible. Single occupiers are regarded as less commercially desirable for hoteliers, as the fixed costs of running a room are the same no matter how many people use it. Singles are also seen as spending less in the hotel's restaurants and bars.

Hence, the industry imposes a single supplement, essentially a premium imposed for occupying a room by yourself. (This, by the way, is why single rooms and double rooms are priced closer than seems logical.)

So as a single traveller, you'll have to choose between paying higher per sq foot for a smaller room, or booking a double room and paying as much as both your friends giggling away next door.

When it comes to getting a HDB flat, singles (once again) end up with the short end of the stick.

Singles are not allowed to purchase any flats from HDB until they are 35 years old. Even after bearing this time penalty, you'll face limited choices – a brand new but tiny one- bedroom apartment, or a larger home that's been “pre-loved”.

Granted, at S$79,000 to S$127,000 per unit, a 2-room Flexi BTO is an affordable choice for a single homeowner. Demand among singles has also eased, but as of last November, the application rate is still standing at 7 applicants for each 1 unit available.

With housing prices among the highest in the world, it's a good thing that our government provides subsidies and housing grants. But if you're a single buyer earning more than S$2,500 per month, you will only be entitled to a single grant of S$15,000.

Get Ahead By Educating Yourself

With the world seemingly stacked against them, how can singles come out on top? Perhaps more than anything, educating yourself about personal finance will help you even the playing field a little bit.

If you haven't already, why not subscribe to our newsletter? You'll receive our articles and latest deals, helping you to save money!

Why You Should Date Someone Who's Poorer Than You