How Your Parents’ Income Ultimately Affects Yours 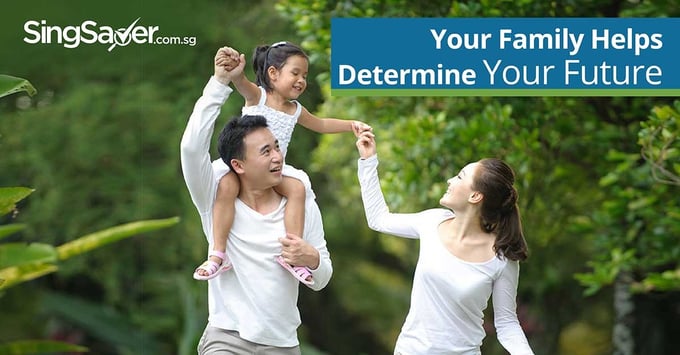 It’s a simple fact that your parents’ income has a huge impact on yours, as wealthier parents can give you more advantages. Here’s why.

Minister for Social and Family Development Tan Chua Jin recently talked about the new KidSTART initiative. This is a programme to identify and help children from vulnerable families in Singapore.

It’s long been known that your parents’ income - along with the stability of your family - are a major determinant of your future income. Here’s how your parents ultimately affect your pay cheque.

In a study done in the United States, for example, it was revealed that children in 90th percentile families (i.e. families with a higher household income greater than 90 per cent of the population) ended up with an income of 200 percent more than their counterparts in the 10th percentile.

Compared with the 50th percentile (middle class families), the children from wealthy backgrounds still earned around 75 per cent more.

Children from middle class families tend to earn double the income of their working class counterparts (from the 30th percentile or lower).

While the study took place in America, it is generally true for most countries. It’s a simple fact that your parents’ income is a big determinant of yours, as wealthier parents can give you more advantages. Here’s why.

Imagine someone going up to a jackpot machine with S$2, and someone who approaches with S$10,000. Who is more likely to win?

Common sense states it’s the person with S$10,000, as that player would have many more pulls (chances) than the person who can afford only one game. Now the same unfairness applies, when it comes to second chances and safety nets.

If you’re from a poor family, things like trying to start your own business is a major hazard. You will probably need to take loans because your own family can’t provide you the funds needed. And should the business fail, you would be saddled with debts, and probably unable to recover.

But imagine if you’re from a wealthy family, which can provide you with an interest free loan. Donald Trump, for example, had loans of up to US$9 million from his father.

In the off chance that your business fails, there is no real consequence, and you can always try again. Wealthy children get repeated chances, whereas their poor counterparts only get one.

This applies to more than just business, of course. Wealthy families can support a son or daughter who fails university exams, and needs to try again for another year. Wealthy families can also afford private schools and tutoring for their children, whereas for poorer families, failure in school could lead to a permanent low-income situation.

Assuming people of both backgrounds face similar risks in life, the wealthy ones are more likely to succeed, just because they have more chances.

Opportunity to Build on Talents and Skills

In the book Outliers, Malcolm Gladwell explains the differences in child-rearing caused by inequality. Children from better off families are more likely to have their talents and skills recognised and further developed, whereas the same is not true if you grew up poor.

For example, in many upper middle and upper class families, the slightest sign of talent is immediately built upon. If a child displays a knack for music, the parents send the child to the best piano, violin, etc. teachers available. If the child enjoys toying with computers, expensive coding courses go on the after-school activities.

Conversely, poorer families can’t do much other than offer congratulations. In some cases, they just dismiss these talents as “cute” but otherwise unimportant.

This means children from wealthier backgrounds find it easier to excel and stand out. They find it easier to get jobs (they are more likely to get into a good university, with their varied talents and skills), are more likely to stand out in the crowd (and thus get promoted), and may even find significant income sources through their developed talents.

Getting a job isn’t just about formal qualifications. Most of the time, it’s about who you know. It’s quite common for people who are referred - by a friend or a colleague - to skip ahead of the queue. Some bosses are just more likely to hire someone recommended by their aunt, than candidate #57 who happens to have the right degree.

The clincher is, there’s a correlation between high income families and their connections. Wealthy families tend to be in touch with captains of industry, company directors, important politicians, and so forth; if your family owns six or seven major businesses, or your parents are C-level executives, they likely have a wealth of influential contacts.

Likewise, there’s the issue of going to the right school, and having the right social circle. Wealthier children congregate in certain universities, or hang around each other; this creates a social class of elites that engage and back one another up.

Children from poorer families tend to be left out of the loop; for them it’s like starting life’s race with a bad ankle, or no shoes. They might still get ahead with sheer grit but it takes more effort, and they’re more likely to fail.

Success Can Be Inherited

If your parents run a successful, multi-million dollar business, you could inherit a business that’s already established. This could put you in a high-income bracket right out the door.

At the very least, the children from successful families have good coaches. Their parents most probably know a way to success - such as stock trading, running a business, or even thriving in the corporate world. These children thus have the benefit of expert guidance, from people who are invested in their success.

Poorer children, on the other hand, often have to find help the hard way.

But Your Family Background Isn’t Everything

There are plenty of rags to riches stories out there. Warren Buffet, for example, didn’t come from an especially wealthy background. The key is to remember that the birth lottery just affects the start of the race:

It may mean you have to work harder, and sacrifice more, than your counterparts. But it doesn’t mean you can’t find the same degree of success eventually.

How Birth Order Affects Your Income

What Makes People More Likely to Use Their Windfall?

Parents: Here’s Why You Shouldn’t Dip Into Your Child’s Savings

10 Questions to Ask Your Partner About Money Before Getting Married 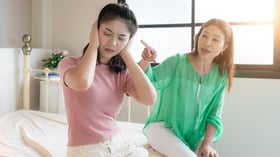