What Makes People More Likely to Lose Their Windfall? 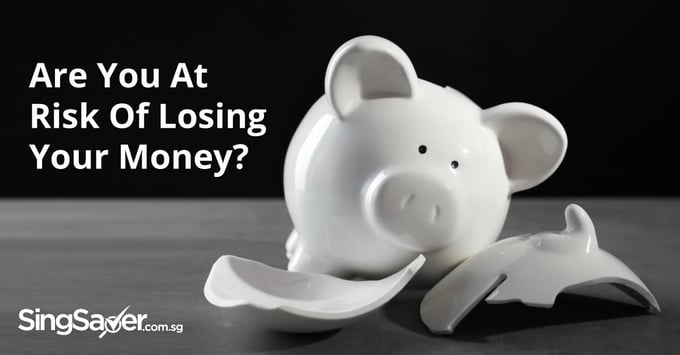 Last year, the Powerball in America became one of the biggest lottery prizes ever paid out - it was over S$1 billion. However, many financial organisations already predicted that most of the winners would be broke in just five years. Similarly, we found that winning the TOTO is not exactly the financial blessing you’d expect.

From large inheritances to signing a big contract, it’s not uncommon for many people to lose their financial windfall. Here’s why.

You might think that, if you have over a million dollars saved and invested, you would feel happy about it. In reality, this tends to be true only if you obtained that money over time. If you got it all in a windfall, the opposite tends to happen.

Imagine this: you’ve just won S$1 million via the lottery, and you decide to be wise with it. You use half of it to invest in various unit trusts and an insurance policy, and put the other half in a high interest private banking account.

Altogether, you get returns of about 3% every year, which you allow yourself to spend. Three per cent of S$1 million, every year, comes to about S$2,500 a month. This is a good amount of money, but not really enough to splurge on five-star hotels, and go on weekly vacations.

The trouble comes if you there’s disparity between your expectations, and how your life has actually changed. If you were expecting to live the high life, you’ll be disappointed - your life has improved, but not in as dramatic a fashion as you hoped.

Every time you see something you want - a car, an expensive bag, a new computer - you’ll find you’re still restricted by an (albeit higher) monthly budget. And yet, you’ll also know you could reach out for a million dollars, and buy it right away.

For many people, this actually causes a lot of misery. They often give in to temptation and spend everything once their willpower gives out.

Numerous studies have shown that friends and relatives are one of the main causes of losing a windfall.

For example, say a friend asks for help with their S$40,000 operation. If you’re not rich, you won’t feel too bad just contributing what you can. But when you have a million dollars - and the person asking also knows it -  guilt will pressure you into paying for the whole thing.

Now imagine a whole queue of friends and relatives, all lining up to ask for help that way. It’s no surprise how quickly a windfall vanishes.

There’s an Illusion That Money Will Never Run Out

To understand how this works, think back to when you first started working, or your first allowance.

Notice how there’s a pattern: when you first gain access to a big chunk money, it often feels like more than it actually is. It takes a few months before you adjust, and start worrying about a proper budget again.

The effect is amplified when you get a huge amount, like S$1 million. For example, it might dawn on you that you could spend an entire year of your income (say S$100,000), and still have enough money left over to a buy a whole condo.

This sense of abundance can make you spend far more lavishly than you normally would.

How to Avoid Losing Your Windfall

To minimise the financial pressure on yourself, there are just three simple steps to take.

First, don’t broadcast your wealth. The fewer people approach you for money, the less pressure you’ll have to part with it. Tell your immediate family to be quiet about it, and try to keep it between you and a qualified financial adviser.

Second, try to keep your money where you’ll have difficulty getting at it. For example, if you put the money into a house that you rent out, you can better resist the temptation to spend huge amounts of it at once. You could also put it in bonds or endowments, which lock down the money until a given maturity date.

Third, sit down with a financial adviser to work out how much you need to retire, and how much your new wealth affords you. After you see how much money you’ll need over time, you won’t be as easily misled about how much you can afford to spend.

Infographic: What Your MBTI Type Says About Your Money Habits

15 Ways You're Secretly Sabotaging Your Own Finances