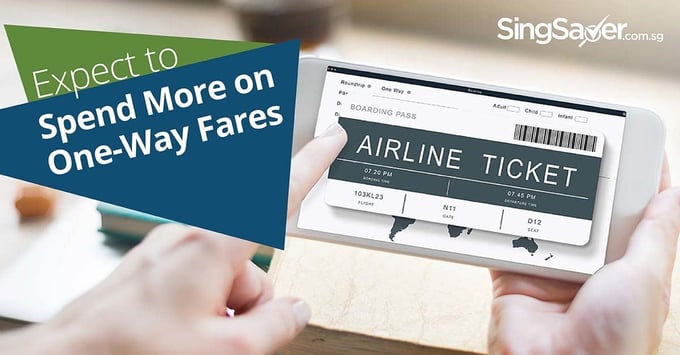 It's common for a one-way flight to cost as much or more than a return flight. Why does this happen?

That might not make sense, since the return ticket encompasses two trips. But as always, there are bizarre reasons behind the way airline prices work. Here they are:

Reason #1: To Secure Your Business On the Return Trip

Let’s say you run an airline.

Not really. You see, what happens if I buy a one-way ticket to London from you, but decide to fly back with another airline?

Perhaps I buy a S$750 ticket to London, but while I’m over there, I find an alternative flight back that only costs S$720. You’d lose my business on the return trip.

Instead, a cunning approach would be for you to encourage return trip tickets; that would guarantee I’m also flying back with you.

The problem is, I might still insist on buying a S$750 one-way ticket (I’m trying to be clever too; I know may be able to find a cheaper flight back). So now, in addition to pricing a return ticket at S$1,500, you also have to raise the price of one-way tickets to the point where it doesn’t make sense to buy them.

Reason #2: Those Who Need a One-Way Ticket Usually Have No Choice

Ever wondered who would book a one-way ticket?

The answer is definitely not regular tourists. When we go on vacation, we know when we’re leaving. and when we’ll be back. People who book one-way tickets tend to business people, or travellers looking for job opportunities abroad. These types of travellers need a lot of flexibility; they don’t want immigration authorities breathing down their necks when they’re in the middle of a million dollar deal, or are two days from a critical job interview.

As such, they won’t be deterred by, say, S$500 more for a one-way ticket. And there’s no reason why an airline wouldn’t get more money out of them, when they’re willing to pay.

Reason #3: One-way Tickets Are Paid for By Companies and Are Tax-Deductible

This is related to reason #2. Most people who buy one-way tickets are doing so for work reasons, and that affects buying behaviour.

For example, the traveller may be an employee of a large corporation, temporarily transferred to an overseas office. The airlines know these people don’t pay their own fare - their employers do. As such, they are not as price sensitive as vacationers; a price difference of even S$1,000 is trivial to a multi-national employer.

For business owners, airline tickets are often tax-deductible as a business expense. They often don’t mind the higher price, as it can be subtracted from taxes they would have had to pay anyway.

Both are factors that allow airlines to charge more.

If you want to save money on a one-way flight, we have to be frank and tell you it’s not likely.

It’s a minority of travellers who buy these tickets, so the intense competition that leads to undercutting just doesn’t exist. Other than Jetstar's promotions for one-way flights, most airlines don’t have much pressure to lower the prices of one-way trips.

The only way to save money on your flight is to use your existing air miles for to pay for it. 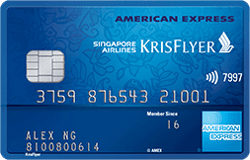 Don’t have enough miles? Use this as an opportunity to earn more. Booking your flight with the right travel credit card can earn you double the usual rate. The American Express Singapore Airlines KrisFlyer credit card, for example, earns you 2 KrisFlyer miles for every S$1 you spend on SingaporeAir.com.

What Type of Travel Insurance Will You Need? 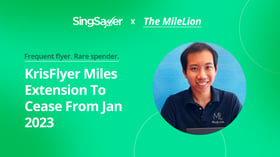 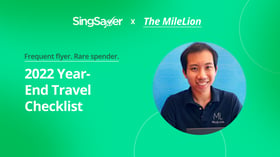