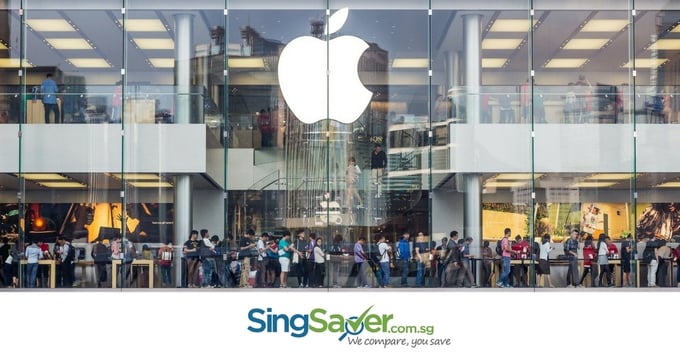 Being brand loyal is rewarding - or so you think. Because of several cognitive biases, brand loyalty actually makes Singaporeans spend more.

Knowing how to save money and spend wisely is well and good, but what really drives our money habits? Why do we Singaporeans spend as we do? In our new Money Mastery series, we take a look at the psychological workings behind the scenes that govern your relationship with money.

Being brand loyal is rewarding. You get special invites, exclusive gifts, dibs on the latest announcements, motivation to scream at complete strangers over the Internet – all for the privilege to spend more money than anyone else.

In today's confusing world, it's more taxing to choose between the brands and packages that come flying our way. Better to choose a particular brand, stick to it, and it's apples all the way, right?

After all, we're rational creatures, and every choice we make is a carefully considered one, crafted with the cold steel of our clearly superior intellect. It follows, then, that there are good reasons for aligning ourselves with a particular brand, and everyone else is an idiot.

Well, not quite. The truth is, we prefer the things we own not because of any demonstrable superiority over the other choices, but because we defend our past choices to protect our sense of self.

In a fascinating experiment conducted by Baylor University, Texas, participants were divided according to their professed preference for either Pepsi or Coke. They were then given unmarked samples or either Coke or Pepsi to drink, while hooked up to an MRI machine.

The participants showed a clear preference for Pepsi (blasphemy!), as evidenced by pleasure centre activity showing in their brain scans. But when Coke fanboys were given Pepsi again – and this time, knew they were drinking Pepsi – their brain scans actually showed reduced pleasure signals. And, in contrast with their brain scans the first time round, they reported that they enjoyed Coke more than Pepsi.

What happened? Being brand loyal had altered their sensation of the product, turning an objective experience (sensation of taste) into a subjective assessment (preference for the inferior product).

The next time you're tempted to proclaim how the iPhone 7's lack of headphone jack is the superior option – even though it will cost you more in terms of convenience and money – ask yourself if it's not brand loyalty hijacking your experience.

How Brands Get You Hooked

You may think that it's the brand that's working hard to keep your loyalty. After all, we're at liberty to take our business elsewhere, anytime we want, right?

However, it is our own cognitive biases that keep us on the hook.

Take the Endowment Effect for example, where we think the stuff we own has higher value simply because we own it. Researchers found that people who get free items – say, a bottle of water – tended to want more money in compensation for selling that item. In contrast, if given the choice to buy that exact same item, they wanted to pay less money.

And then, there's Choice Supportive Bias, a major confirmation bias that triggers every time we purchase something. Choice Supportive Bias works like this: to reduce the inherent anxiety that comes from making a choice (and the more expensive the choice, the higher the anxiety), we make justifications after the fact to explain why our chosen option is the best one.

Taken together, it's easy to see why being a fanboy (or girl) has become the cultural norm in our world of rich and diverse consumer goods. All a corporation has to do is to create an association with their products or services that we identify with. Once we've bought into it (i.e., become branded), our cognitive biases kick in and keep us engaged.

What is Your Brand Loyalty Costing You?

Brand loyalty is such an insidious force that we fail to notice the price we are really paying. Take for example, Apple, which has built up brand loyalty to such an impressive degree that it can get away with things other companies wouldn't dare dream of.

Remember the good old days when we could swap out depleted mobile phone batteries for fresh new ones? Apple came along with the iPhone and took that away, to nary a peep from the famously vocal tech industry.

Now, Samsung has followed suit with its latest iteration – the Note 7's battery is non-removable, arguably contributing to the PR and logistical nightmare of resolving its current “exploding phone” image.

Take another recent craze – Taiwanese milk tea. The one which prompted that one Tampines guy to go on a hoarding spree, inspiring much virtual hate in the process. Fans of Cun Cui He milk tea thought nothing of getting up in the wee hours and paying $2.80 per bottle when it debuted at local 7-11 stores, nevermind the fact that these sell for about $1.20 in Taiwan. Enterprising Singaporeans even started re-selling their haul, at the totally reasonable price of $4 per pop.

Or maybe you prefer your cuppa freshly brewed. If you're a Starbucks regular, you'd surely have noticed how the prices of your favourite drink have crept up over the years. But it doesn't bother you as much as it rightly should.

An expert at value-based pricing, Starbucks shrewdly hikes up prices in a way that ensure their core demographic – higher-income coffee drinkers who see the beverages as an affordable luxury – remain pliant and accepting of ever-increasing prices.

There's no doubt that being a fanboy is fun. You get to obsess over every little detail, trade gossip, gobble up every piece of news, defend every criticism, snigger at scathing memes and categorise your friends.

Keep in mind that brand loyalty is a self-created, self-sustaining phenomena that have very little do with our chosen brands. In fact, corporations couldn't care less the heights to which you take your brand loyalty – as long as you keep buying the shinier, more expensive offering at release, right on schedule.

Next time you feel shivers creeping down your spine at the sound of the next keynote playing, it's a good time to remember that brand loyalty costs you more than it gets you.

Pro tip: make your purchases with a credit card so you can at least earn back some rewards when you support your favourite brand. You can use SingSaver.com.sg to compare credit cards and find the right one for you.

Why Is It So Difficult to Control Your Spending?