4 Ways Your Friends Are Ruining Your Finances 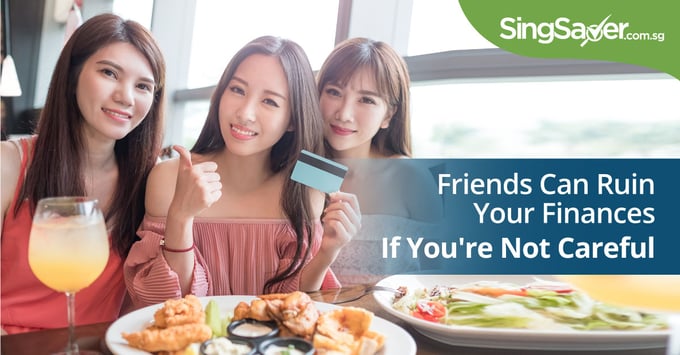 Friends are awesome and important, until they start ruining your finances in these four ways.

But there are also those times when they hurt us whether or not they mean to. One inevitable wedge between you comes in the form of money.

Remember that episode in Friends where Phoebe, Rachel and Joey protest that the other half of the clique, Ross, Monica and Chandler, does not spare a thought for their lack of income when it comes to eating out and celebrations?

Some people can’t afford all those expensive dinners and gifts all the time. Those who can, may not realise or understand this. Money is an uncomfortable topic, even among the closest of friends. So we avoid talking about it as much as we can help it. But not addressing the gleaming gold elephant in the room can pose serious threats to your friendship.

We did a little investigation and discovered four very real reasons why your good friends may be bad for your finances, and how you can deal with it so you remain BFFs.

It’s that time again to organise the next catch-up sesh, and you have that “ring leader” friend who loves making all the decisions and books an expensive restaurant.

At the end of the meal, after you’ve had a vegetable soup or salad you can barely afford (“I’m dieting,” you fib) while others have their baked lobster and champagne, you are faced with “The Ross” — that friend who splits the bill equally so you end up paying S$60 for soup!

How to deal with it: Try the honesty policy. Tell the organiser that you have a budget, and perhaps suggest going Dutch before the get-together. Who knows, maybe even the Rosses of the world will find it in them to understand your dilemma. Because that’s what friends do.

Yeah, we’re talking about destination weddings. Don’t we all love them — an excuse to “get away”.

But here’s the catch: In addition to an ang pow or wedding gift, you are going to have to dig deeper into your pocket to pay for your own airfare and accommodation, and very likely a new dress.

Can you really afford one night — or half — at the St Regis Bali? Does you friend get it that you don’t earn enough to attend her fancy wedding or be part of the bridesmaid posse?

How to deal with it: First of all, ask yourself: What is your friendship worth? Never agree to be part of the wedding party if you aren’t such good friends to begin with.

If you are BFFs, it gets trickier. But if she is indeed your bestie, then she should also understand that the happiest day of her life should not also be the most broke year of yours.

3) They Expect You to 'Support' Their MLM or Insurance Business

A friend in need is a friend indeed. As much as we advocate that you support your friends in their new job, there is such a thing as too much support.

Do not allow your friends to guilt-trip you into buying products or memberships you don't need. Neither should you force yourself to sign up an endowment policy or insurance plan that you don't fully understand nor want. If they are true friends, they wouldn’t push you to do that anyway.

How to deal with it: You may not need what they’re selling, but you want to be a supportive friend. Before you dive into saying yes, look at your finances and know what you’re getting yourself into.

If you can’t afford to be a customer, be direct and say no. You can try offering other forms of support, such as helping to organise a sale event or spread the word.

4) They 'Borrow' Money and 'Forget' to Pay You Back

Hands up if you have at least one such friend.

No doubt, there are times when people do forget. We’ve been guilty on one or two occasions. If it’s a matter of a cup of coffee, and an isolated incident, you could probably graciously chalk it up to a treat for a friend. No biggie.

But if it happens habitually, or if the loan amount is much larger, then it’s time to re-evaluate the situation or even your friendship.

How to deal with it: Understand your friend’s financial situation — does he/she really have the ability to pay you back? How big is the amount? If he/she never pays you back, can you live with it?

Have an open, honest discussion. And if you don’t feel right, be direct, and say no. See if there are other ways you can help. Also, recognise patterns for pettier “loans”. Some common tactics:

Alexa is a pop-culture vulture. She lives to read, write and travel, and decided long ago that life is stranger than fiction. When she's having croissant, she thinks in French. "31 Rue Cambon" is her favourite address, and she believes that money one enjoyed spending is never money wasted.

Alexa is a pop-culture vulture. She lives to read, write and travel, and decided long ago that life is stranger than fiction. When she’s having croissant, she thinks in French. “31 Rue Cambon” is her favourite address, and she believes that money one enjoyed spending is never money wasted. 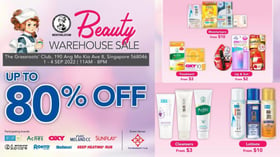 Up To 80% Off Skincare Products, Including Hada Labo Cleansers From S$3, At Singapore Warehouse Sale Until 4 Sept. 2022

7 Best Onsens In Singapore To Melt Away All Your Stress