5 Ways You Can Get Ripped Off Buying Property Overseas 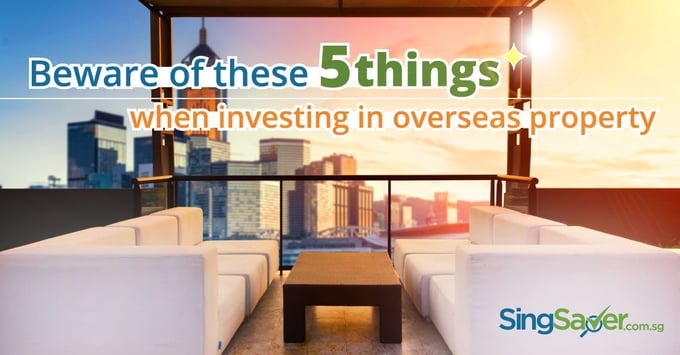 Investing in properties overseas may be a way to escape tight regulations at home, but Singaporean investors could be playing with fire.

Yesterday, the Straits Times reported that 69 Singapore investors were burned by property investments in Bintan. Construction of The Heritage, a hotel and condominium, was stopped a year ago and won’t be completed. The investors lost amounts that ranged from S$140,000 to S$500,000.

Many Singaporeans choose to invest in properties overseas, so as to escape Singapore’s tight regulations. However, doing so exposes you to the risk of being burned. To help prevent this from happening, be aware of these 5 things before you buy property abroad:

Developers Abroad May be Subject to Looser Regulations

Developers in Singapore are subject to stringent requirements, before the government allows them to build and sell property. These requirements range from safety records, to having sufficient financial capital to complete their projects.

We probably don’t need to mention safety or architectural standards - most of you know to be wary of buying a house that could collapse. However, you also need to consider whether the developer has sufficient capital.

In some countries (which we won’t name out of politeness), a developer may be allowed to start selling a project that it doesn’t actually have the funds to complete.

For example, say a development will cost S$70 million to complete, but the developer only has S$60 million. The developer will aggressively sell units, even before the project is finished; they’re hoping that the sales will make up for the S$10 million shortfall, and allow them to continue the project.

Should the developer fail to sell enough units to continue construction, they’ll pull the plug. That means the development is left unfinished, and every buyer is left counting losses.

As you have no real way to look at the finances of the property developer (unless they’re a listed company), you could be playing with fire.

Sellers of Overseas Properties May Not be Regulated Agents

When you buy a property in Singapore, you can be assured that the real estate agents are certified by the Council of Estate Agencies (CEA). When it comes to overseas properties however, foreign developers may have alternative methods to engage you.

For example, they may use relationship managers or sales representatives to entice you, after inviting you to a free dinner/seminar. But these sellers aren’t tightly regulated property agents, and may engage in unethical behaviour.

Qualified real estate agents, for instance, have a duty of full disclosure - they must inform you if there’s a conflict of interest, if they’re getting referral fees, and if there any issues with the house you’re buying. A sales representative may just outright lie, or omit such details.

This means that everything you hear about the overseas property may be false, or greatly exaggerated. In particular, beware of “statistics” such as supposed transaction volumes or rental yields - you don’t know if the developer’s private sales force is just making them up.

You May Not Have the Full Picture

The first question to ask, when you’re asked to buy property abroad, is why you? If the development is in a good location, or highly desirable, then surely the developer can find local buyers for the property.

Foreign developers can and will take advantage of your ignorance. For instance, the developer may know that pristine surrounding forests are being rezoned for industrial use, which will mean a lot of noise and air pollution. As such, they may be trying to offload their development on foreigners like you, as locals know better.

Remember that, even if you fly there to check, the problems may not be immediately apparent. It’s best to get advice from well-informed locals, if you can.

You May Have No Power to Take Legal Action

Do you understand the legal systems of the country you’re buying in? It can be prohibitively expensive to sue for your money back, if you end up hiring a lawyer to fight a court battle overseas.

Besides this, you also have to consider the rule of law in the relevant country. Not all states have judicial systems that are as efficient as Singapore’s - a court case may devolve into bribery, and years of bureaucratic confusion.

If you have to take part in a class action lawsuit against the developer, you’d best be a patient person. Such cases can take many years - even decades - to resolve.

In Singapore, the government increased property taxes by 15 per cent for foreigners, when it imposed the Additional Buyers Stamp Duty (ABSD). Cities like Hong Kong (China) have a comparable tax.

Bear in mind that a government can alter its existing policies at any time. For example, if locals complain that foreign buyers are driving prices up, the government could impose taxes on you that make the property not worth buying.

Another worry is housing and rent. For example, some governments may pass rent-control measures, that restrict how much you can sublet the house for. This could result in your “investment” having much lower returns than you expected.

Can Your Real Estate Investment Hedge Against Inflation? 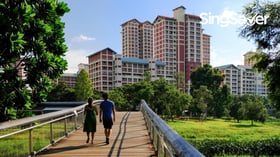 Guide To Property Investment In Singapore