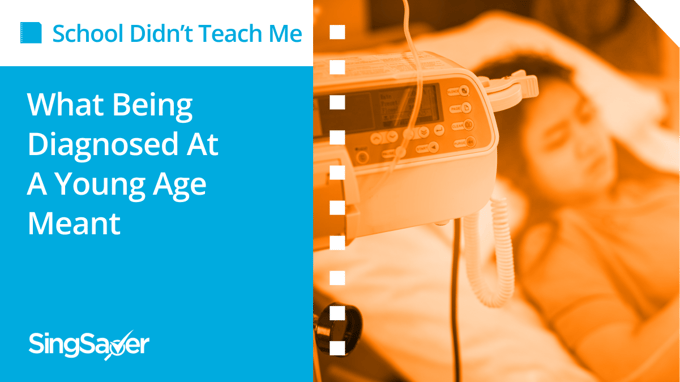 Formal education may give us a leg up in life and career, but less so on managing money. School Didn’t Teach Me, a SingSaver series, is your informal education in personal finance.

Critical illness may be far from the minds of most young adults, but this wasn’t the case for 24-year-old Dion Ng, who was diagnosed with stage two lymphoma at 21. Find out how he soldiered through the toughest moments while treating and healing from the cancer.

If you asked anyone what their university years were like, many would mention fondly of the fun-filled orientation camps, skipping lectures and the (way too many) late-night suppers with their hall mates if they stayed in hall. There would also be a handful complaining about how stressful it was during the finals period, where burning the midnight oil for weeks was the norm. Mine was completely different.

I am currently a Year Three Chemical Engineering student in NUS, and people my age would have graduated by now, but my university journey came to a standstill back in Year One.

After completing my first semester in NUS in 2020, life threw a major curveball at me when the doctor diagnosed me with stage two lymphoma, a type of blood cancer that affects white blood cells. My life was turned upside down and my first night in the hospital was the toughest. But I’m glad to say that I successfully beat cancer. Here’s my story.

It all started on Chinese New Year’s Eve in 2020. I was going about my usual visiting at my friend’s house gambling and binge-watching movies with them into the wee hours of the night. All of a sudden, I felt discomfort in my chest and had trouble breathing. I just shrugged it off as I had experienced this before, and it would go away in a matter of minutes.

However, it soon turned into a sharp pain as if a knife was plunged into my chest each time I took a breath. At this point, I was forced to take short breaths to avoid the pain. Since I was in pain, I ended the night early and retired home, and managed to sleep the pain away, still not thinking much of it.

Consulting a doctor and getting the diagnosis

The next day, though the sharp pain subsided, I still decided to visit a doctor just to be safe. It was during the time when COVID-19 had just exploded in cases, so the clinics were rather busy. I visited a neighbourhood clinic but got sent home with a mere bottle of cough syrup.

Long story short, the doctor insinuated that I was faking the pain and hinted that if I wanted him to note down that I had breathing problems, I had to be sent to the A&E immediately in an ambulance. Though I was feeling extremely indignant, I did not want to trouble others so I just accepted the pathetic cough syrup and went home.

However, the discomfort still did not subside so I decided to visit the clinic at my university. I did an X-ray and the results showed that there was a shadow in my left lung that was out of the ordinary. He immediately referred me to a haematology specialist in NUH, which followed a CT scan a few days later.

When the specialist diagnosed me with stage two Primary mediastinal large B-cell lymphoma (PMBCL), it was as if my worst nightmare had come true. He then explained that there was a 9cm-wide mass pressing on my left lung which explained my sharp pain and breathing difficulties. He also added that it was an actively growing tumour and thus I had to be treated as soon as possible.

Emotional response and a change in mindset

That night, I was hospitalised. Up alone at night, terrible thoughts started flashing through my mind. It was extremely hard to get over the news, and my mind started wandering. With all the past mistakes and wrongdoings I had done in my life, I was not ready to face death just yet. The uncertainty was also killing me — Is chemotherapy going to be painful? Would I be able to survive? Is my health insurance enough to cover the costs?

Thankfully, I managed to snap myself out of the initial grief and shock after a couple of days. From being extremely down, my mindset shifted to a positive one. I became extremely optimistic about how I am going to overcome this hurdle with the loved ones around me. I also thought that it would be a great story to tell my kids in the future - how I looked death in the eye and was not afraid of it anymore. If I ever succumbed to the illness, I believe I had a great ride!

I received six cycles of chemotherapy that lasted 18 weeks in total. However, each chemotherapy session was over the span of five days, meaning that I had to carry a pump everywhere I go and manually pump it every few seconds. The pump was attached to the drugs (up to 1 litre each time) that would enter my body through a long-term catheter to reach the veins near my heart.

The treatment was called the REPOCH regime, and it was highly infamous for how intense and potent the treatment was. It was a struggle during the chemotherapy sessions. But what made it worse was the chemo-induced symptoms — after just one session, I lost my whole head of hair as the chemicals literally evaporated my hair cells.

Though I cannot remember the exact cost breakdown, the total treatment cost amounted to close to S$200,000. Thankfully, my parents purchased a decent health insurance plan for me when I was 15 years old, and hence we didn’t have to pay a single cent out of our pockets as the insurance company covered all costs.

What was originally an ‘impulse purchase’ turned out to be the best decision ever. Without the health insurance, I can’t imagine just how much of a dent it would cause in my parent’s bank accounts, or whether we could even afford such a big sum.

After about 18 to 20 weeks of chemo, I went for another CT scan to find out that the mass has shrunk significantly. The cancer cells were dormant and were not growing as well. I was finally in remission!

Overcame challenges and received overwhelming support from loved ones

During the entire process, there were times that I just wanted to give up. I also felt very alone. Though my friends and family were there to support me, there were times when I felt like no one could truly understand me as none of them had gone through it before.

This was what pushed me to join a cancer support group called ‘lympHOMIES’, which consisted of current nurses treating lymphoma patients, patients receiving the same treatment or patients who are now in remission. This group gave me a sense of belonging as for the first time since my diagnosis, I truly felt heard and understood. This helped me connect with them on a deeper level and they were the ones who gave me invaluable advice and support when things got tough.

Even after remission, my mental health wasn’t improving. You might think that it would be a bed of roses after beating cancer. However, things weren’t that simple. In fact, I was feeling the most depressed post-remission.

Since I was well again, I decided to go back to school to resume my degree. Being a bald, no-eyebrow guy walking down the corridors of NUS made me feel like a sore thumb sticking out, and worsened my mental health. I was deeply insecure and felt like I wasn’t the same person before I had cancer.

However, I knew that I always had my family, partner, friends and support group to rely on during the darkest times. I truly appreciated quality time — when my friends came to visit or when my family members would just sit by me, those were the times when I felt that I wasn’t alone.

Though many of my friends wished me to get well soon on text or social media, if I had to be honest, those messages did not make me feel better. In fact, I felt more disconnected from them and felt as if they were constantly walking on eggshells around me, avoiding conversations about my cancer in fear of making me upset. But of course, I appreciated the thought as I knew they all came from a good place.

If there was one thing that helped me fight cancer, it was definitely the unwavering love and support from everyone. Though most of them could not understand how I was feeling, their presence made a world of a difference. This whole journey made me realise just how strong my support system was, which I’m sincerely and eternally grateful for.

Though I am currently in remission, there is still a high chance that I would be re-diagnosed with cancer again due to the radiation exposure from chemotherapy. There is a huge possibility that I may no longer be around a few years down the road, but I am okay with that. I learned to make full use of my time and to live life to the fullest. I saw the importance of grasping different opportunities to improve myself and to impact the lives of others around me.

If there was one sentence that could summarise my advice to others going through the same thing, it is to keep strong, take things one step at a time and “do not go gentle into that good night”, a poem by Dylan Thomas that I could truly resonate with. 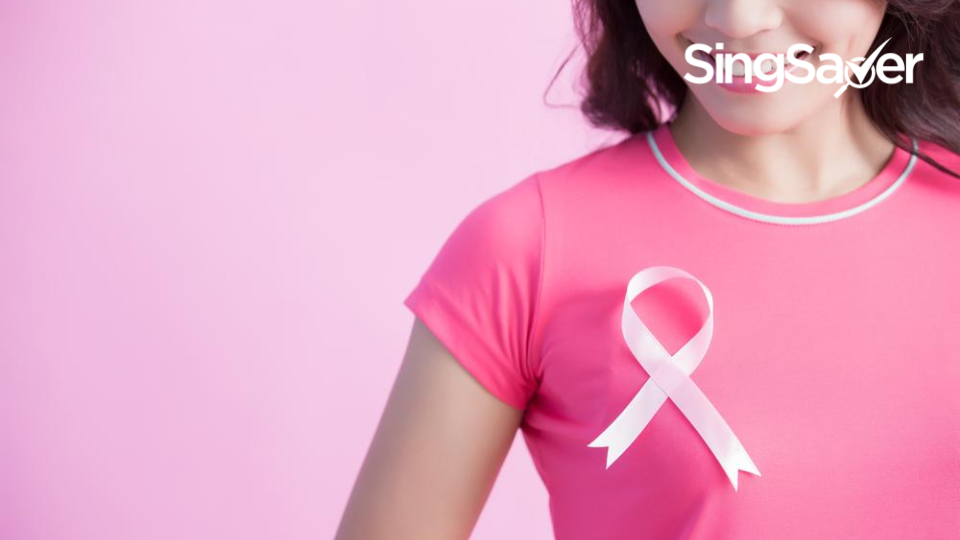 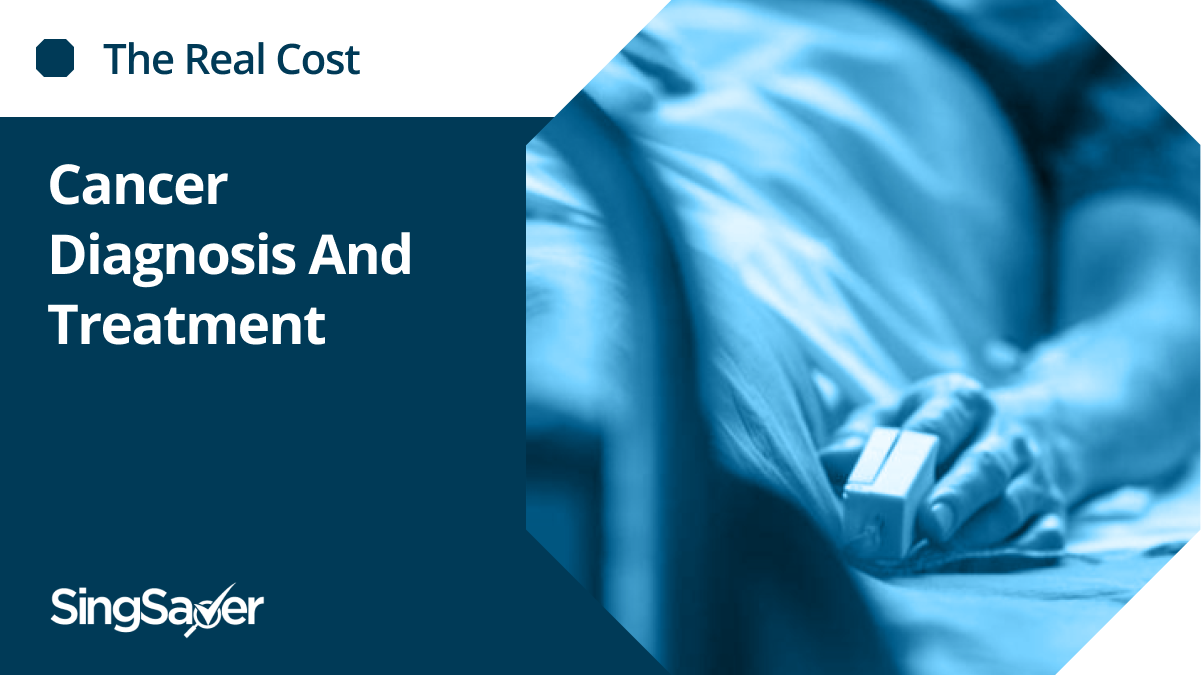 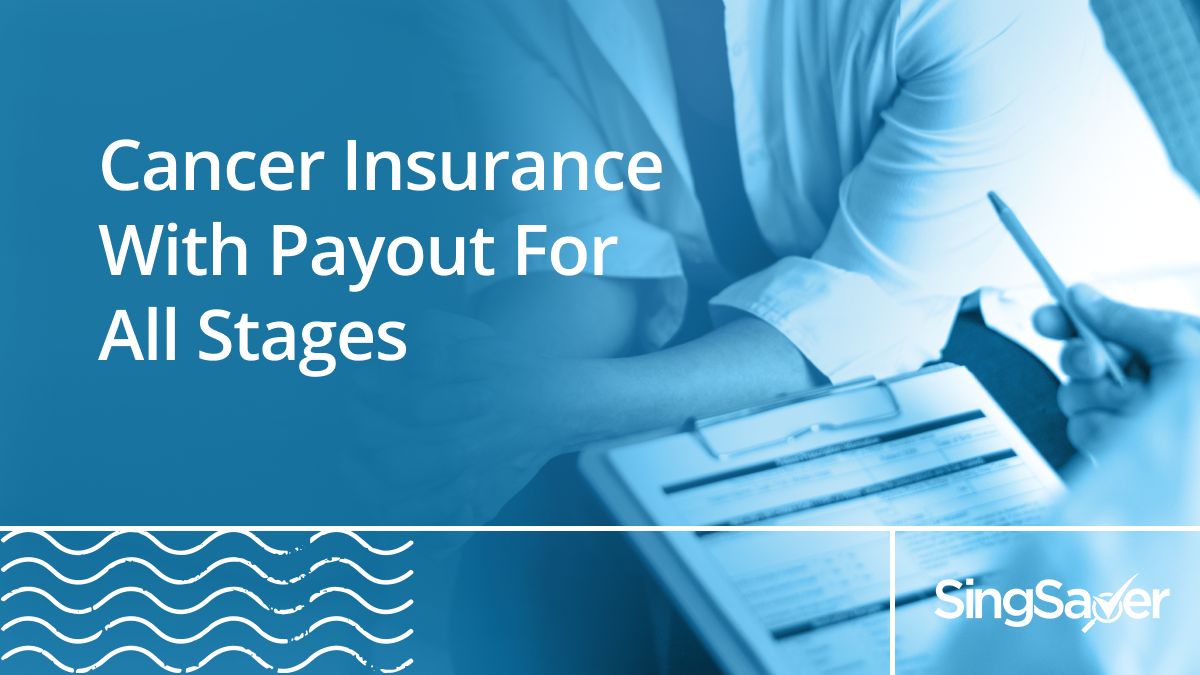 Is Cancer Protection A Must-Have?