Money Confessions: What Getting A House at 21 Years Old Has Taught Me 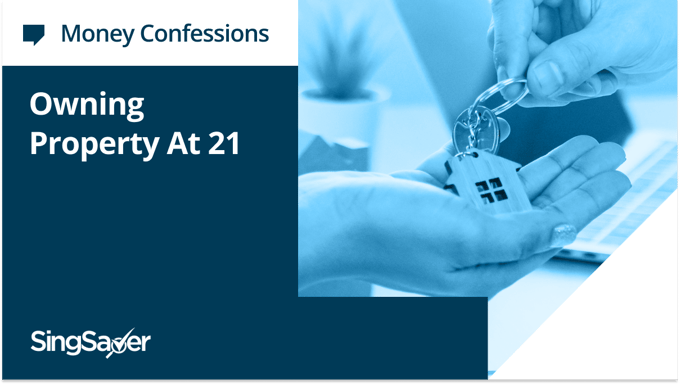 Owning property is a huge personal finance milestone for many Singaporeans. Alias Leonard Low, a 21-year-old student shares his story (and lessons) from jumping straight into home-ownership after serving National Service.

As a millennial living in Singapore, I’ve heard my fair share of friends complain about the sheer number of times it took for them to successfully apply for a BTO flat. If I were in their shoes, I would definitely get frustrated and demoralised after each unsuccessful attempt, coupled with the sting of the mandatory S$10 application fee per attempt.

However, I am extremely grateful that I don’t have to go through the long tedious process of waiting for Lady Luck to shine on me to get a house (at least in the near future). Just this year, my family moved house and my parents bought a condo unit under my name.

This means that not only will I have a house to settle into when I get married, but it also means that I can technically kick my older sister out of the house if I wanted to (just kidding!).

Though owning a house at this age seems like an absolute dream come true, I have my doubts on whether it would make me miss out on valuable money lessons. Here’s my story.

Why my parents decided to buy me a house

As you probably would have guessed, my parents are relatively quite well-to-do. They casually brought up the topic when I was 19 years old and mentioned that they would get a house each for my sister and me when we get older. This made me quite excited since they had already purchased a car for me the year before when I got my driving license (though I am paying for the car maintenance costs on my own).

I guessed what really sealed the deal was when we moved house a few months ago. Previously, I was living in a landed property with my parents and older sister. However, a three-storey house was way too big since the rest of us were hardly ever home apart from my Mum.

I was serving National Service and would only be back during the weekends. My sister was pursuing her degree studies in the UK, while my dad was frequently on work trips that could last from a few days up to a couple of months.

When my family had finally decided to move to a condominium, my parents decided that it was an opportune time to buy the house under my name.

You may wonder why my parents had bought me a home first instead of my sister who was older — I vaguely remember that it was probably due to the fact that my sister and her long-term boyfriend was already planning to get a private property somewhere in the central part of Singapore (since our new home was going to be in the East). But what I know for a fact was that at 21, I was legally and officially a property owner.

Compare home loan rates to find the most suitable one for your needs.

Growing up in a family that didn’t have to worry about money, there were times when I definitely took things for granted. Splurging on expensive meals, not having to worry about being able to afford expensive medical bills and always having a backup plan if my grades couldn’t make the cut to a local university. However, I knew that getting a house, especially at this age, was on a whole other level — I was definitely over the moon!

Don't get me wrong - I'm definitely grateful to own a house at 21. On the flip side, I also feel the loss of satisfaction from getting it on my own.

There was the possibility of missing out on valuable money lessons that my peers would have to go through. At this age, the talk of applying for a BTO flat became more prevalent as more of my friends were becoming more stable in their relationships. However, since most of us were not working yet, I found many of them taking up part-time jobs to work towards their financial goal of affording a house.

Since the house is already fully paid for by my parents, I did not see the importance of using my precious free time to earn money as I did not have any financial goal that I needed to work towards. Of course, there is always the wedding and renovation costs that I will have to bear in the future, but that’s still quite distant in the future (since I have no girlfriend yet).

There’s also the aspect of budgeting. Knowing that I’m considered quite financially stable because of my monthly allowance, and the lack of a big-ticket purchase like a house I don’t have to save up for, I might take money for granted. This might make me spend extravagantly on unnecessary things without caring about the price tag, making it hard for me to finally save when I need to.

Budgeting has never been a concept for me since the monthly allowance I get from my parents is more than enough to sustain my somewhat frivolous lifestyle. Seeing how the friends around me are scrimping and saving for their BTOs, I don’t think that is something I can relate to.

On top of that, buying a house with my own money will give me a sense of satisfaction that I won’t be able to achieve otherwise. Knowing that you rightfully own a house with the money you’ve earned helps to create a greater sense of belonging and gratitude that getting a house for free won’t bring.

Taking charge of my finances

However, instead of mulling over the money lessons that I could potentially miss out on, I’ve decided to see this house as an advantage. I mean, who am I to complain about getting a free house? Since I don’t have to pay for the downpayment and monthly mortgage repayments, I am planning to use the extra cash to work towards my long-term goals.

But that doesn’t mean that I won’t have to work hard for my retirement — I plan to still continue investing and saving up towards my retirement. I can also use the spare cash I have to save up for my future kid’s education early, if I manage to achieve the desired retirement funds early.

On top of that, since my parents have provided me with so much since I was born, I would also want to give back to them by possibly getting them a house or a car in the future. But all these financial goals would require me to do more financial planning when I eventually get a job, so I will have a clearer picture of my cash flow.

It’s easy to say all these things now, but when the time really comes, sometimes it can be hard to set aside money for a goal that appears so far into the future. This is why I am considering getting a financial advisor to keep me accountable so I don’t ever overlook the importance of saving up, even when I’m feeling “rich”.

Will I do the same for my kids?

Most parents would want to provide the best for their children if they have the financial means. While it is tempting to show my love by gifting them a house, I would want them to cultivate good financial habits like saving and budgeting to buy a house on their own. I would want them to take charge of their finances and purchase their own property, instead of having one presented to them on a silver platter.

While I am eternally grateful to my parents for being put in such a privileged position, I would never want to compromise on my financial responsibility if it means getting a house essentially free of charge.

Compare home loan rates to find the most suitable one for your needs.

Read these more:
Money Confessions: How COVID-19 Fixed My Finances
What having S$1 in my bank account taught me
I'm A Singaporean Bargain Hunter And I Never Pay Full Price For Anything
I Bought S$700K In Critical Illness Coverage In My 30s
Super Mums Share Their Personal Finance Management Story 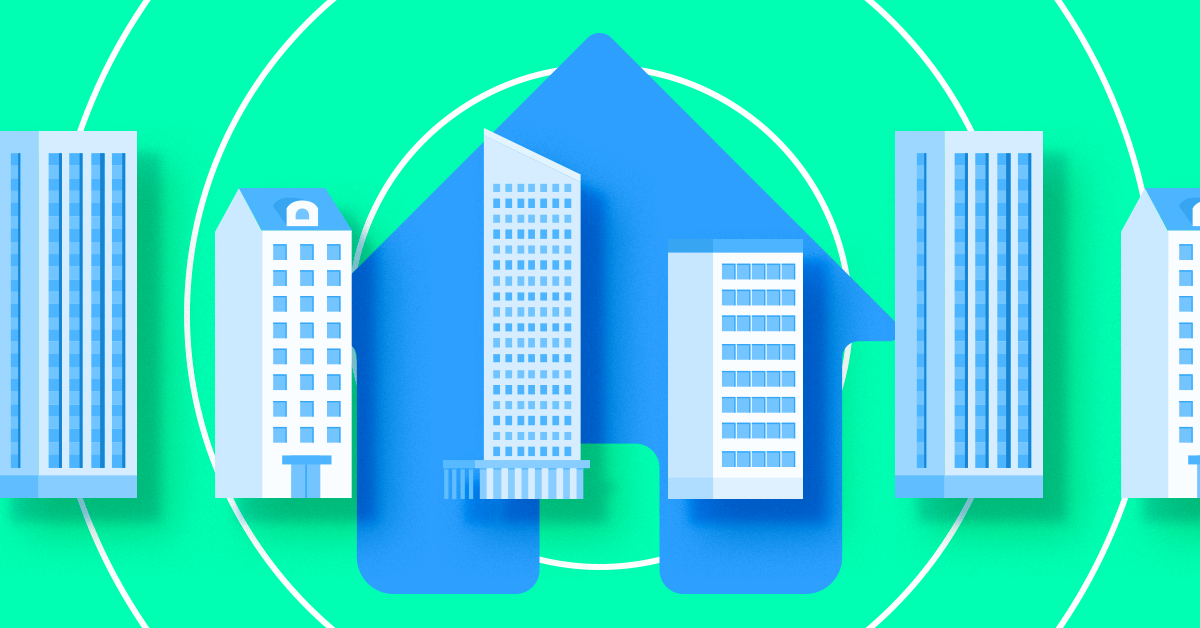 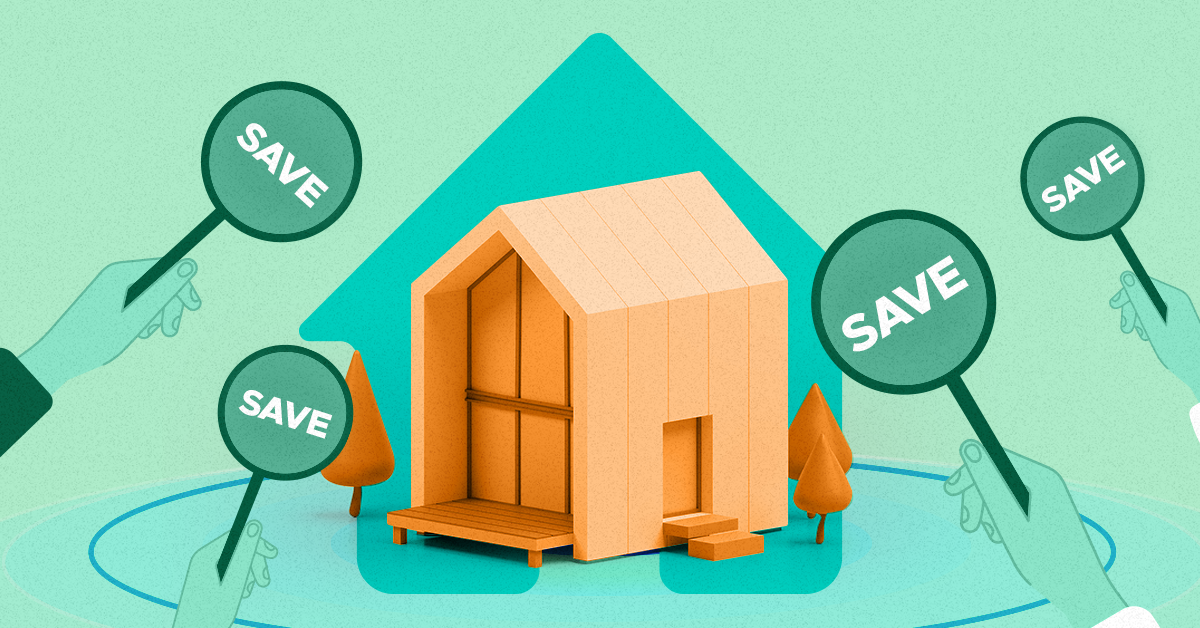 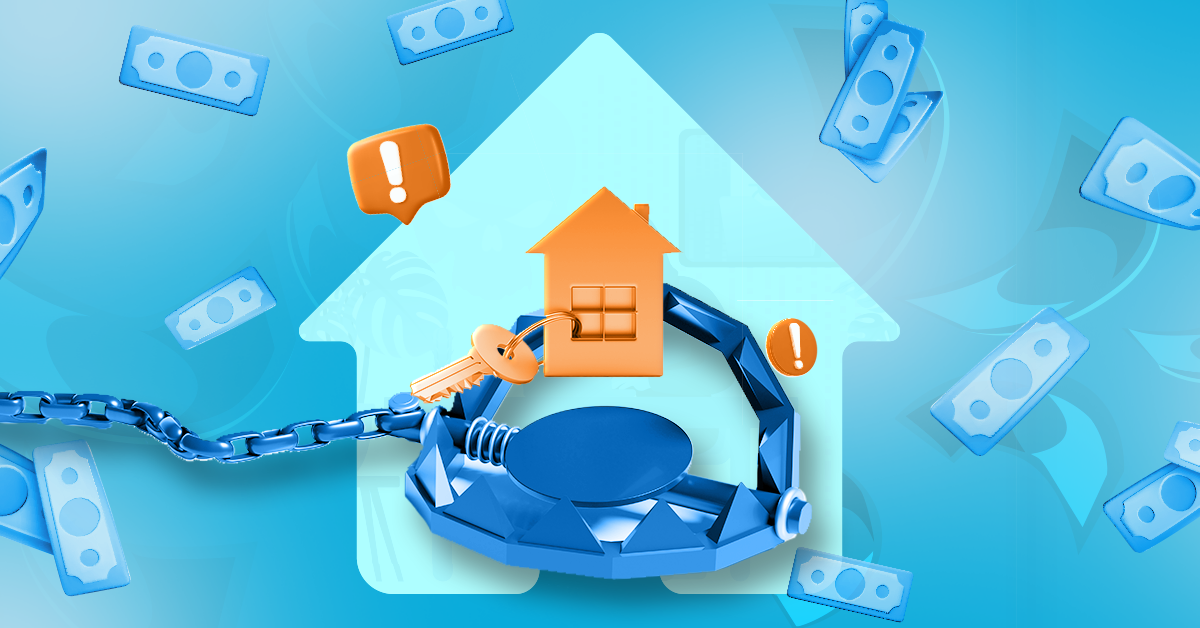