Should Teenagers in Singapore Have Credit Cards? 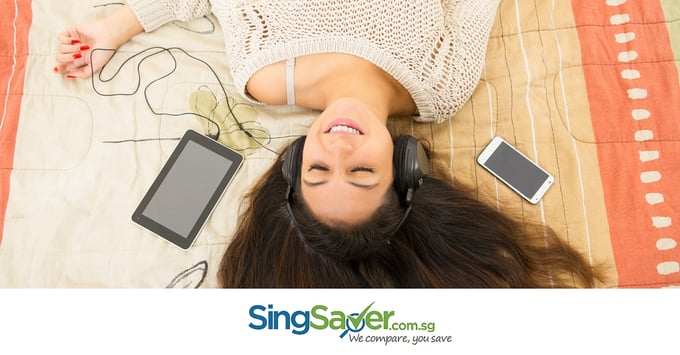 Cardmembers can easily give their teenage children supplementary cards. But should Singaporean teens be using credit cards in the first place?

Credit card holders are able to obtain supplementary cards, often for other immediate family members. This raises the issue of whether Singaporean teenagers should have access to them. The conservative answer is an immediate “no”, out of fear that teens will be reckless and incur large debts.

But at the same time, there are mechanisms in place to control these; and there is a case for allowing teens to have their own card. It may be better that they learn to use credit cards while under supervision, as opposed to going on sprees when they turn 21.

Is It “Safe” for Singaporean Teens to Own Credit Cards?

A teenager given unsupervised access to a credit card, with the maximum credit limit, would be indefensible.

However, cardholders need to accept the maximum credit ceiling. Many issuing banks will accept requests to lower the credit ceiling. Also, there are now student credit cards for those aged 18 and above, for which the credit ceiling is only $500. As such, it is easier for guardians to limit the possible spending.

In addition, most credit cards will send an SMS to the principal cardholder, if a large amount (e.g. $500) is charged to the card. As such, it is quite possible to control a teen’s use of credit.

The main risk is identity theft. If a teenager leaves the card at a bus stop, or shops at dubious websites, it could result in the card details being stolen and used.

Overall, giving a credit card to a teenager is safe when the credit ceiling is capped, and an adult is on hand to immediately suspend or cancel the card when it’s lost. But even if it’s safe, should Singaporean teenagers get their hands on credit cards in the first place?

The Downsides of Teens with Credit

The main arguments against giving a teenager credit cards are:

1. The Guardian(s) Have a Personal Policy Against Using Credit

Some people don’t believe in using credit at all, which is a viable approach to personal finance.

If it is the policy of the guardian(s) to pass this on the teenager, then they may not want to permit access to a credit card. This approach has its drawbacks, in that the teenager may be able to acquire a credit card as a young adult, and may not understand how it works or how to handle it (see below.)

2. It May Result in a “Spend First” Mentality

One problem with a credit card is that it allows the holder to buy first, and worry about repayments later. This is a dangerous habit to cultivate at a young age - some teenagers may abandon the old ethos of saving for what they want. Instead, they will purchase it first, and then scramble to try and make the repayments later.

This is the gateway to other bad financial practices, such as living pay cheque to pay cheque (the bulk of monthly income is consumed to pay off the bills of the preceding month). If the “spend first” mentality is left unchecked, it can be damaging to the teenager’s money management skills later.

3. Some Teens May Carry Rollover Debt

Some teenagers - like some adults - become addicted to the prospect of rollover debt. This is when credit card bills are not paid in full, and only minimum or partial payments are made. For most credit cards, the borrower can repay just $50 or three per cent of the amount owed, whichever is higher; it is not necessary for the entire debt to be paid.

This can lead to debt problems later. The interest rate on a credit card is high compared to personal instalment loans, education loans, home loans, etc. Most credit cards charge around 24 per cent interest per annum, as opposed to personal loans which are just six to eight per cent per annum.

For this reason, credit cards should be used as a mode of payment only. Ideally, the card holder makes payment with the credit card to get bonus miles, discounts, reward points, etc., but repays the full amount before interest can be charged. If teenagers are not taught this, or do not practice it, then they are merely learning to take on significant debt burdens.

4. It Can Damage Their Credit Score Without Adult Intervention

Guardians might want to think twice about punishing teenagers by refusing to help repay their debt. Repeated late payments and defaults will show up on the teenager’s credit score. This will impact their ability to get crucial loans in future, such as an education loan.

It is better for guardians to inflict punishment by removing access to credit, rather than by letting the teenagers default. However, this can be financially inconvenient, and some may argue it defeats the point.

The Upsides of Teens with Credit:

However, there are some advantages to giving teens early access to credit. These include:

1. An Understanding of How Credit and Loans Work

At some point, almost everyone has to use some form of loan (e.g. home loans). As part of their financial literacy, teenagers should learn early on the effect of compounding interest, the difference between nominal and effective interest rates, the consequences of late payments, and the impact of a default.

These lessons are less painful if experienced in a controlled situation, with a guardian’s supervision and a capped credit card.

2. They’ll Use Their Own Credit Card Responsibly

Many first-time credit card users are caught off-guard by the psychological aspects. They may not realise how easy and fast it is to rack up debt, or how tempting it can be to “buy first, pay later.” This can devastate the personal finances of a 21-year-old, who gets a credit card for the first time, and is actively going to clubs, going on vacation trips with friends, or loves to shop.

Someone who has used credit cards at a younger age, however, could have a better sense of how huge debt can accumulate without notice. They would have experienced the temptation of instant gratification many times, and learned to cope with it by recalling the consequences. In particular, teenagers with credit will quickly that multiple small expenditures can run into thousands of dollars within the month.

Again, these are lessons are more painful to learn without a safety net. A 21-year old who loses control may do so with a $12,000 credit ceiling, instead of $500.

3. They Learn to Optimise the Card’s Reward System

Teenagers often have the time and inclination to optimise reward systems. When they learn that 32,500 bonus miles can net them a free business class ticket to Australia, for example, they may realise that steadily buying through the card (and repaying in full each time) can mean a free trip abroad for their graduation celebration.

Most people learn to optimise and compare credit cards later on, by which time they’ve squandered most of the potential savings (e.g. Shopping with a credit card meant for petrol.)

4. They Build the Foundations of a Good Credit Score

Assuming the teenager repays the credit card on time, this can establish a good credit score This is better than having no credit score, as a prospective lender will have a sense of their responsibility. Having a good credit score can help them get bigger loans like a mortgage, should they be needed later on.

4 Reasons to Pay Back Your Student Credit Card

How To Ask For Credit Card Annual Fee Waivers 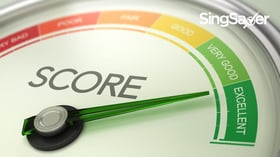 5 Things You Should Know About Credit Score 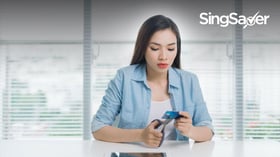