Why Winning TOTO May Not Be the Blessing You Expected 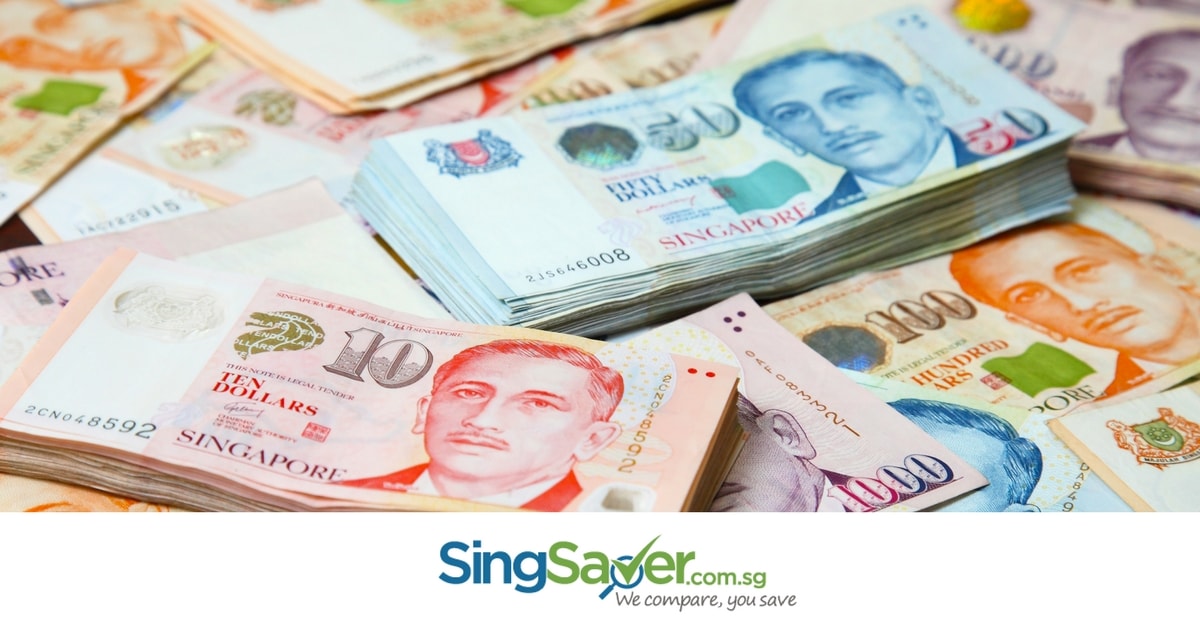 Winning the lottery is every Singaporean’s dream, but not everyone is equipped to deal with the sudden windfall.

It’s that time of the year again. Obscure, ‘ulu’ neighbourhoods that no one usually bothers with will once again get their moment in the spotlight, as punters all across the island go to stake their places in snaking queues at their favourite ‘lucky’ outlets.

Yep, it’s time for the Singapore Pools Hong Bao TOTO Draw, which has a jackpot this year of S$12 million. The draw will be conducted on 10 Feb, but hopeful punters can already start buying their tickets online.

To make it even easier for you to petition the God of Fortune, Singapore Pools has come up with gaming packages that start at the perfectly reasonable price of S$10, and go all the way up to the lucky price of S$228. This top-line package will get you a grand total of 10 TOTO tickets (3 boards of Quick Pick System 7).

But these aren’t just any old randomly generated set of numbers you’re purchasing. Each of these 10 tickets come from the 10 Singapore Pools outlets that produced the most Group 1 prize winners in 2016; you could almost say what you’re buying has been QC-passed.

And, just to increase your chances of winning, you’ll also get 6 Singapore Sweep tickets along with your package, in case TOTO doesn’t work out for you. It’s like one of those Extended Warranty options electronics salesmen are so fond of pushing.

Everyone Wants to be a Winner

Winning the lottery and seeing your bank account get flooded by multiple millions overnight can be a life-changing experience. That Lady Luck makes it entirely possible to win incredulous amounts – like S$8 million on a S$1 ticket – only adds to the lottery’s mysterious allure.

No wonder Singaporeans spend close to S$8 billion a year on games offered by Singapore Pools and the Singapore Turf Club. This is on top of contributing nearly S$8 billion to the shiny upkeep of our 2 integrated resorts.

Everyone dreams of striking the lottery, believing that their lives can only get better. That’s a perfectly reasonable and logical assumption; afterall, whose lot wouldn’t be improved with the addition of a million or two.

Nobody Talks About the Downside

However, winning the lottery may not be the blessing that everyone has wished for at least once or twice in their lives. In fact, as history has shown, striking the top prize could very well become the worst nightmare of your life.

Shortly after getting retrenched, a Singaporean warehouse supervisor won nearly S$400,000 in the lottery. Barely 6 months later, he had lost the entire sum. How? Uncontrolled spending on fancy meals, expensive goods, luxurious holidays and even cash gifts to friends and family members, that’s how.

He did one thing right though, paying up the remaining mortgage on his HDB flat, so at least he had one less liability on his balance sheet after that.

In another case, a 16-year-old teenager in the U.K. won GBP 1.9 million. Shortly after, she met a less-than-savoury man and bore him 2 children. The teen mom then promptly went on to blow her entire fortune on partying, vacations and gifts for her friends.

You Could Become Your Own Worst Enemy

Having lots of money can give us the freedom to help our fellow man or woman and improve the lives of those sharing our community. The problem arises when we have trouble drawing the line, as seemed to be the case with Billy Bob Harrell.

The Pentecostal preacher got his prayers answered when he won a jackpot totalling US31 million. After initially spending a part of his winnings on some nice things for himself, Billy Bob soon found himself getting into trouble.

He found that he could not say no to people who came round asking for handouts. When he received his first payment of US$1.2 million, he made out a tithe worth hundreds of thousands to the church he was worshipping at. He did so again when a relative became the pastor at another church.

When he wasn’t partaking in random acts of charity – such as buying turkey dinners for 480 needy families – Billy was always there with checkbook in hand whenever members of his community ran into hard times.

Even though these handouts cost him of a large part of his wealth, Billy just could not say no, and could not stop giving money away.

Tragically, Billy took his own life just 20 months after getting his windfall.

The Bad People Will Come Calling

The funny thing about having money is that it makes all the bad people show up. But the horrifying thing is when you find out the bad people have been close to you all along.

Just ask William Post, who had won US$16 million. A part-time girlfriend sued him for a part of the winnings, which sadly was awarded by a judge. Siblings pestered him to invest in several failed ventures, including a car business and a restaurant from which he never saw any returns.

Perhaps worse of all, one of his own brothers hired a hitman and attempted to murder him, believing he will get a share of the lottery winnings in the event of William’s death.

You Could Lose More Than Just Money

After the nightmarish year he had, William Post went back to quietly living on welfare. Other past lottery winners were not so lucky.

A Hungarian-born lottery winner pocketed a US$5 million windfall, but neglected to inform her doctor husband. Instead, she decided to splurge the money on her children, including a son she had with a secret lover.

Perhaps feeling one too many secrets had been kept from him, the discovery that nearly US$2 million had been given to the secret son pushed the husband over the edge. He ended up poisoning the lottery winner with painkillers, resulting in her death.

Donations Could Bankrupt You

After winning an US$18 million jackpot, Korean-American Janite Lee decided she wanted a bigger say in the affairs affecting her community. She started to sponsor various Democratic parties, eventually getting herself a seat right next to Bill Clinton at a fundraising luncheon.

Lee was a patron not only to the Democrats, but also to Washington University. She had donated so much money that a reading room was named after her.

Donating money towards causes you believe in is all well and good; it’s certainly a lot more effective than just giving Facebook likes. The trouble is, despite opting for the annuity option, where she would receive US$620,000 every year for 20 years, Lee could not balance her checkbook.

Eventually, 8 years after striking it rich, Lee filed for bankruptcy, claiming liabilities of US$2.5 million against assets of US$1.8 million. She had less than US$700 in her pockets.

But Happily Ever After Does Exist

Is winning the lottery all doom and gloom? Not really. In fact, it could be argued that a combination of personality flaws, poor judgment and bad luck was what caused the individuals mentioned above to waste their windfall.

For a positive example of how striking the jackpot had worked out well, we need look no further than our own shores. In 2010, Mr Liang Xin Lu won S$1.7 million from Singapore Pools. He accepted an interview with Lianhe Wanbao, becoming the only lottery winner in Singapore to reveal his identity.

Despite having had a hardship-filled life, Mr Liang did not let the win go to this head. Apart from treating his friends to a meal, and giving S$50,000 to each of his 3 adult children, the overnight millionaire is adamant about living his life like nothing had changed.

Even more than being inspired by his story, the thought of Mr Liang enjoying a comfortable retirement warms our heart.

The 5 Best Ways to Spend Your Year-End Bonus in Singapore
Can Singaporeans Use Money to Buy Happiness?