4 Things You Think are Investments (But are Really Not) 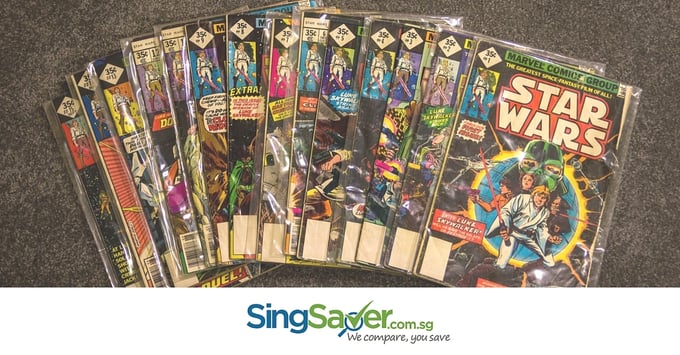 Are you an investor or really just a collector? Read on to find out if your "investments" are legit or have zero value.

The term “investment” is often loosely used by collectors. In reality, there is a big difference between collectors and investors -- the former seldom make money, as true investors must be willing to sell. And some collections have a questionable resale value at best. Here are some of them:

If you’re stockpiling tons of old comics in your drawer, it better be for love. Because as far as investment goes, there’s basically two comic markets:

The first market consists of the “blue chip” comics, which are prized for their cultural or historical significance. These are the ones that appear in the news and sell for hundreds of thousands (sometimes millions). They are mostly bought by the ultra wealthy as a form of diversification (the prices of comics are not correlated to stock and bond prices, so they could retain value even if the markets crash).

The other market is called the “back issue market”, and it’s actually a marketing stunt more than anything. Comic book companies regularly churn out “issue one” of a new line-up, because they know collectors will rush to buy it. In fact, it’s noted that issue 2 is often more valuable, because almost everyone buys the first issue for collection and not the follow-ups.

In the back issue market, a desirable comic may hit S$60 at best. As in the linked article, there are stories of collectors parting with a whole basement of comics for just a few hundred dollars.

Coupled with the cost of bagging the comics, buying acid free boards, and maybe insurance, the collection becomes more of a liability than an investment.

While comics can mean a lot of money, the blue chip market makes up a tiny minority of all the comics out there. The issues you buy in the store right now probably won’t resell for much. And trade paperbacks (thick compilations of issues, commonly found in bookstores) are generally worthless. You need to at least collect and bundle issues.

If you want to invest in watches, like us on Facebook because we’ll have an article on that soon. In the meantime, here’s what you need to know: watches bought at retail prices are unlikely to be a viable investment.

For the most part, watch investors work based on price. For example:

Say Patek Philippe releases a limited edition of 100 watches. Of those 100 watches, a small number (perhaps 10 or so) will not be sold at retail price. A celebrity may receive the watch for a much lower price (because the company wants their watches to be seen on famous wrists). Someone with connections to the company might also be able to get it for significantly less.

Watch investors know how to acquire these pieces, which come to them at below the retail price. This is how they make a profit, and even then it’s not without risk.

The other issue is that serious watch investors have avenues to sell, whereas most lay people don’t. You can’t really E-Bay a $100,000 watch, so you will have to go through auction houses or second-hand watch dealers. In both these cases, a significant cut of the profit (often as much as 20%) will go to the dealer or auction house.

In short, watches are a valid investment - but only in the hands of a few qualified experts. A lay person buying watches from a store is unlikely to see a good return.

McDonald’s is best known for having its toys mistaken as serious investments. The Hello Kitty craze of 2000 (and again in 2013) saw people queuing for up to eight hours. Because there is a large E-Bay market for Sanrio’s products, it’s commonly assumed that anything related to them is somehow a valued collectible.

At present, entire sets of the 2000 and 2013 Hello Kitty sets can be found on E-Bay for under $70. While that’s a small profit, it’s hardly worth spending all those hours standing in line. Oddly enough, this trend continues to recur whenever a famous toy line joins a Happy Meal.

With all the stories of million dollar violins, some people have come under the impression that all musical instruments are investments. In reality, this applies to high-end instruments that mature rather than degrade.

Cheaper instruments, such as low-cost guitars, are often constructed with laminates. This is when different types of plywood are glued together to make up the instrument. Over time, laminates tend to degrade (as opposed to quality wood, which matures and can improve the tone of instruments.)

This means that mid-range and lower end instruments will depreciate. At best, a mid-range instrument will hold its value; but don’t expect to sell it for more than you bought it.

The situation is somewhat different for high end musical instruments. High end violins, in particular, are known for continuously rising in value. But these tend to be high capital investments, which require large sums to buy in the first place. You will also have to contend with costs for storage and insurance.

Why Do Singaporeans Keep Buying the Wrong Financial Products?

The 7 Golden Rules of Investing: A Beginner’s Guide 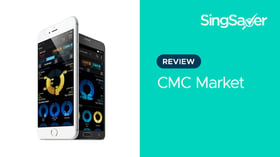 A Look At Meme Stocks One Year On — Are They Still Worth Investing In?