Why Giving Up Avocado Toast Won’t Bring You Financial Freedom 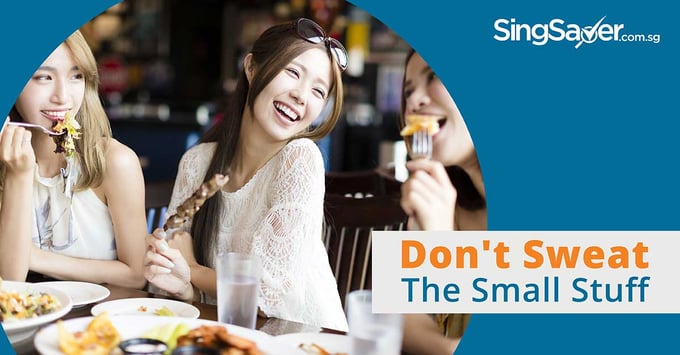 Nitpicking your expenses doesn't lead to financial freedom; it's growing your income and investing your money that will.

This is the same kind of advice that’s in line with “don’t buy expensive coffee”, and “never go on vacation”. Now we’re not against saving money (we’re called SingSaver.com.sg for a reason), but this mindset is all wrong:

Mr. Gurner says: "When I was trying to buy my first home, I wasn't buying smashed avocado for $19 and four coffees at $4 each”.

Now we get it, he’s not literally saying saving on coffee and toast will buy you a house. But he’s suggesting (we’re pretty sure) that not saving on the small things is what costs you a house.

The problem is, Mr. Gurner isn’t exactly right. Here’s why. Let’s say you want to go on a small budgeting spree, and cut the following luxuries out of your life:

Amount of time in which your monthly savings will pay off your flat: Approx. 110 years

Now, we’re not saying savings are useless or unimportant; they are. What we’re saying is that trying to save via the small stuff is an ineffective way to buy a house, pay for your education, or find financial freedom.

Let’s put it into perspective:

Nitpicking Is The Wrong Mindset For Saving

Look at the above example of a flat. Considering it’s so expensive, how are over 80 per cent of Singaporeans home owners?

The answer is that we don’t try to afford a flat by nitpicking, and buying cheaper socks, single ply toilet paper, etc. Most of us can afford to buy a flat because we set aside a whopping 20 per cent of our monthly income (the CPF makes that mandatory), right when we get paid.

So if you want to see a real difference in your life, here’s what we suggest: set aside a sizeable portion (at least 20 per cent) of your income every month, even after CPF contributions. Make sure you do this before you spend a single cent, and put those savings in a separate account.

After that, use whatever money remains, however you like. Go ahead and gorge yourself on avocado toast if you want. You’ll find you still have enough for emergencies or financial goals, without getting a daily sense of deprivation.

You Need To Grow And Invest Your Money As Well

Simply stashing your money aside won’t bring financial freedom. If you have big aspirations, like a beach house in California or sending your children to Harvard, then skipping toast is never going to do the job.

There’s a limit to how much you can budget. Unless you’re already rich, you’ll never be able to budget enough to retire at 40, own a helicopter, have five houses, etc. If that’s what you want, then your attention shouldn’t be on pinching pennies.

You should be focused on starting-up side businesses, investing wisely, and stretching your income. Your response to needing S$100,000 cannot be “what can I cut out from my budget to afford this?”

Small Savings Are For Small Luxuries

So what’s the role of small time budgeting? Why, small luxuries of course.

Hoarding your cashback from credit cards, shaving S$10 off shipping, skipping Starbucks for a week...that all does have a role. It’s role is to afford you the occasional extra trip to Bali, a nicer laptop, or other small (read: non life-changing) luxuries.

That has its place in personal finance, as we want to maximise the enjoyment of life. But please don’t fall into the trap of thinking lots of small deprivations (which can snowball into massive misery) is some sort of magic key to your financial woes.

Do What Matters Instead

Save based on a substantial percentage of your income, and work on growing said income. That’s where your attention and willpower should be.

Forget about walking two blocks to shave 50 cents off your chicken rice, or feeling guilty that your salad cost S$5 extra for seared tuna; that’s not the stuff that matters.