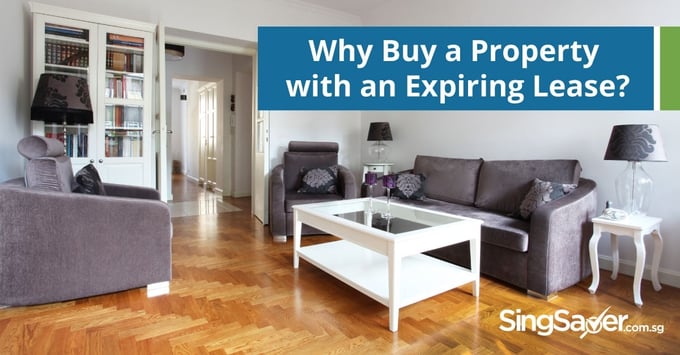 Of the 191 properties in Geylang Lorong 3, 158 are being rented out. Are there any benefits to buying properties in Singapore with an expiring lease?

You may have heard about 191 properties being repossessed by the state in Geylang Lorong 3 come 2020. This is one of the first times a lease has been allowed to run out, without the government giving extensions or compensation.

But of those 191 properties, only 33 are owner-occupied, while the rest are being rented out. With the last recorded transaction in 2015, someone is buying up old properties with expiring leases.

Are they crazy? Not quite.

What is the Point of Buying a Property with an Expiring Lease?

The first thing you need to understand about these properties is that they’re cheap. Once there’re 30 years or less left on the lease, buyers can’t get a bank loan, or even use their CPF to buy the property. Everything has to be done in cash.

This means the sellers have no choice but to offer rock bottom prices. A condo with 30 years on the lease may go for as low as S$400,000 (the typical condo sells for about S$1.6 million). In the case of Geylang Lorong 3, the last transaction in 2015 saw a terrace house sold for just around S$88,000.

Now when the price of a property is low, that means there’s a big profit to be made in terms of rental income.

Rental income is not affected even if there’s just 30 or even five years left on the lease - tenants will go on paying the rental amount right up to the end. Coupled with the low price, this means old properties have a high rental yield. In fact, it can be much more profitable than buying and renting out new properties.

For example, say you buy a condo for S$1.6 million and rent it out for S$4,000 a month. The rental yield is (annual rental income / property price) x 100, or 3%. You’d be better off just leaving the money in your CPF Special Account, which grows at around 5% per annum.

Over 30 years, you would make around S$1.44 million in rental income; still not enough to cover the initial cost of the condo.

But say you buy an old condo, with 30 years left on the lease. The owner lets you have the unit for S$850,000. You’re able to rent it out for around S$3,500 a month (older condos fetch lower rental rates, because they’re expected to be more run down).

You can see why the government didn’t offer compensation to the owners of Geylang Lorong 3 units. Most of them have already been reaping profits over the past few decades.

Investors Are Not the Only One

On a much smaller scale, there are people who want these old properties just because of the location. They may not mind that they’re losing money, or that the lease will eventually run out.

For example, a 75-year-old buyer with sizeable cash reserves, and whose children have homes of their own, may be happy to buy a property with 30 years left on the lease. It’s cheap, the lease is almost certain to last the rest of his life, and his children don’t need a home to inherit.

For the most part, however, buyers of old properties will be investors rather than homeowners. And for those with the capital and expertise, there could be a lot of money in it.

Renting in Singapore: Do You Have a Lease or a License?