Financial Independence vs Financial Freedom: What Are You Looking For? 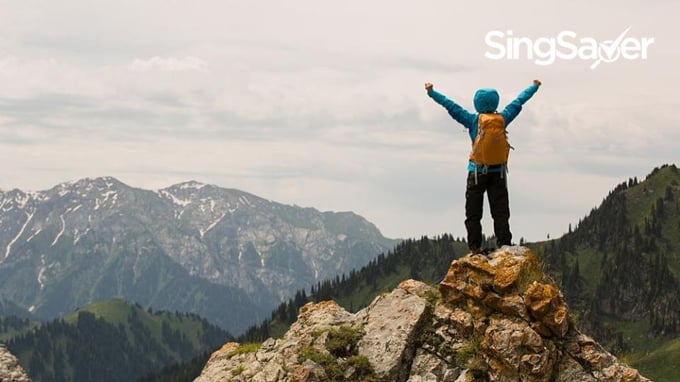 Are you trying to achieve financial independence, or are you aiming for financial freedom? Here are the differences between these two seemingly similar terms.

Often used interchangeably, financial independence and financial freedom can sometimes mean the same thing to different people. However, there is a small but important difference between the two.

Here’s what financial independence and financial freedom are about, and how you can achieve these aspirations.

What is financial independence

Financial independence refers to having enough income in order to pay for your living expenses for the rest of your life, without having to be employed. This means that if your expenses total S$4,000 a month, you would require S$48,000 in passive income a year in order to be financially independent.

When you’ve achieved financial independence, you’re able to work because you want to, not because you need to. This allows you to work on your own terms and for reasons besides earning an income.

What is financial freedom

While many look to achieve financial independence, financial freedom is the next level of being financially-free.

Financial independence covers the lifestyle that you are living today. Having financial freedom means having sufficient passive income to cover a lifestyle that could be different from your lifestyle today, such as one that is more indulgent and hence more costly. This could mean taking more holidays around the world, having more dinners at upscale restaurants, or flying business class just because you can.

This means that even though your lifestyle today might require S$4,000 a month, in order to truly enjoy financial freedom, you’d have to buffer for an even larger amount in passive income.

Ready to level up? Find out how you can make your money work harder and smarter for you. Enjoy your own dedicated relationship manager and privileged access to a whole suite of preferential rates with Priority Banking. Compare your options.

Financial Independence vs Freedom: Which one matters more to you?

If you’re someone who’s approaching financial independence or financial freedom, you could make the most of your assets by opening a priority banking account. Such an account typically requires a deposit of S$200,000 or more, and will unlock exclusive perks, such as having a personalised relationship manager to help you grow your wealth, or even luxury lifestyle benefits.

How do you get there?

Be it financial independence or financial freedom, you’ll have to build a portfolio that provides you with passive income in order to be financially-free.

Finally, do keep in mind that to achieve a level of passive income that is sufficient to more than cover your living expenses, you’ll have to possess a sizable portfolio.

For example, to get S$60,000 in passive income each year based on a 5% dividend yield, you’ll require a portfolio of S$1.2 million dollars — an amount that would take an average Singaporean decades to achieve. Hence, it’s best to start growing your wealth as early as you can.

Read these next:
How To Build The Best Passive Income Portfolio For Your Future Self
Uniquely Singaporean Things We Do To Accumulate Wealth
Guide To Real Estate Investment Trusts (REITs), And Whether You’re Ready For It
DBS, OCBC or UOB: Which Bank Gives You The Greatest Dividend Yield?
What Are Fixed Income Investments, And How They Fit Into Your Portfolio 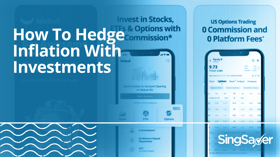