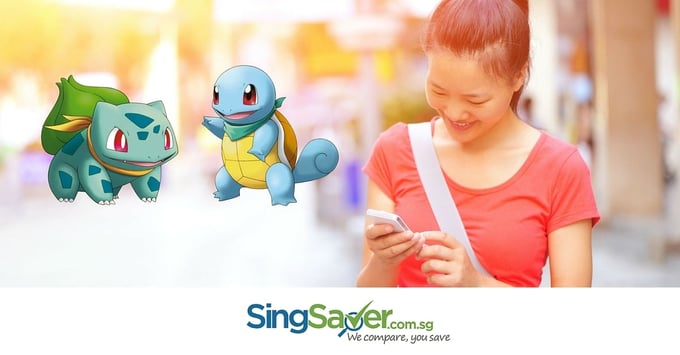 Every hobby is expensive in its own way, and the release of Pokemon Go in Singapore might burn a major hole in your pocket.

Free apps are harmless to the wallet right? Sure, on the surface. But the reality is, “pay to play” is a factor that can ramp up costs.

After all, mobile gaming is a multi-billion dollar industry, and titles like Pokemon Go have ways to make money off its fans. Here’s how mobile games cunningly empty out your bank account:

How much money is really involved in a free game? Well, consider one of the typical (not even the most popular) free games, the Game of War.

You’ve probably seen this advertised in cinemas or on YouTube - the ad campaign features Kate Upton, and cost about S$53 million to produce. To put it into perspective, a 99-year leasehold bungalow in Sentosa Cove costs around S$23 million; less than half the price of those video clips.

Can they possibly recover that cost? Yes, because there are people who spend something like S$12,000 on the game (that’s a single user). Remember, the game is theoretically free.

But what about a popular free game, like Candy Crush? Well, we know for a fact that Candy Crush makes around S$11.6 million. Per day.

Now these are games that have been made in the West. Japanese made mobile games, like Pokemon Go, are even more aggressive in getting you to buy. They start you off with few resources, and want you to make big purchases right away.

The earning potential of Pokemon Go is so significant, Nintendo shares rose 24 per cent in one hour when the game was launched. In dollars, this adds approximately $10.7 billion to Nintendo’s value.

Free games, in short, are a huge business. And they make you spend money in a number of ways:

The Skinner Box refers to a famous science experiment, in which rats in a box are encouraged to push a button for a food pellet. Yes, that’s literally how game designers see you, and it’s sadly accurate for most of us.

You can read the entire description from a Microsoft game developer, but we’ll summarise for you: levelling up.

Every time you perform an activity repeatedly, you level up. With each level, the amount of times you must repeat an activity increases before you get the next reward.

You may recognise this as being a perfect description of subscription-based games, such as Diablo and World of Warcraft. But free mobile games do it too.

When you are tapping away like crazy on Farmville, what else do you think you’re doing?

You are being psychologically driven to repeat a particular motion, and spend more and more time on the game. And the longer you spend on the game, the more likely you are to give in to temptation, and buy power-ups, level-ups, etc.

Part of the reason you end up spending on free games is the way they lure you back again and again, giving them endless amounts of time to tempt you.

The phenomenon known as “one-hand gaming” just means mobile games are accessible everywhere. Unlike a game that requires a console or computer, a mobile game is almost always on hand. It is ready, at every single moment of weakness, to sell you an in-game purchase.

You may also be distracted while playing the game (e.g. waiting for your bus and playing). This peripheral attention causes you to let your guard down and make in-game purchase without even thinking.

It can be likened to the way you snack when talking or watching TV: your hand keeps reaching out, and you’re barely conscious of how much you’re eating. By the time you look down the whole packet of chips is finished.

Payments are made through credit cards and can be done with a single tap. The less effort you use to pay, the more likely you are to buy. When you need to pull the actual money out of your wallet or write a cheque, you tend to at least pause and reconsider.

Several taps of a S$0.99 purchase later, you could end up facing amounts that range into the hundreds or even thousands. In at least one case in Singapore, that amount came to S$15,000.

The longer you wait for a reward, the bigger the high you get from it. Think of how when you’re starving, almost anything tastes good.

This is why free mobile games often impose long waiting periods when you are “out of energy” or need to wait for things to be built.

They also know that at some point, you will get impatient and “buy” time by shortening the wait.

Most people are hesitant to stop playing when they’ve already made such a large investment in the game. The only solution then is to keep playing, and invest even more in it.

The invested money is just a small part of it. With games like Pokemon Go, time is a factor too: if you’ve spent hours climbing fences and going into people’s houses to “catch ‘em all”, then you’re not likely to quit after a whole year of effort.

You see where this going: the entire game becomes a black hole, into which your money and time disappear, and the more time and money you sink into it, the more you get sucked in.

Does That Mean You Shouldn’t Play?

Every hobby is expensive in its own way, and we’re not going to dictate what you should or shouldn’t do for fun.

But we will say this:

Implement a strict budget for your game, and stick to it. If you feel it’s getting out of control, don’t subscribe to the sunk cost fallacy. Take a deep breath and delete it. After a few days away from it, we assure you any lingering regrets will vanish.

7 Creative Ways to Save Money This Weekend