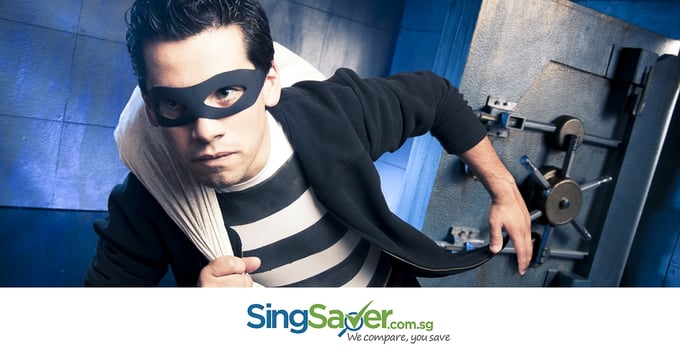 An unsolved robbery at a bank in Singapore left many puzzling mysteries. We attempt to explain them here.

The Internet can't stop talking about the robbery of bank at Holland Village last week. This is highly unusual in low-crime Singapore. Some things about the situation seem to be a mystery though, but we’ve made an attempt to explain them here.

On 7th July 2016, at 11.25 am, a Caucasian man with a cap walked into the Standard Chartered branch at Holland Village. He passed the bank teller note warning that he was armed, and wanted money (we don’t know how much was specified).

The teller gave him S$30,000, and he fled. There is still an active search for him, with some reports coming in that he has fled to Thailand (at the time of writing we don’t know if that’s true).

Update: The alleged robber has been arrested by Thai police in Bangkok after 72 hours on the run. He is identified as 26-year-old Canadian David James Roach.

This left many Singaporeans scratching their heads about:

Mystery 1: How is a Bank Robbed With Just a Note?

The robber handed the bank teller a note, and then got the money. Strange?

Not at all, if you understand how most security protocols work.

Bank tellers are well briefed on what to do in such situations. In the event that a bank teller were to deviate by challenging the robber or refusing to give the money, it could actually result in the bank firing the teller later. The reason is the safety of the staff, and the other customers.

First, the robber is always assumed to be telling the truth about possessing a weapon. The last thing anyone needs if for mass panic, when said robber pulls out the weapon and perhaps uses it on someone.

When a robber is denied a request, they may take hostages or injure other people in the bank. And from a legal perspective, the bank could be held liable if its employee tried to challenge the robber, and another customer got shot or stabbed as a result. That’s potential for a multi-million dollar lawsuit.

This does not just apply to banks. In many convenience stores, for example, the store clerk is also required to not resist.

This also makes sense from a humane perspective. The life of the bank’s employees, as well as those of its customers, is worth far more than what the robber could steal. Money can be replaced, but people can’t.

Of course, this doesn’t mean the robber can just pass a note and walk off scot-free. The bank teller has access to a silent alarm, and CCTV cameras would have captured the robbery. The police will pursue the criminal later.

Mystery 2: Why Don’t All Banks Have Armed Guards?

Standard Chartered banks usually do have armed guards, although some smaller branches may not. But the reality is, armed guards are more of a “no robbery” sign.

During an actual robbery, there are growing disputes about whether armed guards are a good idea at all. Some organisations that deal with bank robberies, such as the Federal Bureau of Investigation (FBI) in the United States, have found that armed guards make the situation worse.

In a scuffle between the guards and the robbers, customers can get hurt. Doubly so if firearms get involved.

That’s not to say armed guards are useless, of course. In 2004, there was a robbery of a Maybank branch in Upper Bukit Timah, and the CISCO officer did manage to shoot the knife-wielding robber twice.

Nonetheless, armed guards are an expensive visual deterrence, and it can be too costly to deploy them everywhere. The price of hiring a security can be in the range of S$10,000+ a month, so it may not make financial sense to post them at every possible branch.

Mystery 3: Why Isn’t There Tons of Money in the Bank?

Contrary to what you may see in movies, most bank branches don’t have huge bags of money. This was true a long time ago, back in the 1950s and 60s, before the advent of computers.

These days, the money in a bank is mostly digital. A bank branch does have millions of dollars, but only in the sense that it can facilitate those transfers between digital accounts. It keeps a relatively small amount of physical cash, just enough to process causal transactions.

That means trying to rob a bank is a bit like trying to rob a stock exchange. It’s pointless because the “money” consists of digital ones and zeroes on a bunch of servers.

Mystery 4: Why Not Rob a Bigger Branch with a Vault?

It is almost impossible to rob a bank vault. It seems the bank robber was at least aware of that.

Bank vaults are often time-locked, which means they only open at certain hours (and when they do, huge numbers of armed guards are present). This also doesn’t take into account the barrage of security features like retina scanners, and the dozens of high-resolution cameras all over the vault. This is why most bank robbers only grab the money at the front counter.

Even if the robber somehow manages to open the vault, the vault itself consists of hundreds of small locked drawers. By the time anyone is done clearing out the contents, the police would probably have had time to have lunch, chat about last night’s football, and set up a perimeter.

And, of course, bigger branches tend to be the ones where the armed guards are stationed.

Granted, the robber may have gotten more from the tills if he’d tried to rob a bigger branch - but his odds of getting away would have been minuscule.

We like to think he asked for millions but only got what was available. If the robber actually asked for just S$30,000, it would be the height of absurdity.

It is quite possible to take out a loan for S$30,000, via multiple personal loans or credit cards. Should someone be unable to pay back the loan, the consequences would be dire: lawsuits, for example, or the inability to take a loan ever again.

But you know what would be worse than all that?

Going to jail for robbery.

So if the robber really did just ask for $30,000, it’s a mystery we’re at a loss to explain. While we absolutely do not condone taking loans you can’t repay, it’s beyond stupid to trade a bad credit score for decades in prison.

Today, Bank Robbery is One of the Dumbest Crimes to Attempt

In a TIME report in 2012, economists studied bank robberies from 2005 to 2008. They concluded that the potential return from robbing banks is “rubbish”.

The average haul from a bank robbery in the United States, in 2009, was around S$5,400. After paying for a plane ticket to escape, that’s enough money to rent an Airbnb for less than two weeks.

Hardly worth the effort is it?

5 Red Flags of a Seminar Scam in Singapore

How to Escape Living Paycheque to Paycheque 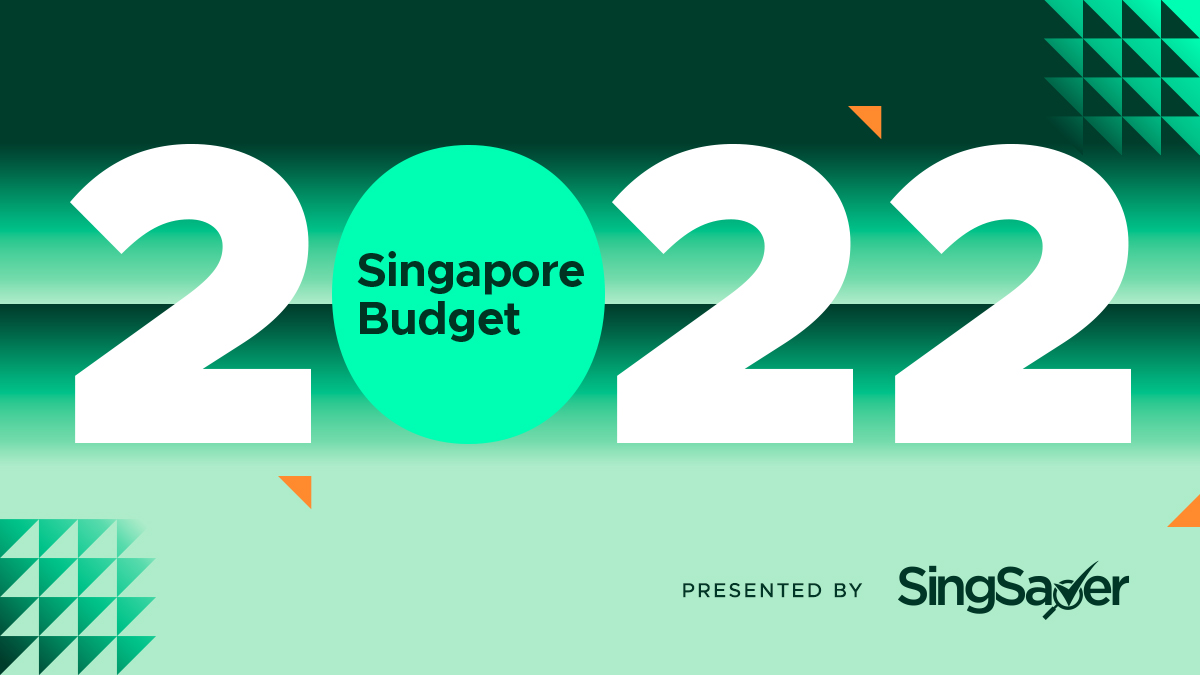 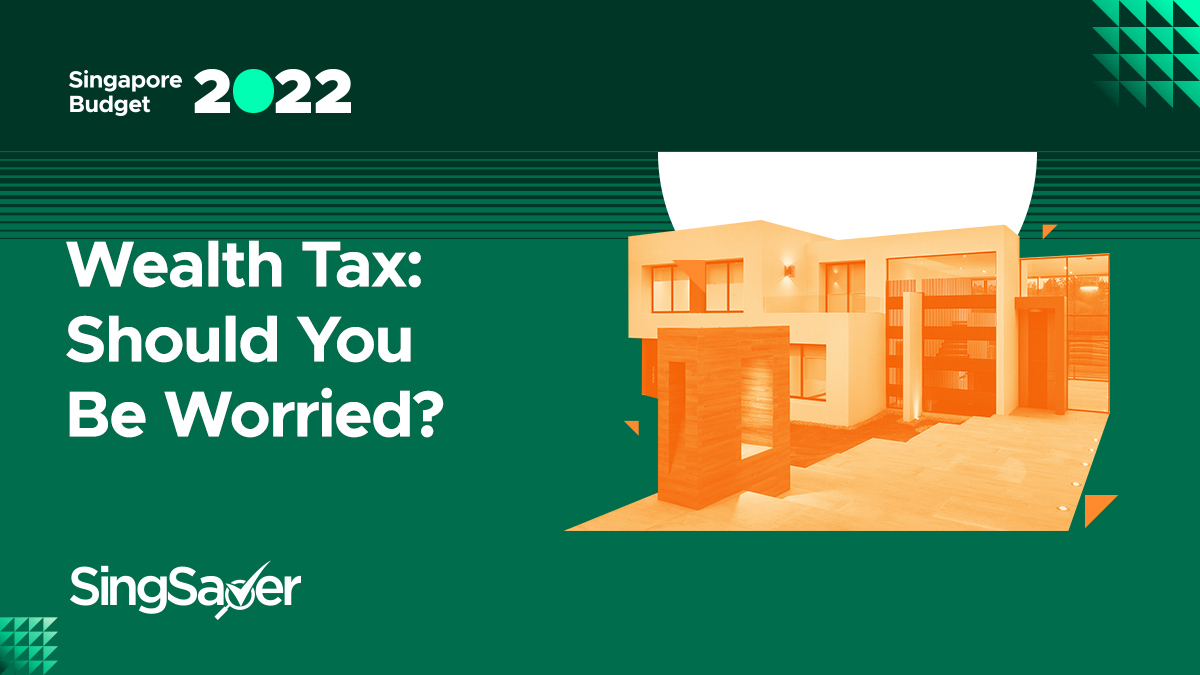 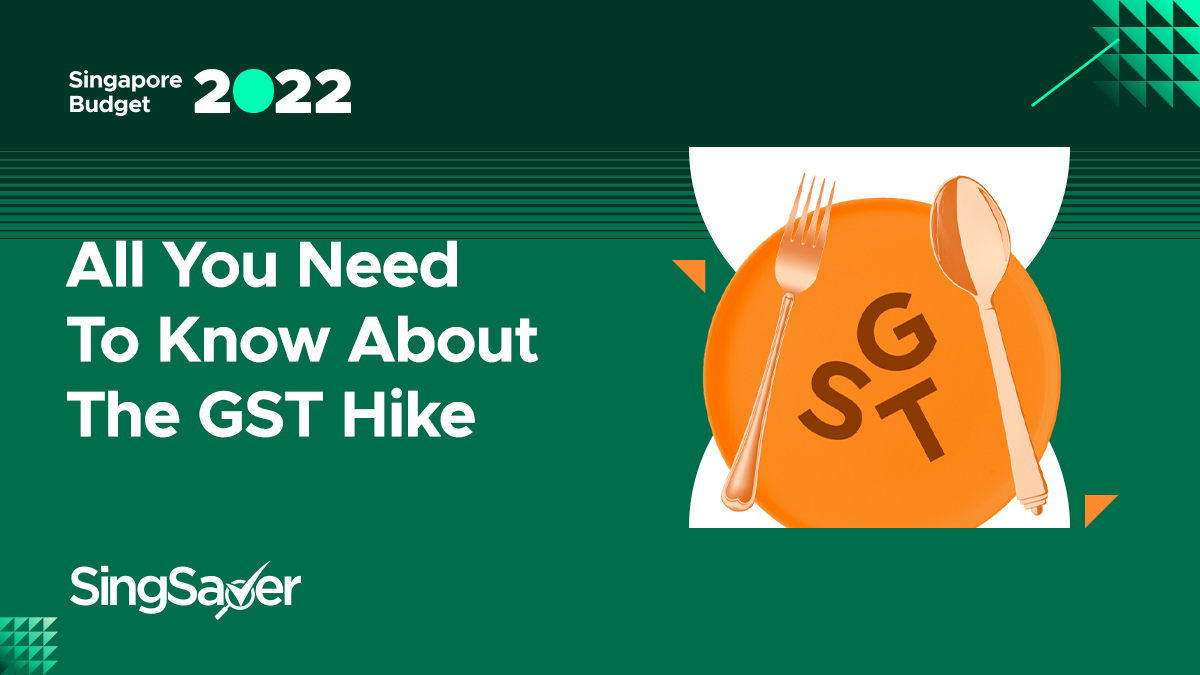