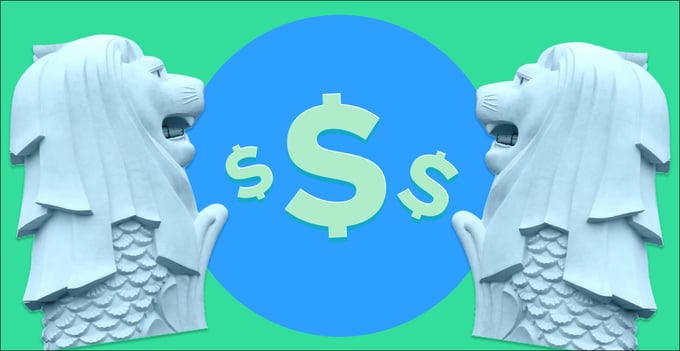 With the stock market plunging into bear market territory, one silver lining amid all the turmoil is that the interest rate for the SSB has been mounting. But how does the SSB fare against another popular investment, the CPF?

With the stock market and crypto in the red, investors have been turning to ‘stable’ investments. One such investment that has stood out recently is the Singapore Savings Bonds (SSB). In fact, the 10-year average SSB interest rate of has been increased to 3.21% in October, from September's 2.8% per year.

Not surprisingly, the attractive returns caught the eye of eager investors and demand naturally went through the roof.

For August, applications surged to a new high of S$2.45 billion — the highest since the SSB was launched in 2015. This was 3X more than the S$700 million allocated amount. Demand for the September 2022 issue was also not that far behind at S$1.9 billion, more than 2X of the allocated S$900 million.

Meanwhile, another investment that’s comparable in terms of returns and risk is your CPF Ordinary and Special accounts.

Generating a return of 2.5% and 4% per annum respectively, your CPF Ordinary (OA) and Special Account (SA) provide you with risk-free interest, and you’ll also stand to earn compound interest on top of the interest that you already earn.

As both the SSB and CPF are good investments to hedge against volatility, you may be wondering which investment is better.

On paper, your CPF SA and RA’s 4% interest rate is higher than the SSB’s current 2.8%. On top of that, CPF also offers compound interest.

However, a higher interest rate doesn’t automatically mean that it’s a better investment. In fact, the SSB holds a couple of advantages over the CPF, which we’ll outline further below.

But first, a quick recap on the SSB:

What is the SSB?

The SSB is a bond issued and backed by the Singapore government. It's meant to be low-risk and fixed-income investments to help you grow your savings.

Each month, a new savings bond will be issued, and each savings bond has a tenure of 10 years. The interest is paid out every six months, similar to dividend investing.

The interest rate for the entire 10-year term is also fixed, so you know your expected returns when the bond matures.

What’s more, the threshold to start investing is just S$500. Besides cash, you can also invest using your Supplementary Retirement Income (SRS) funds.

Despite being a long-term investment, SSB is highly liquid. And, unlike fixed deposits, you’re free to withdraw your money (principal amount invested + any accrued interest) anytime without incurring any penalties.

The Singapore government also holds the highest ‘AAA’ credit rating from credit agencies, meaning that it has a good track record and is unlikely to go bankrupt. In other words, your money is pretty much in safe hands.

So, why the sudden interest in the SSB?

As explained above, the reason why interest in the SSB has skyrocketed is that the interest rates have been going up.

The 10-year interest rate for August 2022 reached a historical high of 3% per year.

Meanwhile, the SSB interest rate in September 2022 provided a 10-year average return of 2.8% per year.

While the interest rate is slightly below August 2022’s issue, 2.8% per year is quite a modest return for an investment that’s practically risk-free. Moreover, it’s still higher than what most fixed deposits offer, which is generally below 2%.

Here’s the 10-year yield of the SSB in the past six tranches:

Based on the recent interest rates, here’s how much you’ll get if you were to invest S$10,000 and hold on to the bond until it reaches maturity, according to Investment Moats:

You can also calculate your returns using the SSB calculator.

By the way, did you know that you can also predict future SSB interest rates?

Since the SSB’s interest rate is linked to the daily average yield of the SGS in the previous month, you can actually calculate future SSB interest rates based on the historical SGS yield.

While the Monetary Authority of Singapore (MAS) has a formula for calculating the interest rates, it’s way too complex to understand (unless you’re a math genius). Check it out below:

Instead, Suz’s Money Life has a much simpler way of predicting the estimated future interest rates.

For example, to get the average 10-year yield for the October 2022 issue, you’ll need to take the daily average yields for August 2022. You can get the SGS’s historical data here.

To get the most accurate data, it’s best to get the rates on the last application day of the bond.

Set the start month and end month to August and select the frequency to “daily”. Then check “10-year bond yield”.

On the Excel sheet, calculate the sum of all the yields. You can do this by highlighting the entire column. Then, divide that number by the number of days, which is the number of rows.

So based on the data, the 10-year average SSB interest rate for October 2022’s tranche is:

Welcome Gift: Receive up to USD100 worth of rewards & enjoy zero-commission trading. Test your luck at Webull's Referral Lucky Wheel and Mutual Funds "Spin Your Funds" Promotions to receive up to US$4,554 worth of APPL shares. ! T&Cs apply.

CPF vs the SSB: which is better?

So with interest rates for the SSB on the rise, you may be wondering which between the SSB and CPF is the better investment to park your money in. So let’s take a look at their differences.

Additionally, if you’re 55 years old and below and have a combined savings of S$60,000 in your CPF accounts (capped at S$20,000 for CPF OA), the government will pay you an extra 1% interest.

One thing to note is that while CPF interest rates have been fixed for a long time, they’re not permanent. The rates are reviewed every quarter.

On top of that, CPF interest rates are also compounded annually. This means that you earn interest on top of your interest.

Using the rule of 72, you can get a close estimation of how long it takes for your investment to double. To calculate, all you need is to divide 72 by the expected rate of return.

For example, to calculate the number of years needed for your CPF SA funds to double:

In contrast, the SSB follows a simple interest rate, so the interest is based on the principal amount invested.

Although the SSB interest rate increases the longer you hold onto the bonds, it still pales in comparison to your CPF SA/RA’s 4% interest rate. Add to the fact that your CPF gives your compound interest and bonus interest, and CPF wins by a mile.

If you’ve hit your Full Retirement Sum (FRS) when you turn 55, you can withdraw any amount above it. Otherwise, you can only withdraw up to S$5,000.

Moreover, while you can top up your CPF accounts either via voluntary top-ups or RSTU, remember that it's irreversible; you can't withdraw your money after that.

On the other hand, the SSB offers more flexibility compared to CPF.

You can withdraw your money at any time (principal amount + accrued interest), even before the bond matures. Furthermore, there’s no penalty for early withdrawals.

This makes the SSB a good place to park some of your emergency funds. For example, if you experience a sudden loss of a job or have sudden medical expenses, the money can act as a safety net to help you tide over for a few months.

You can also use it for short-term needs in the future, such as paying for your wedding or a downpayment for your house.

Lastly, you can use your money to re-invest in other financial instruments that can grow your money faster.

You can enjoy a tax relief of up to S$8,000 per calendar year when you make top-ups to your CPF SA/RA, or MA via the Retirement Sum Topping-Up scheme (RSTU). Additionally, you can enjoy a further S$8,000 in tax relief if you top up your loved ones’ SA/RA or MA.

On the other hand, there’s no tax relief when you buy the SSB. You can, however, enjoy tax relief if you invest in the SSB with your SRS funds.

Maximum amount that you can invest in

For CPF, the maximum top-up you can make to your CPF accounts is up to the FRS, which is adjusted annually. For those turning 55 in 2022, the FRS is S$192,000. Once you've reached this limit, you can't make further contributions.

There's also a maximum limit for your MA too; your voluntary contributions to your MA are up to the Basic Healthcare Sum (BHS), which is S$66,000 in 2022 if you're 65 years and below.

On the other hand, the maximum bond you can buy from the SSB is S$200,000. You won't be able to buy more than that until you've redeemed some of your bonds.

In general, the SSB are considered safe investments if you want to park your emergency funds.

Compared to the CPF, the SSB is more flexible and liquid, and you can redeem your money at any time. Morever, the max limit you can invest is S$200,000, which is higher than the current FRS of S$192,000.

On the other hand, the CPF offers higher interest rates. And through the magic of compound interest, your money will always grow much faster when it’s in your CPF accounts.

Remember that bonds, such as the SSB, are important in a diversified portfolio as they help to hedge against market volatility.

That said, remember to aim for a well-diversified portfolio with different asset classes based on your risk tolerance and investment horizon.

If you'd like to know how to build your CPF savings for retirement, here are some strategies to help you out. Or, if you want to invest in other SGS investments, consider investing in T-bills and SGS bonds.

Read these next:
How To Build Sustainable Retirement Income With Your CPF Money
Emergency Fund: How To Build It The Less Painful Way And Where To Keep It
What Can CPF Be Used For, Aside From Supporting Your Retirement?
What Are Fixed Income Investments, And How They Fit Into Your Portfolio
7 Popular Types Of Investment In Singapore (And Tips To Use Them For Optimal Gains) 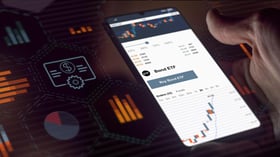