Why Are Chinese New Year Snacks in Singapore So Expensive? 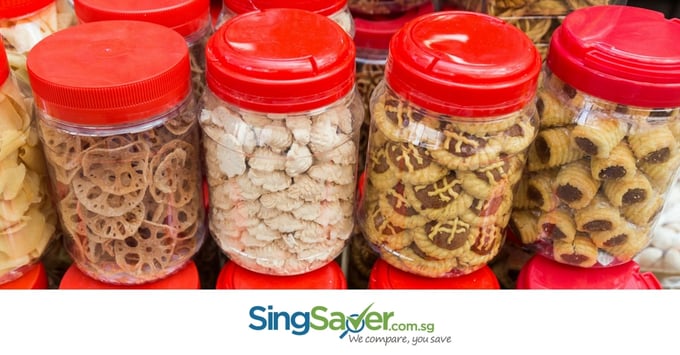 You'll hardly find pineapple tarts or bak kwa for under S$15. Why are Chinese New Year snacks in Singapore so expensive, and how can we save money on them?

You may have noticed Chinese New Year snacks in Singapore are getting more expensive. These days, even a small tin of “love letters” or pineapple tarts can reach upwards of S$15.

Well, we have some insider knowledge of why this is happening (one of our staff is in the food business), and it may surprise you. The food industry is what’s causing the price to rise:

First, let’s leave out the obvious: there is always inflation as a result of economics. For the same reason your great-grandparents could buy satay at three cents a stick and you can’t, Chinese New Year snacks are also going up in price.

That being said, we have some insider knowledge as to why the prices are climbing as well. It’s not quite related to the cost of production. Rather, snacks are more expensive because…

Think back to the 80’s and 90’s. Do you remember the kind of snacks people stocked for Chinese New Year at the time? Sure, some of the classics like hae bee hiam prawn rolls and pineapple tarts are still around, but there was a lot of generic, mass-produced snacks too. Things like Fox candies, White Rabbit sweets, or Haw flakes purchased from the mama shop downstairs.

These days, the snack offerings have become more elaborate. You seldom see Singaporeans who chuck five kinds of sweets and some pistachio nuts into a bowl and call it done. Perhaps it’s because we’re a more affluent society, or perhaps the Internet makes it easier to search and order more fancy snacks. Whatever the reason, snacks are more complex and harder to make today.

These days we see Kueh Lapis from Indonesia (the one with the prunes, that many of you like to buy from Batam), Keropok from a special market in Ipoh that only you and your friends know about, and so forth. One of our staff, who is in the food business, points out that restaurants make a lot of money selling Chinese New Year kueh these days, which in itself is a sign.

Increasing numbers of Singaporeans now buy their snacks from full-blown restaurants, as opposed to buying huge bulk packages from a wholesale factory in Woodlands.

So it’s not that the cheap, mass-produced snacks haven’t gone away. It’s that Singaporeans as a whole are looking for more expensive and exotic offerings since everyone wants to be a good host.

2. The Trend Toward “Homemade” Snacks

As mentioned, Singaporeans want something special. It’s not enough just for prawn rolls to be prawn rolls; they should be homemade. The most notorious of these are pineapple tarts.

Perhaps homemade really tastes better, or perhaps it’s just the romantic notion of people stirring big pots and rolling dough with their hands. Whatever the case, retailers have picked up on it.

There are increasing numbers of retailers (some of them restaurants) who now churn out homemade snacks. And if they're telling the truth, it’s no wonder their snacks are so expensive. Until you’ve actually bought 30 pineapples, lugged them to your home, cut them, mashed them, cooked them for hours in a huge pot, and then started the incredibly long and backbreaking work of baking the pastry with patterns on the rims, it’s hard to complain how justified the price is.

Many retailers, due to the demand for “homemade”, have to hire extra helpers at this time of the year. Behind the scenes, they work long hours comparable to a typical slavery situation.

All this translates to increased costs for consumers. However, it’s a cost Singaporeans seem happy to pay so they can serve those treasured homemade snacks and make their visit unforgettable.

Just in case you’re wondering, the “homemade” label tends to jack up costs by roughly 25%. So a S$15 box of pineapple tarts would be around S$18 or S$20 instead. Of course, you have no way of knowing whether they’re really homemade, unless you’re confident you can taste the difference.

3. Consumers Like to Buy Snacks That Can’t Be Stockpiled

Remember what we said above, about a large number of temp workers, who have to be hired to make snacks around Chinese New Year?

Well, one difference between simple snacks (seeds, nuts, candy) is that they can be stockpiled. Producers can ramp up production half a year in advance if they want to, as the food products will still keep.

You can’t do that with authentic homemade kueh, like homemade nian gao or kueh lapis or pineapple tarts. These items don’t keep, so have they to be made in the week or so leading up to Chinese New Year. This means a temporary surge in production, which means paying for more workers and overtime.

And those temp workers get expensive, because - and you can probably see this coming - most people don’t want to work a side job or extra hours during the Chinese New Year season.

Again, this means a bigger price tag on the various snacks.

4. There is an Unofficial Cartel

Some new year snacks, an astute reader will point out, are produced all year around; they shouldn’t be affected by a sudden surge in demand and production needs. Bak kwa prices, for example, go up at Chinese New Year, but bak kwa is produced all the time.

The simple reason is an unofficial cartel. Shops raise prices because every other shop is raising prices, and you have no choice but to buy at the inflated rate from any one of them.  We say “unofficial” because no one is walking around and forming a massive bak kwa coalition to fix prices (we hope!).

It’s just a natural market condition that causes the price to go up. An unofficial “ceiling” will form - a price that, once reached, will be sufficient to actually turn customers away. However, prices are steadily rising because that ceiling seems to be rising every year (for all the reasons mentioned here).

How Can Singaporeans Save Money on Chinese New Year Snacks?

Fix a budget for snacks, and refuse to buy outside of the planned budget. Most expensive snacks are bought on impulse, like when samples are freely offered at a restaurant counter. (Although, a good pineapple tart is hard to resist, we'll admit.)

Also, rein in any urge to “compete” with other people’s snacks. You don’t need every single item to be imported from a secret kampung in Ipoh, or made by the hands of a master baker. Have one or two “star” items, and then break out the White Rabbit candies and peanuts for the others.

If you really must have special kueh from hotel bakeries, check if your credit card has any promotions for Chinese New Year snacks. You can save anywhere from 10% to 20% off your order with the right card.

You can also use a cash rebate credit card like the American Express True Cashback Card to get a small discount on your purchase. With 3% cashback for the first S$5,000 you spend, you can save quite a bit on your Chinese New Year expenses.

Save Money with These Chinese New Year Buffet Promotions 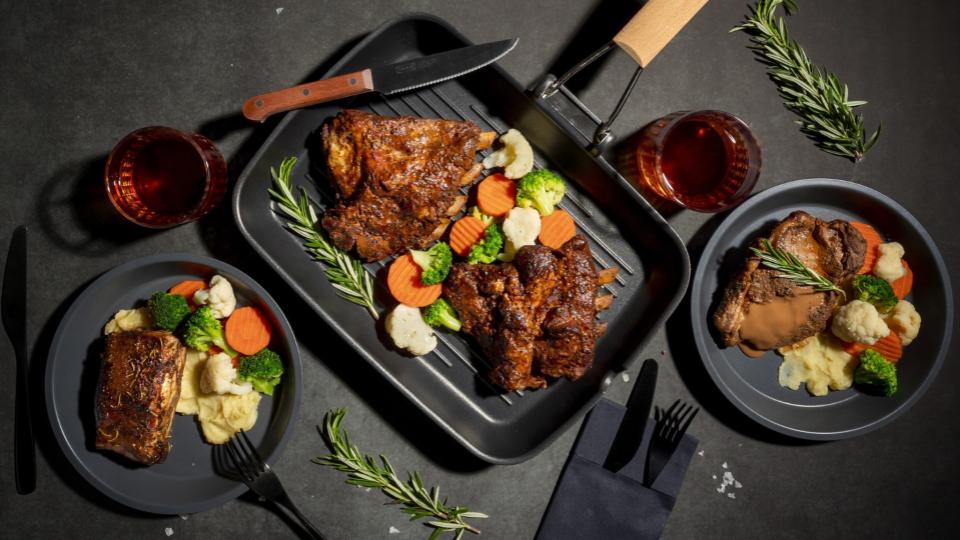 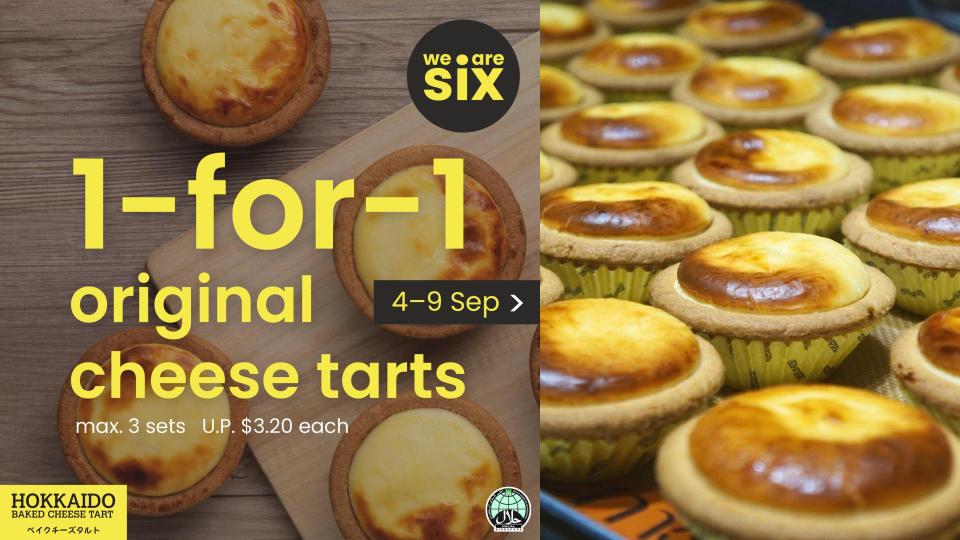 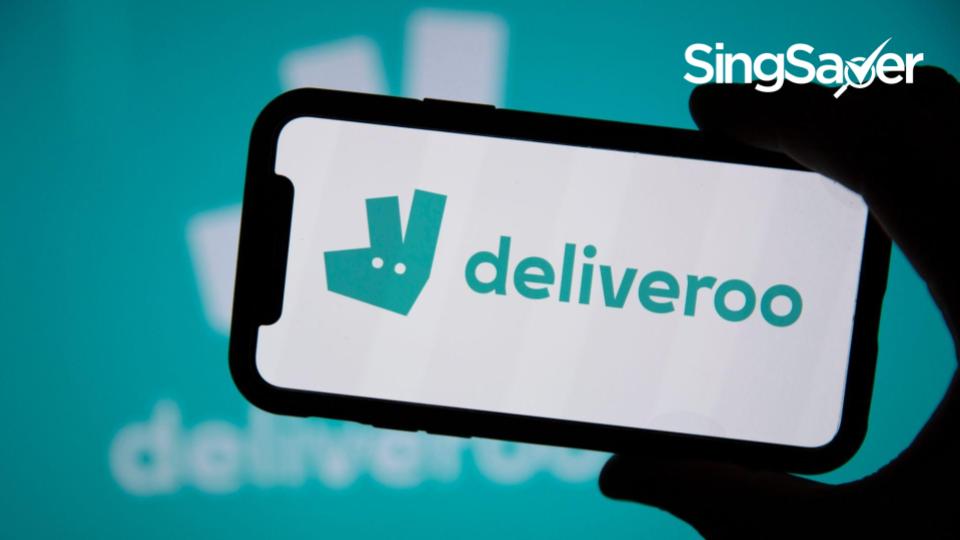