Forget Li Chun. Here are 7 more money superstitions from around the world you could try.

Various cultures all have different beliefs about money. And as a great melting pot, many of them have even made their way to Singapore.

Now that the practice of depositing money during Li Chun has been debunked, here are 7 other money-related superstitions you can try this Year of the Dog.

1. Bury a Statue of St. Joseph to Sell Your Property

This is a superstition practiced by some Catholics (although it’s not officially endorsed by any Church). The practice is several centuries old, and is believed to have started sometime in the 16th century.

Supposedly, some Carmelite nuns were struggling to acquire land, to build their convent. The leader of the nuns, Saint Theresa, told them to plead through St. Joseph (the father of Jesus), and they were soon able to find the land they needed.

Various distortions of the story circulated, and eventually transformed into its present day form - the belief that burying a small statue of St. Joseph will cause your house to sell faster, and at a good price.

(An alternative origin for this legend is that, in the past, German carpenters would bury statues of St. Joseph under the houses they built. This was because St. Joseph was a carpenter. However, the history is unclear on how true this is, or how related it is to the superstition).

2. Keep Your Cash in a White, Snakeskin Wallet to Attract More

This superstition comes from Japan. It’s related to Benten, the Japanese Goddess of wealth (who can take the form of a white snake). It’s said that offering prayers to white snakes can bring success in business and investing.

Over time, this loosely translated into carrying money in white, snakeskin wallets.

(Although we doubt white snakes would be very happy about that!)

3. Keep a Money Plant to Bring Money to You

This superstition started in Taiwan, although it’s far from uncommon in Singapore. The money plant (scientific name Pachira Aquatica) is believed to bring money, into any household or business location it’s grown in.

According to an old story, a Taiwanese farmer came across the strange plant in his field one day. Not knowing what to do with it, he potted it and collected the seeds. He then sold the other plants grown this way, and grew rich on the proceeds.

To this day, it’s believed that money plants only have their wealth giving powers if the cutting is from someone else (i.e. it’s best if a cutting of the plant is given to you by a close friend or relative).

But be warned: it’s also believed that dead leaves on the plant - or having the leaves stolen - will diminish your wealth instead.

4. Never Put Money on the Floor

This comes from an old Feng Shui practice, in which merchants were told never to put money on the floor of their vaults/counting houses. This would cause their wealth to “flow out” the area, and leave them impoverished.

Those who adhere to this belief are very stringent - they won’t even put their bag on the floor, if their money is in it.

As with many Feng Shui principles, there’s some element of practicality to this. Leaving your money on the floor makes it much easier to steal!

5. Never Whistle in Your Own House

This is an Eastern European superstition - and like many superstitions from that region of the world, it’s made its way into parts of Asia.

This superstition holds that, if you whistle while indoors, your happy lifestyle will attract negative attention (anything from spirits, to thieves, to a spiteful universe might notice). Supernatural forces will then conspire to deprive you of wealth, to wipe the cheer off your existence.

Rather dark and forbidding, we think. Still, it’s okay to whistle outdoors!

6. Put Money in the Pocket of New Clothes, the First Time You Wear Them Out

This is an old English superstition, which some older Singaporeans still remember (probably from colonial times). It holds that, the first time you wear your new clothes, you should place a coin in the right pocket.

7. Place Coins on the Eyes of the Deceased

This was originally a Greek custom. In its original form, coins were placed on or under the tongue of the deceased.

The Greeks believed the dead would need to pay Charon, the ferryman on the River Styx, to take their souls to rest. If they couldn’t, they would be trapped on the banks of the Styx for eternity.

Either the restless dead - or the Gods themselves - could enact punishment upon living relatives, who failed to properly care for the body of the deceased.

5 Unexpected Things That Affect Your Ability to Save Money 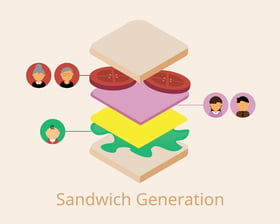