Cryptocurrency: What Is Cardano (ADA) And Should You Invest Money In It? 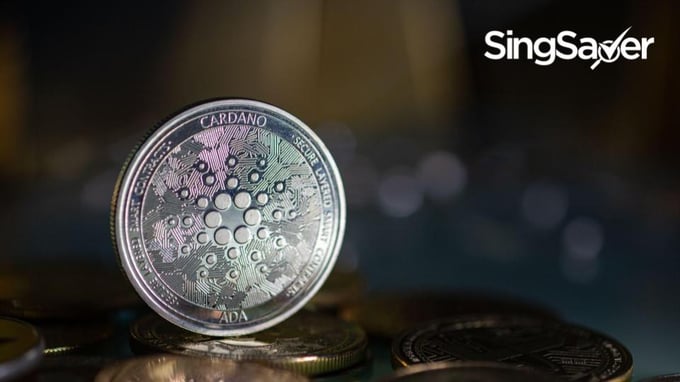 Dubbed the ‘Ethereum Killer’, Cardano became the third-largest cryptocurrency by market capitalisation in September. Here’s what all the fuss is about, and whether you should buy into the hype.

Cardano has been garnering a lot of attention in the crypto space in recent weeks, at one point climbing into the number three spot on Coinmarketcap in September.

The cause of this can be traced to the network announcing the addition of smart contracts on 12 September, which sparked a tsunami of hype that caused a price spike.

With all that excitement going on, you may be tempted to pick up some Cardano yourself. Here’s what you need to know before you do.

Like Bitcoin and Ethereum, Cardano is a cryptocurrency blockchain that can be used for many functions. Its token - Ada - can be used for quick, cheap, global payments, while the blockchain itself is fast gaining recognition as a superior platform for all manner of decentralised apps.

Developed by Charles Hoskinson, who was a co-founder of Ethereum, Cardano is designed in recognition of three major challenges that plague all cryptocurrencies - scalability, interoperability and sustainability - and sets out to overcome them.

It is lauded for being one of the few cryptocurrencies to be peer reviewed and verified by mathematicians and cryptographers, and has a blockchain that is provably more secure and less prone to attacks.

Given the prevalence of cryptocurrency hacks and exploits that result in the loss of millions and millions of dollars for unsuspecting victims, who may have no legal recourse to recover their stolen funds, Cardano’s rigorous approach has won it many fans.

It is regarded as a third-generation blockchain network (with Bitcoin being the first, and Ethereum, the second) that is expected to play a big role in paving the way for mass adoption.

Oh, and in case you’re wondering, the Cardano network’s token, Ada, is named after Ada Lovelace, 19th-century mathematician and daughter of the poet Lord Byron.

How does Cardano work?

Cardano is a proof-of-stake network, so technically you can’t mine its token, Ada.

Though there is the option of staking your existing Ada tokens.

This means lending out your Ada tokens to validate transactions on the Cardano blockchain. When a transaction is verified, you will receive Ada tokens as a reward.

In this way, you can garner more Ada.

The easiest way to stake your Ada on the blockchain is to join a staking pool. By doing so, you add your Ada to the pool, which is then staked on the blockchain by the pool operator. Any rewards generated are distributed in proportion to all parties in the pool.

Currently, you can receive between 4% to 6% APY for Ada staking, but do be aware that pool operators charge a certain commission, which will reduce your rewards.

Before you can start staking Ada, you first need to get your hands on some.

Being a highly popular token, ADA is listed on several leading cryptocurrency exchanges, including Coinbase, Gemini and Crypto.com.

All you have to do is to register and login to a crypto exchange, purchase the amount of tokens you want, and send it out to your crypto wallet.

You can also send Ada to another individual, as long as they have a wallet that is capable of receiving the token. In this way, you can use Ada to store and transfer value, or to pay for goods and services at stores that accept the token.

Like with any other cryptocurrency, you can store your Ada tokens in any number of ways. If you plan to actively trade or stake your Ada, you’ll need an online wallet - aka hot wallet.

Cardano has a number of Ada-specific online wallets which should be your foremost choices.

First, there’s Daedalus, which is a full node wallet that downloads a full copy of the Cardano blockchain and independently validates every transaction in its history.

However, this can cause the wallet to work sluggishly, especially if your hardware isn’t the most powerful.

Hence, some Ada users prefer so-called ‘light wallets’ instead. Two of the most popular ones are Yoroi and AdaLite.

Whether you’re using a hot or cold wallet, be sure to interact only with the respective official websites. Never login using suspicious links, and always check the URL of the website you’re installing your hot wallet from.

For cold wallets, only purchase directly from the official manufacturers, and never buy from unknown third-parties on e-commerce platforms, even (and especially) if they are offered for a lower price.

Failing to do so will most likely result in the theft of your cryptocurrencies, so always be extra careful.

What about leaving your Ada on the exchange you bought them from? Well, this is frowned upon for several reasons, chief among which is that you may lose your tokens if the exchange gets hacked.

What can Cardano be used for in Singapore?

At the moment, there isn’t widespread use of Ada for payments or retail transactions in Singapore.

As such, your options are pretty much limited to trading the token on exchanges, staking or buying and holding for the long run.

How can I purchase Cardano in Singapore?

As mentioned above, you may purchase Cardano on any number of cryptocurrency exchanges online.

Once you have your tokens, be sure to transfer them to your hot or cold wallets for safety reasons.

There aren’t any Ada ATMs available yet, so online purchases remain your best bet.

What are the investment prospects of Cardano?

To be honest, Cardano looks and sounds great on paper, being designed and built specifically to solve some of cryptocurrencies most crippling problems. The network is also proven to be more secure than others.

Its community and supporters can be almost rabid when it comes to hyping up the project (but then again, this behaviour seems to be widespread in the crypto world, with fans of some other tokens being far worse).

This can cause Cardano’s price to become overvalued. Case in point, the rollout of smart contracts on the Cardano network in September caused a spike in the token price. However, even though the integration was completed smoothly and successfully, the price quickly fell, and has stayed that way ever since.

As a result, those who got caught up in the September hype, and who bought in at that inflated price are now stuck with an over 20% drop, wondering when the price can recover so they can finally make a gain on their investment.

How about the risks of investing in Cardano?

The risk of investing in Cardano right now is that you may be stuck holding the bag, waiting for your investment to make a profit.

Those who are impatient or particularly sensitive to price drops may find themselves severely tested, and may even make the mistake of selling their Ada holdings at a loss.

It is not that Cardano is a bad or worthless project. On the contrary, it holds tremendous potential to power cryptocurrency adoption among the masses, which is when the market will well and truly take off.

However, as it stands now, there simply hasn’t been any decentralised apps (dapps) and projects on the Cardano blockchain that is innovative and successful enough for people to sit up and take notice, not the way, say, Uniswap opened up the potential of decentralised finance (defi) on the Ethereum network.

But that’s to be expected, given that Cardano had only just integrated smart contracts (which are required for decentralised apps to work) scarcely a month ago.

Developers need time to create, code and develop new dapps for Cardano. Meanwhile, existing dapps may be mulling the prospect of moving over from Ethereum.

Think of it this way: Even though your iPhone is a technological marvel, would you use it as much if there were little to no apps that could run on it?

Similarly, Cardano is a new blockchain, one that is purpose-built to correct some of the existing flaws and disadvantages of the current generation of blockchains. However, without any dapps to prove its systems, it’s difficult to know if it will blast off to the moon, or flounder and go out with a whisper.

The only thing we know for sure is that Cardano’s true potential remains to be seen. So the question is, would you rather get in early, or wait till everyone else is rushing in?

Read these next:
7 Best Cryptocurrency Exchanges To Use In Singapore (2021)
3 Crypto Scams To Look Out For And How To Protect Yourself
Non-Fungible Tokens (NFT): What They Are And How People Are Making Money Off Them
A Guide To Meme Coins And Whether They Are Worth The Risk
How Bitcoin Works: Singapore Edition 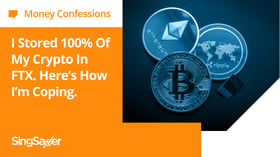