How Gyms in Singapore Secretly Depend on Your Lack of Willpower 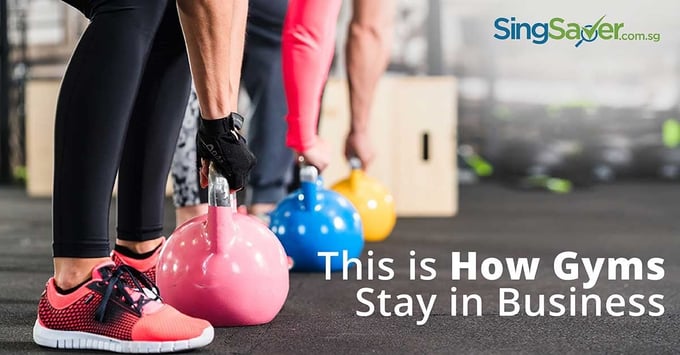 When you buy a gym membership, you run the risk of wasting money if you drop out later. But this is exactly how gyms in Singapore stay in business.

One common question we hear is, “How do gyms in Singapore make money?” After all, rental rates in Singapore are phenomenally high.

Well the secret is a word called willpower - or rather the lack of it. Here’s the secret of why gyms actually benefit when you lack the willpower to go.

When projecting business performance, one of the things we need to look at is the concept of revenue. This is the total amount of money a business makes, before operating costs, taxes, and so forth.

With most brick and mortar operations (that is, businesses that must rent a physical space), revenue is projected as follows:

(That’s pretty terrible by the way. You haven’t deducted the rent, cost of cleaners, cost of equipment, corporate taxes, and so forth).

This is an old, mostly trusted metric when working out whether a business is worth the effort. But the funny thing about most gyms is that, if you use this equation, they come out looking like failures.

The footfall in a gym is terrible compared to most other businesses because you can’t have a lot of people in it at once. Unlike say, a cinema, gyms need to be widely spaced out (unless you want to get smacked in the eye at every Zumba class).

On top of that, most people in the gym are guaranteed to be there for at least 90 minutes. Typical exercise time is one hour, but there’s around 30 minutes of cool down, using the showers, getting changed, and so on. Again, this limits footfall.

Most gym goers also tend to just buy one thing - the membership. It’s a small handful that also purchases things like subsidised supplements or personal training. This means the membership dues need to be massive to make up for the lack of (1) footfall and (2) small basket sizes.

However, gyms in Singapore can’t reliably charge super-high prices either. Every condo, HDB estate, country club, etc. tends to have a cheaper community gym. So how does it work?

The Answer is the Customer’s Lack of Willpower

Many people are impulsive when it comes to gym memberships. Maybe they buy it as a new year’s resolution, or as a consequence of seeing the year’s Manhunt competition. In the spur of the moment, they buy a gym membership and promise to change their bodies.

But if all these people are actually disciplined, and carry on going to the gym for the entire year, the gym might be financially worse off.

Space and time will be taken up by people who have already paid. There’s no further revenue coming in, as there’s no room for new customers.

So instead, many gyms secretly hope that most people will give up after three to four months. This way there’s room for new customers, and the gym can generate sales that it couldn’t otherwise. Our lack of willpower can play a big part in making gyms profitable!

This is Why High-End Private Gyms Have No Monthly Rates

Many high-end gyms don’t have monthly rates; they’ll tell you to use your credit card instalment plan instead. Because when you do that, the entire amount is charged to your card at once. That’s one of the reasons we’ve called instalment plans for services a bad idea.

Even if you decide to stop going later, you can’t “cancel the membership”. Your bank already paid the full amount for you, and the instalment payments are between you and the bank. The gym gets your money for nothing.

Alternatively, the gym will give you a day pass or a monthly pass, but at an insane price that’s way higher than the annual rate.

In the event you find a gym with a truly low monthly rate or day pass, it’s probably subsidised somehow. For example, the gym at a housing estate, which is meant to promote healthy living rather than turn a profit.

Don’t Pay For What You Don’t Use

We’re not saying high-end gyms are somehow worthless. If you need those surroundings to feel motivated - and many people do - then, by all means, go for it. But remember you run the risk of wasting a lot of money if you drop out later.

If you don’t feel a need for a fancy gym...well, a push-up burns the same number of calories, whether you do it somewhere in Raffles Place or in your bedroom.

Watch Out for These Fitness and Weight Loss Scams in Singapore

15 Ways You're Secretly Sabotaging Your Own Finances 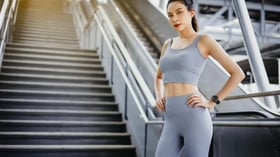 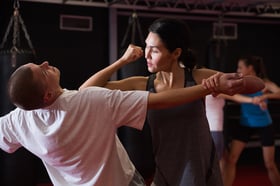