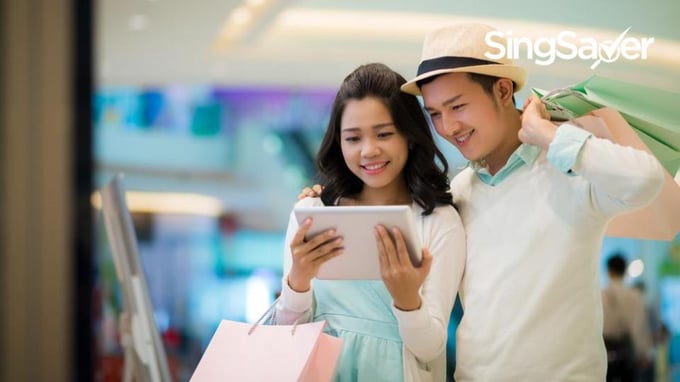 Citibank, Fave, and convertCASH have joined in on the BNPL action. Here’s what their services are offering and how they fare against their competitors.

Buy Now, Pay Later (BNPL) services exploded onto the scene in a locked down 2020, offering an extra line of credit for individuals as online and retail transactions spiked. In Singapore, there are six BNPL providers currently vying for the attention of consumers as they redirect their disposable income from travel expenses to retail spending.

The scene might’ve gotten that much more crowded, but consumers aren’t complaining. And despite Citi and Fave's BNPL services appearing similar on the surface, there are crucial differences that set the two apart.

Here are the full details regarding Citibank’s Instalment Payment Plan, Fave’s FavePay Later, and convertCASH. Find out how these three BNPL freshies stack up against the crowd too.

Citibank’s invitation-only Instalment Payment Plan is a signal that banks are looking into more rewarding options for customers. Currently, financial institutions do offer instalment payment plans that let credit cardmembers split up transactions across a number of months. Unfortunately, these transactions are then disqualified from earning cashback or rewards points.

Citibank’s option lets you have your cake and eat it too. Like a traditional BNPL service, you get to split up a transaction across three months with no interest incurred. What’s more, you continue to earn cashback, rewards points, or miles on these transactions. The invitation is automatic too, with an SMS from Citibank sent your way once a qualifying transaction is made.

Astute Citibank cardmembers will quickly realise that two birds can be killed with this stone. Firstly, you’re given the opportunity to further improve your monthly cash flow. Secondly, this allows you to circumvent cashback caps or accelerated miles or rewards points earn rate limits. However, there are some caveats present.

Downsides of this BNPL service

Firstly, only transactions of S$100 and above qualify for the Instalment Payment Plan. Secondly, Citibank is unwilling to reveal the full list of participating merchants just yet, so you’ll need to keep your fingers crossed after every purchase. Lastly, the fee structure for late payments is a little more complex than regular BNPL services. To be precise, there’s an unspecified late payment fee and a monthly charge of S$3 or the retail interest rate (whichever is higher).

However, it’s clear that Citibank’s Instalment Payment Plan is still in a soft launch phase of sorts, given the plain jane moniker and opaque merchant list. What is guaranteed though, would be your cashback/rewards points/miles not missing a beat since this is an in-house service. Ideally, this should lead to fewer disputes with Citibank’s customer service team but time will tell.

On 28 June 2021, payments app Fave launched Fave PayLater for its iOS version. Android users need not worry because the feature will be added come July. On the surface, Fave’s BNPL service is standard issue, allowing you to split up a transaction into three equal payments across three months.

It’s fuss-free, with no interest being incurred and automatic billing to your credit cards for repayments. The late payment charge is straightforward as well, at 1.5% of your purchase’s final price. No interest rate or additional fees apply beyond that.

However, Fave PayLater’s true calling card would be allowing users to earn up to 15% cashback per transaction. You can double dip this with your own credit card’s cashback, rewards points, or miles to get even more bang for your buck. However, you’ll need to figure out which MCC Fave PayLater sits under, lest you get into some lengthy calls with several customer service officers.

Where is FavePay Later accepted?

Fave PayLater is available immediately at all 40,000-odd Fave merchants across Singapore and Malaysia. These include Best Denki, Puma, GNC, and more. For merchants, this is a feature that is instantly enabled so there aren’t any additional steps for them to take. Also, expect Fave PayLater to be rolled out to online e-commerce platforms in the second half of 2021.

On 9 July 2021, Singaporean Fintech startup convertCASH launched the mobile app version of its service specifically targeting monthly bill payments. ConvertCASH's "We Pay For You First" feature on its mobile app is self-explanatory, granting users an extension of up to 45 days for their business or personal bills by making the payment for them first.

No interest is charged and you'll even be able to earn convertCASH Points that can be exchanged for discounts off future payments. Furthermore, you're automatically enrolled into convertCASH's membership program once you sign up. Tier advancements are granted as you use the app across a stipulated number of months.

ConvertCASH's solution is a highly focused one, targeting individuals who might have large monthly bill payments coupled with an unpredictable cash flow. These include freelancers renting an apartment or SME owners who're just getting their business off the ground.

Furthermore, no hidden fees or additional charges are levied, since convertCASH 're-routes' the bill to your credit card. Although you can link a debit card to your account, it defeats the purpose since the service hinges on the availability of a credit card to facilitate payments that do not usually accept it.

How they measure up + final thoughts

Citibank and Fave’s BNPL services are interesting additions to the current list available for savvy shoppers in Singapore. The former represents how eager banks are to get in on the BNPL action whereas the latter rewards you even further for your purchases. As for convertCASH, it's a unique service that extends the usefulness of your credit card and is more for bills rather than shopping. As mentioned earlier, they do need to contend with six existing competitors, though. Here’s how they fare:

As you can see, the value proposition of each BNPL service is similar, letting you split up a purchase across an equal number of instalments with no strings attached. Where differences start to pop up would be how widely accepted the BNPL service is and whether it offers any additional benefits.

Citibank and Fave have set their services apart from the get-go, but now it’s a matter of being accepted at a wider number of merchants. And for convertCASH, having a mobile app on deck makes it might easier for folks to sign up and utilise its services.

Expect more banks to seek out a slice of this lucrative pie in the near future but don’t be surprised to see greater regulation too. The MAS and other government agencies have their eyes on these firms but for now, it’s business as usual. 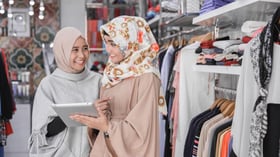 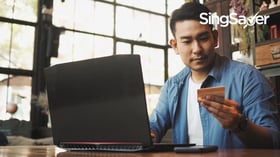 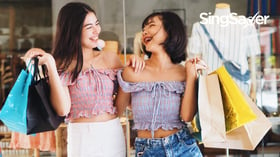