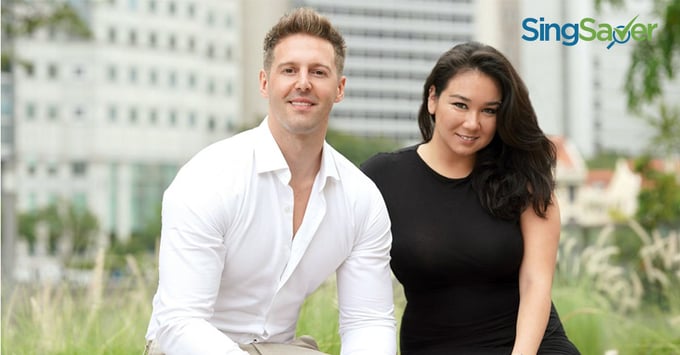 Back in the day, if you had a problem at home with the lights, the plumbing, the kitchen stove, the aircon, moving large furniture, who would you call?

Chances are it involved asking your dad or long-lost uncles if they had any good “lobang” or fix-it-all handymen who just knew their way around the house.

But relying on good ol’ word-of-mouth has its downsides.

You depend on the same old contacts, even though they may not be specialists, or may not be the right people for the job. You’re also limited by your own network or there might be a communication breakdown (many of these old-time handymen speak only some form of Chinese dialect).

Ovvy allows anyone on their app to source for these service providers, read unbiased reviews and bid for these services.  An escrow account ensures the money is only released when both you and the merchant agree the job has been satisfactorily completed.

But Ovvy doesn’t just connect users to service providers. It gives service providers a platform and means to market themselves when they otherwise couldn’t. That’s a boon for a city-state like Singapore that is moving towards sustainability.

The idea of renting, lending, swapping and co-sharing goods and services in a sharing economy is gaining momentum. Witness the rise of services like car-sharing app BlueSG, home rental app Airbnb, and P2P sharing or renting services like MyRent and Style Theory.

Launched in Singapore in June 2018 by entrepreneurs Thomas Beattie and Mia Gigandet, Ovvy has hit 30,000 downloads in under a year. Two-thirds of the user base are active users, excluding the service providers themselves. In May this year, Ovvy secured S$600,000 in seed funding from angel investor Rapzo Capital.

“On a daily basis, someone in Singapore is likely to use something from the sharing economy. There’s transport, food, and other services and the possibilities are endless.”

“These days, a lot of people are inclined to work on their own terms. They don’t have to be assessed or judged by someone from above. They work when they want, as much as they want and they are empowered in a way that the corporate structure limits them,” said the 32-year-old Englishman from East Yorkshire.

A former midfielder with Hougang United FC and SAFFC, Beattie’s journeyman football career came to an abrupt halt when he suffered a sickening clash of heads during an S-League game against Geylang in 2015. He woke up in hospital with two fractured and compressed eye sockets and a broken cheek, forehead, nose and brain bleed.

After turning out for football clubs in Canada, Norway, Australia, Scotland and Albania, the collision permanently put him off football and forced him to evaluate his career. He called the accident his “beautiful nightmare” because it proved to be a blessing in disguise.

Inquisitive and active by nature, Beattie says he plunged into entrepreneurship because he’s constantly trying to problem-solve on a daily basis.

“I’m always in this space of analysing. How can I make this better? Faster? How can I streamline technologies to it?”

Apart from Ovvy, Beattie has either invested or started 10 other businesses that range from tech ventures like Chow and web design service Roque Press. Beattie also launched a custom-built hygiene solution product registered in Singapore early this year. His team raised a significant US$250,000 for this project that distributes these hygiene units to hotels, schools, gyms and condominiums.

Making and coping with the switch

Making the switch from full-time athlete to entrepreneur also came with some hard-knock money lessons.

“Being a full-time startup entrepreneur means living in a more sustainable way because you don’t know when your business starts generating revenue,” said Beattie, who says start-up life is a 24-7 job.

“But it does come with its perks, such as deep and long-lasting friendships,” says Beattie, who was on CLEO’s list of Most Eligible Bachelors in 2019. Many of his business partners are now his friends because they share the same values and approach to life.

“I like to take an idea, marinate on it as I develop it while asking around. Sport for me has always been a vehicle to explore these ideas,” said Beattie, who makes use of the discipline he picked up from the sport to shape his business mentality, while tapping on his athlete network to bring his ideas to fruition.

“Being an entrepreneur can be quite lonely at times. There are many things you have to do solo, and you can’t schedule things ahead of time because work is a priority.”

“It’s like trying to grow into a different style of living. It’s evolved, with constant pressure.”

But Beattie feels hard work and nonstop hustle is all worth it in the end, for all that he’s gained–– a hunger for success and the constant pursuit to realise bigger and better goals.

His top tip for those keen to be an entrepreneur themselves?

“Associate and meet people of different demographics and age, religion, race. If you’re always around the same groups, you’ll stay the same. A large part of who you are is influenced by who you associate with.”

“Be around people who think differently and have different experiences. And try and learn from that– through others’ eyes.”

By Geraldine Mark
Geraldine has always been a mixed bag by nature. To her advantage, she has learnt how to identify connections across disparate subjects. Her interests include food and fitness. She also likes the smell of hot coffee, fried bacon and freshly-laundered clothes, in no particular order.

Geraldine has always been a mixed bag by nature. To her advantage, she has learnt how to identify connections across disparate subjects. Her interests include food and fitness. She also likes the smell of hot coffee, fried bacon and freshly-laundered clothes, in no particular order.