Complete Guide to Disney+ in Singapore: Price, How To Get, Shows To Watch And More 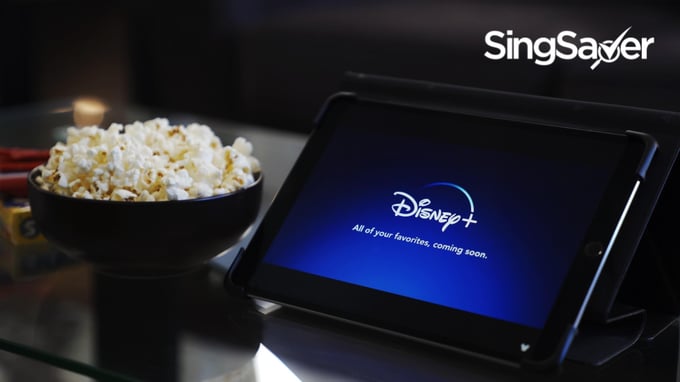 Here are some things you need to know about the launch of Disney+ in Singapore.

Disney fans in Singapore can get ready to retire their VPN accounts now that Disney+ is arriving on our shores.

The highly anticipated, on-demand entertainment platform is available locally right now, with over 500 movies and 15,000 episodes you can watch until the cows come home.

Don’t know what the deal is about? Here are six things you need to know about the launch of Disney+ in Singapore.

1) You get up to $5.30 cashback if you subscribe via Shopback

As of 11 March, Shopback is giving $5.30 cashback (for annual subscription) or $0.50 (for monthly subscription) if you sign up for Disney+ via its app or website.

To qualify for the cashback, you'll need to be a new Disney+ subscriber to enjoy this promotion.

Do note that the Shopback promo is subjected to changes, as we noticed that the cashback value was initially $17.50 via the app (which we managed to snag) and dropped to $16.50 by the end of Disney+ launch day.

2) Free Disney+ for a year if you're a StarHub TV+, Broadband or Mobile+ user

By the way, Disney+ is free for StarHub users, but you need to sign up for either a TV+, Broadband or Mobile+ plan with the telco.

However, there's a huge caveat for this - you need to sign up for certain plans with StarHub to get the free one-year access to Disney+:

If you are already a StarHub user who qualifies for this promotion, or planning to get the following plans, it makes sense.

The real cost of getting Disney+ for free from StarHub

Existing customers who are already subscribed to the ahove plans will also get to enjoy these perks.

Alternatively, you can also sign up for Disney+ at $11.98 per month via the StarHub app and get two months free.

If you're neither a Shopback or StarHub customer, you can still sign up for Disney+ directly from the website.

Disney+ costs $11.98 per month if you subscribe on a monthly basis. But if you opt for the yearly subscription, you’ll pay $119.80 per year, which is approximately $9.98 per month.

That's less than $10 per month, or if you'd like to see it from a freebie perspective, you are getting two months of Disney+ for free, compared to those paying on a monthly basis.

You can create up to seven profiles per Disney+ account, and stream shows on up to four screens at once. That means you can also share this account and reduce the unit cost significantly.

How does it compare against other streaming platforms such as Netflix, Amazon Prime Video and HBO Go in Singapore?

While it is pricier than Amazon Prime Video and Apple TV+, you do get your money’s worth with the amount of content available on Disney+. There’s a slew of movies and shows from Marvel, Pixar, Star Wars and Fox that you can endlessly stream on Disney’s streaming platform.

Compared to Netflix and HBO Go, it might be a close call, but if you bite the bullet and take up Disney+ for a full year, the monthly cost is even lower than Netflix’s cheapest plan.

If you intend to spend almost $120, you might as well charge it to a credit card that rewards you for every dollar spend. Take note that only certain credit cards include online subscriptions for its reward scheme. 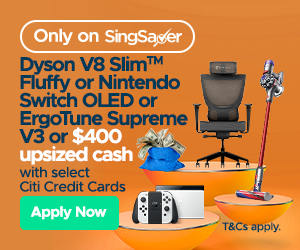 Additionally, enjoy up to 2% cashback on all qualifying spend and up to S$850 worth of exciting gifts when you join Citi Plus and apply for a Citi Cash Back+ Mastercard. T&Cs apply.

Plus, apply for this product and score 3x entry in our Score Big Grand Lucky Draw, where you stand to win your share of over S$30,000 worth of exciting prizes! Valid till 18 December 2022. T&Cs apply.

You can download any series or movie via the Disney+ app (yet to be released), or enjoy a cinematic experience at home with 4K/UHD. Feel free to stream on any compatible mobile phones, tablets, streaming devices, gaming consoles and smart TVs!

In light of COVID-19, Disney has introduced a very important feature — GroupWatch. Like Netflix Party, GroupWatch enables you to watch shows with your friends online at the same time.

One huge advantage Disney+ has over Netflix is the absence of separate tiers for video quality and simultaneous streams. Every Disney+ subscriber can stream in 4K/HDR and is entitled to unlimited downloads — as long as you continue to pay.

Just like what we mentioned above, your subscription comes with more than 500 movies and 15,000 episodes from Disney, Pixar, Marvel, Star Wars, National Geographic and Star.

Subscribers will be able to catch exclusive Disney+ Originals such as The Mandalorian, WandaVision, The Falcon and the Winter Soldier, and fan favorites like The Simpsons, Marvel’s The Avengers, and Frozen.

For fans who’d like to relieve some of Disney’s animated classics, you’ll be glad to know that The Lion King, Aladdin, Beauty and the Beast, as well as their live-action remakes.

With so many shows available, it’s totally understandable if you don’t know where to start. Here are some of the best shows/series you can start bingeing on first:

WandaVision is an American web television series, based on the Marvel Comics superheroes of the same names. The series is a sequel to Avengers: Endgame and a prequel to Doctor Strange in the Multiverse of Madness. It is the first installment and the first television series of Phase Four of the Marvel Cinematic Universe.

The Falcon and The Winter Soldier

Following the events of Avengers: Endgame, Sam Wilson AKA Falcon (played by Anthony Mackie) and Bucky Barnes AKA Winter Soldier (played by Sebastian Stan) team up in a global adventure that tests their abilities and their patience.

After the defeat of the Empire at the hands of Rebel forces, a lone bounty hunter operating in the Outer Rim, away from the dominion of the New Republic, goes on many surprising and risky adventures.

The Mandalorian is a live-action Star Wars television series developed by Lucasfilm. The series takes place about five years after the events of Star Wars: Episode VI Return of the Jedi.

This live-action film tells the epic tale of Mulan, a fearless young woman risks everything out of love for her family and her country to become one of the greatest warriors China has ever known.

7) Theatrical releases are also available on Disney+ via Premier Access at $38.98

Speaking of movies, Disney+ subscribers can also get early access to theatrical releases such as Raya and The Last Dragon. This, however, comes at a price - $39.98 to be exact. That's because on top of being a Disney+ subscriber, you'll also need to pay for Premier Access, which lets you watch the movie on the same day it's released in cinemas.

If you have the patience (and not too worried about spoilers), you can wait till it's available to all Disney+ subscribers at a later date. This is typically around three months after its theatrical release, which is the case for Raya and The Last Dragon.

8) You are now part of a global community

Along with Singapore, Disney has announced that they’ll be launching their streaming services in Eastern Europe, South Korea, and Hong Kong sometime in 2021.

This massive expansion can only mean more budget for them to continue producing more Disney Originals for everyone to enjoy.

You can keep a lookout for more Disney+ updates here.

Read these next:
5 Netflix Shows That Will Change Your View About Money
Netflix, Spotify, GrabFood, XBox: Best Credit Cards For Online Subscriptions
These Netflix Movies Will Save You From Financial Ruin
Is a Netflix Account in Singapore Worth the Money?
Best Video Streaming Services in 2021: Netflix, Amazon, HBO