Disney+ vs HBO Go – Which Streaming Service Gives You the Greater Bang for Your Entertainment Buck? 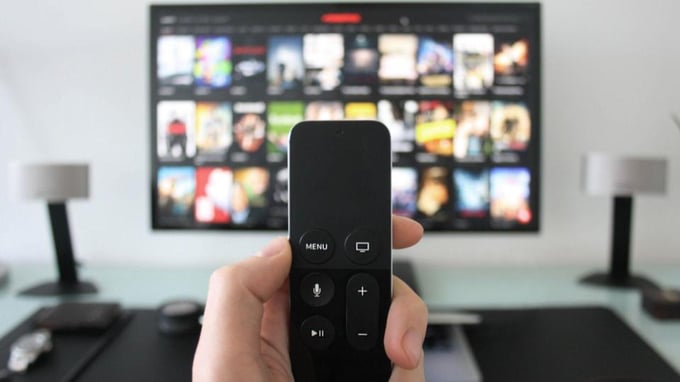 Disney+ and HBO Go cost virtually the same, especially over the long run. So how do you decide which one to sign up for? Read our Disney+ vs HBO Go guide for some tips.

Disney+ and HBO Go are two of the latest platforms to muscle in on the home streaming scene in Singapore and Asia, each bringing their distinctive brands of entertainment to our sunny shores.

You may be wondering about the differences between the two (besides their lineup of movies and shows), and which service you should sign up for.

Well, that’s exactly what we’ll be covering in this article, so let’s get to it!

This difference is negated if you go for the longer-term plans. An annual subscription to Disney+ costs S$119.98, while HBO Go offers a three-month plan for S$29.98. Multiply that four times, and you’ll arrive at an annual cost of S$119.92.

HBO Go’s three-month plan is arguably more flexible than the 12-month term offered by Disney+, as you’ll have the option to cancel your subscription much sooner.

Speaking of cancellations, do note that both services allow you to cancel your plan at any time, as long as it’s at least 24 hours before your next billing cycle. There are no partial refunds offered, but you will be able to continue streaming until your plan runs out.

Disney+ and HBO Go both offer an extensive library of streaming content, with options suited to viewers of all ages and tastes. However, some differences are still worth noting.

The most obvious difference is that Disney+ is the only (legal) way to stream all the latest and greatest Disney, Marvel, Pixar and Star Wars productions, including some of the most fan-favourite movies and series ever produced.

You also have the option of paying for Premier Access, which allows you to catch the latest movies while they are still in theatres.

Premier Access comes with a one-time fee of S$38.98 per title. It’s rather pricey, but larger families might find it worthwhile when compared against the cost and hassle of a trip to the cinema.

On the other hand, HBO Go has some cult classics in its lineup, including edgy, NSFW serials like Game of Thrones, True Blood, Spartacus and Oz (no, not about Dorothy) - available for viewing in all their uncut glory.

Beyond that, the platform also hosts the latest DC streaming content, and you can also find several award-winning dramas and movies, such as Band of Brothers, The Sopranos and True Detective.

It also has a selection of Asian dramas and movies, a genre that is missing from Disney+ at present.

Both Disney+ and HBO Go support streaming to multiple devices, allowing different household members to share the same account - but only up to a point.

You see, while Disney+ allows up to seven devices to be connected to one account, the number of concurrent streams is limited to four. This means that you can only watch a maximum of four different movies or shows simultaneously, although you can do so over seven devices in total.

For HBO Go, the limits are 10 devices, with three concurrent streams, which means it’s a more restrictive experience when consuming different content simultaneously.

How much of an impact these restrictions will have will pretty much depend on the viewing habits of your household.

In terms of streaming quality, Disney+ has the edge, offering resolutions of up to 4K Ultra HD over compatible smart TVs.

Meanwhile, HBO Go offers streams of up to 1080 HD, but are subjected to restrictions laid down by the production studios.

Ultimately, the actual streaming quality you’ll get depends on your specific watching environments, such as internet connection speed and the device you’re watching on.

While most of us consume streaming content at home, it is a nice bonus to be able to bring our favourite shows with us whenever we travel.

Disney+ allows you to log in to your account while overseas, but the content you’ll get will follow that which is available in the country you’re logging in from. This means you will not be able to stream shows that are not allowed in your location. Alternatively, you may be served a modified version.

However, you can download your shows before you travel for offline viewing, with the added convenience of not needing a Wi-Fi connection to do your binge-watching.

It’s a pity HBO Go doesn’t offer quite the same degree of freedom – you won’t be able to access your account while overseas, even if you’re in a country where the service is available.

Alternatively, you can download your movies and drama serials and save them for offline watching as a workaround.

Do note, however, that you can only hold a maximum of 20 pieces of downloaded content at any one time, so forget about binging the entire run of The Wire during your weekend Bali retreat.

Disney+ or HBO Go - which one should I subscribe for?

It boils down to the type of content you and your family members want to watch.

Both platforms have equally entertaining and compelling shows, but they offer different styles and genres. If you have a clear preference for one over the other, then go ahead and sign up for it.

What if you’re not sure which you’ll like? Well, neither platform offers a free trial, so it’s probably a good idea to sign up for a monthly plan to test the waters first. After all, you can easily convert to a longer-term to save some money once you’ve made up your mind.

Charge your subscription to the right cashback credit card and stand to earn attractive rewards. Terms and conditions apply.

Read these next:
Best Video Streaming Services in 2021: Netflix, Amazon, HBO, Disney+ and Viu
Complete Guide to Disney+ in Singapore: Price, How To Get, Shows To Watch And More
Netflix, Spotify, GrabFood, XBox: Best Credit Cards For Online Subscriptions
Things To Do In Singapore That Get You The Most Bang For Your Buck (February 2022)
5 TV Shows And Movies That Taught Us Life-Changing Money Lessons 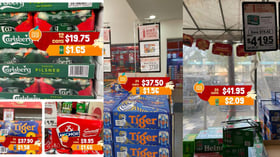 When & Where To Get The Cheapest Beer In Singapore During CNY

BlueSG Offering Free Membership For All Users Until 31 December 2022