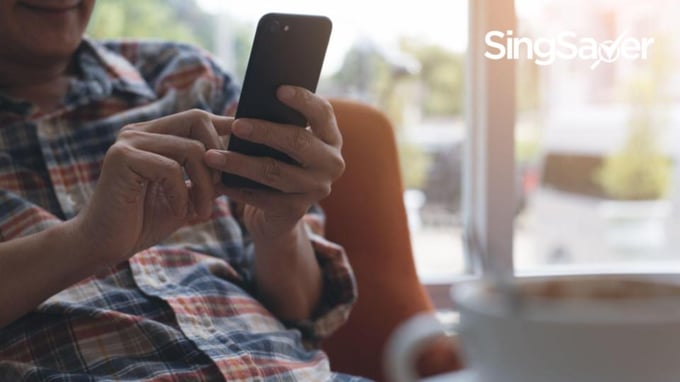 This new telco is differentiating itself by offering the best value for your money, but what do the low prices leave out?

However, with prices starting at a mere S$10, and from a newcomer that’s relatively unknown, the more skeptical among us may be wondering if this is a case of a deal that’s too good to be true.

After all, the last thing you want is spotty service and interrupted browsing, no matter how cheap the plan.

Why are TPG Mobile plans priced so low? What exactly will you be getting (or not)? Is this telco the right one for you?

What is TPG Mobile?

Established in Singapore in 2020, TPG Mobile Pte Ltd is a telco provider offering SIM-only mobile plans. Although the brand is new to our shores, it is actually headquartered in Australia, where it is the second largest internet service provider and the largest mobile virtual network operator.

Started by Malaysian-born Australian businessman David Teoh way back in 1986, TPG clawed its way up to its lofty position through a series of mergers and acquisitions.

With such a battle-hardened history, this is no new kid on the block out to steal a quick slice of the lucrative Singapore internet services market. No, TPG means business, and is setting up shop for the long run.

Which nicely explains why they’re offering such great deals - in terms of dollar-per-GB, TPG Mobile offers the cheapest mobile data plan on the island. And that’s not even counting the extra 50GB you’ll receive under the ongoing promotion.

What plans does TPG Mobile offer?

TPG Mobile keeps its list of offerings short and sweet, with three plans in total - two for general users, and one aimed at seniors.

Before we get into the plans proper, you should know that TPG mobile has a promotion that gives you an extra 50GB of data each month.

This effectively bumps up TPG’s data plans to 100GB for S$10 and 130GB for S$18 respectively. So if you’re looking for the absolute cheapest mobile data-per-GB, look no further than TPG.

But you’ll have to hurry. The website states that the extra 50GB promo will expire on 11 Jul 2021 - although if they get a good response from the market, we wouldn’t put it past them to extend the promotional period.

TPG’s budget SIM-only plan costs just S$10 per month. In exchange, you’ll get a generous 50GB of mobile data (100GB with the promo) which works out to a base rate of S$0.20 per GB.

This is the lowest rate for mobile data you’ll find among other SIM-only plans in Singapore. However, your data usage is limited to 50GB per month, and if you exceed your allocation, you’ll be charged S$1 per GB in excess.

Hence, while the base per-GB rate is unbeatable, you should think about whether you’ll be able to keep within the data cap. If you think you’ll frequently exceed the limit (especially by 8GB or more) consider signing up for the next plan (see below) for better value.

It is also available as a prepaid plan, which could come in handy if you have relatives or friends coming in for a visit and need to undergo quarantine.

Best for: Users with frequent need for cross-border communication and on-the-go data usage.

TPG’s other plan not only provides a higher data cap, but also includes other allowances that add up to a much beefier plan. Still, the monthly cost is only S$18, making this plan an excellent money-saving choice for heavy users who are constantly on the go.

With this plan, you’ll get 80GB of local data (130GB with the promo) which should suffice for most users. But just in case, you can supplement your Whatsapp calls with up to 500 mins local outgoing calls, or just get the other party to call you instead to take advantage of the free incoming calls provided under your plan. There are also 50 free SMSes thrown in for good measure.

And when you need to conduct business across the border, you can make use of your bundled 300 mins worth of IDD calls to 21 countries. Plus, there’s 2GB of data roaming included, handy for last minute hotel bookings on your impromptu weekend getaway (remember those?).

Recommended for: Elderly persons looking for a simple, no-frills plan that allows them to keep up with the times.

TGP’s seniors plan is a well-balanced one. It is affordable by any measure, provides a healthy allotment of mobile data as well as other essentials, while removing the anxiety of extra charges from inadvertently exceeding the monthly data cap.

The last point is simply and elegantly solved by automatically switching over to a lower-speed connection for continued, unlimited internet use, when the 20GB included in the plan has been used up.

This is a useful feature that will be appreciated by less-savvy elderly folks and their harried guardians alike. After all, nobody needs to spend the next Sunday lunch quarreling over excess mobile charges.

Also bundled with the plan are 300 mins of local talktime and 30 SMSes - the former useful in case Grandma wants to tell you about what she just saw on Facebook, and in her haste mixes up the Whatsapp and Call apps again.

Is TPG Mobile right for me?

Judging by the way TPG Mobile has priced its plans, the telco from Down Under is making a hard play for the “value-for-money” angle, drawing customers who are perhaps more price sensitive.

This aggressive strategy (we bet TPG is burning through funds at this stage) marks the newcomer as a serious contender seeking to carve out a piece of the pie in Singapore’s already crowded telco sector.

Do note that both the 50GB and 80GB plans, while undeniably attractively priced, do not have any safeguards like unlimited data or data rollover. This means that the more your data usage approaches the monthly limit, the more value you’re getting.

However, excess data charges are a reasonable S$1 per GB, and the plans themselves aren’t terribly expensive (you could easily spend more on a Starbucks run), all things considered.

So if you’re in the market for a new data plan and don’t mind giving a newcomer a chance, TPG Mobile should make you a happy camper.

While you’re at it, why not get your money’s worth with the best broadband plan as well?

And if you really want to make your money’s worth, be sure to charge your bills to the right cashback card for more rewards. 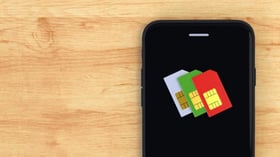 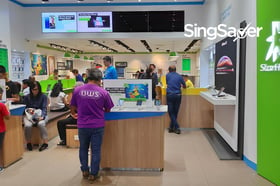