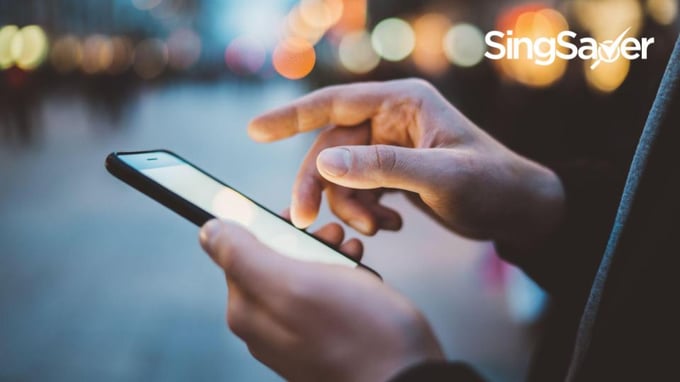 Between Circles.Life, TPG, gomo, giga! and M1 - who has the best SIM-only plan in town?

Thanks to our insatiable appetite for mobile data, SIM-only mobile plans have grown in popularity, rising as a direct competitor to the traditional handset contract service plans.

Packaged with only the mobile services you need (i.e., mobile data, talk-time and SMS, sometimes with extras like caller ID and roaming thrown in), SIM-only plans do away with time-based contracts.

This differentiates them as the non-clingy alternative to handset contract plans, giving you the freedom to switch providers or plans without having to pay a penalty fee.

Here’s a look at five of Singapore’s most popular telcos offering SIM-only plans, and whether you should sign up for one.

This is a low-cost plan that is best suited to light or infrequent users, on account of its low data monthly cap. However, it has decent talk-time and SMS allowance as alternative communication options you can use.

However, our recommendation is to go for the other plan, which costs S$30 per month. By paying just S$10 more, you will get 60GB of data, along with 500 SMSes and 500 mins of talk-time - much better value.

In terms of add-ons, gomo offers the usual basics, such as additional talk-time, a booster pack that gives you more data, talk-time and SMSes, as well as roaming and IDD capabilities. These are quite reasonably priced.

Who this is for: Budget-conscious mobile users seeking a balance between data, talk-time and SMS.

Circles.Life - From S$18 per month

Many people know Circles.Life as the telco that started it all, putting forth refreshingly different mobile plans and then-unheard of giveaways like unlimited mobile data.

Well, there’s a method to the madness, and quite a simple one at that.

You see, Circles.Life basically only offers one base plan, but it also gives you a whole range of optional add-ons so you can customise your plan to your exact liking. If you go on the website, you’ll be presented with two plans, but if you look closer, it’s really just the one, with the other plan sporting a popular add-on.

The other heavily advertised plan is priced at S$38 per month, and gives you 100GB of data, with all other services being the same as the S$18 plan.

Circles.Life is known for being generous with its data allotments, to the point of offering “unlimited” data that rolls over.

What this means is that should you exceed your monthly data cap, you can still surf the web - only at reduced speeds. Your data speed will be fully restored to 4G standard when the next month starts and your data cap is reset.

Best of all, there’s no need to pay for excess usage, unlike with other telcos.

However, if you fail to use up all your data, the leftover will automatically be banked into the next month.

The main drawback of Circles.Life is the low talk-time cap (100mins, no free incoming). However, if all you want is data, then Circles.Life offers great value.

Who is this for: Those who have high data consumption and don’t care for excess-use charges.

If you’re looking for the absolute lowest prices, TPG is the telco you want. Its SIM-only plans start from just S$10 (S$5 for the seniors plan) and provide quite decent value at that!

For S$10 a month, you can get 50GB of data, 300 mins talk-time with free incoming calls, 30 SMSes and 1GB of roaming data - good for those weekend Johor Bahru jaunts so sorely missed by everyone.

And if you love your grandparents (who doesn’t?), you no longer have an excuse not to keep in touch with them. TPG’s special S$5 seniors plan comes with 20GB of data, 300 mins talk-time, 30 SMSes and 1GB roaming.

Even better, local data on this plan is unlimited, so there’s no need to worry about racking up excess data charges. Web connection speeds simply drop to a lower rung once the 20GB monthly cap has been reached.

Who is this for: Mobile users looking to spend as little as possible, yet still able to access a full suite of services.

Starting from S$10 a month, giga!’s plans are affordably priced. Yet, in terms of value, they don’t quite measure up to some others on our list. (Case in point: Compare giga!’s S$10 plan with TPG’s).

The telco stands out, however, for the massive amount of talk-time and SMSes offered in its two most expensive plans. You can get up to 10,000 minutes of talk-time - enough for a 7-day marathon call!

Another feature that you might like is the free rollover for any unused data, although that’s capped to a maximum of two cycles.

gigia! also offers a number of add-ons starting from S$1, including data packages especially for Whatsapp, Facebook and Instagram, which are useful in exerting control over your mobile bills.

Who is this for: Mobile users looking for high talk-time and SMSes in addition to local data.

M1’s offering in the SIM-only space is perhaps the most freewheeling of them all.

The telco’s Bespoke SIM-only plan allows you to choose how much local data and talk-time you want, and charges you accordingly. Unlike other telcos’ plans, you are free to change your data and talk-time allocations every month, so you can customise your mobile plan on the fly.

You can choose anywhere from 5GB of data to unlimited (we assume this runs on a fair-use basis, as is the common industry practice, where your connection is downgraded to a lower speed after a threshold has been reached) across various permutations (5GB, 12GB, 40GB, 60GB, 90GB and unlimited).

M1 also has a SIM-only Seniors plan, which comes with 30GB local data, 1,000 mins talk-time and 1,000 SMSes - great for that one grandaunt who inadvertently puts out viralTikTok clips, but would still rather call you up on the phone for a good, old-fashioned voice chat.

Who is this for: Mobile users whose usage changes on a regular basis.

SIM-only plan vs handset contract plan: Which is better?

SIM-only mobile plans are no doubt attractive, with large data bundles and low prices. However, they may not automatically be the best choice for all users. Here’s a look at the strengths and weaknesses of SIM-only plans, when compared to handset contract plans.

SIM-only plans have no lock-in period

SIM-only plans do not tie you down to a contract, so you’re free to switch providers and plans whenever you wish. (Having said that, there may still be a minimum period after signing up for a plan before you’re allowed to make changes. Such policies are in place to prevent abuse or mischief.)

And because there’s no contract, there’s also no penalty fee for early termination of your plan. This is a refreshing change from the bad old days, where you had to put up with disappointing service until your contract ended, or pay up the entire contract in a penalty fee.

SIM-only plans can be cheaper

Another advantage SIM-only plans offer is their low prices, especially when compared to plans with a handset contract.

You’ll probably view this as a boon, especially if you’re looking to cut down your mobile bill. That is until you lay eyes on the latest iPhone because....

SIM-only plans do not offer installment plans for handsets

Most SIM-only plans do not offer installment plans for handsets, so you’ll have to cough up half a lung or however much Apple is demanding for its latest iPhone.

Handset contract plans, on the other hand, factor in the retail cost of your handset and spread it out over the contract term (typically, 12 or 24 months). Obviously, this bumps up your monthly bill (leading to higher prices vs SIM-only plans) but it also allows you to pay off your phone gradually.

This is the better option if you don’t quite have the cash for the mobile phone you absolutely must have this instant.

Read these next:
Best SIM-Only Mobile Plans For Light, Moderate, And Heavy Data Users (April 2021)
SIM Only vs Fixed Contract: Which Is The Best Mobile Plan For Me?
Cashback vs Miles vs Rewards: Which Is The Best Type Of Credit Card For You?
Buying A Gaming Console? Here Are The Best Credit Cards To Get Your Xbox Series X Or PlayStation 5
Cost Comparison: Massage Chairs vs Massage Services 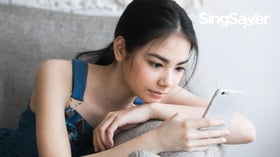 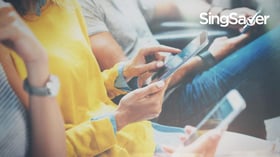 SIM Only vs Fixed Contract: Which Is The Best Mobile Plan For Me? 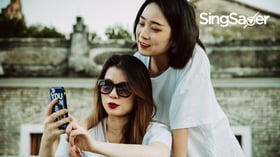