What Happens If: You’re Under-insured Against Critical Illness? 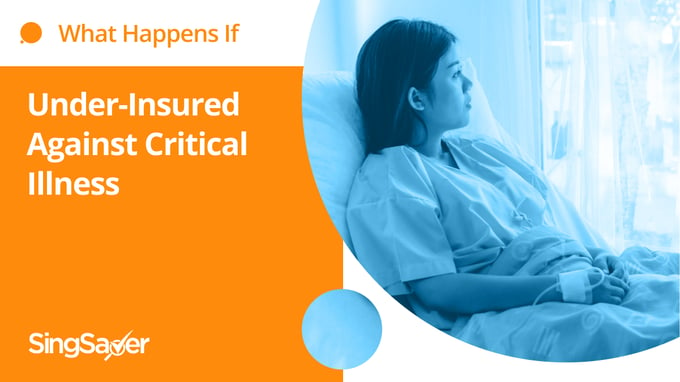 What Happens If, a SingSaver series, lays bare all the likely personal finance scenarios that could hit you at any stage of your life. After all, it never hurts to be prepared.

When critical illness strikes, medical costs are not the only thing to worry about. The long road to recovery could cause significant financial stress, such as income loss and childcare-related expenses.

What Happens If, a SingSaver series, lays bare all the likely personal finance scenarios that could hit you at any stage of your life. After all, it never hurts to be prepared.

At first glance, standard Integrated Shield plans may seem like they can keep us financially protected from pricey medical costs when our health is ever compromised.

In comparison, LIA recommends a sufficient CI coverage to be about four times the average annual pay of $81,663 or around $316,000.

What’s more, the results of a recent Great Eastern consumer survey showed that almost 40% of Singaporeans who have never been afflicted with CI are not willing to pay more for a higher coverage insurance plan — even if it provides better protection.

The key reason for their trepidation? Not being aware of the benefits of CI.

CI insurance provides policy holders with a lump sum payout in the event of a specific critical illness diagnosis. This payout could potentially make up for any protection gaps in your existing health insurance plans.

Depending on the coverage, CI will typically cover Singapore’s most major killers such as cancer, strokes and heart attacks. This way, your financial health won’t have to take a hit while you seek treatment and recover.

What happens if critical illness strikes and you’re under-insured

According to the Great Eastern consumer survey, over 80% of critical illness patients and their caregivers expressed regret over not buying enough insurance protection. As they increasingly rely on insurance payouts to mitigate expenses, 30% of them incur more than $250,000 in medical bills.

Worry about when CI will strike again

Over 50% of those that are currently experiencing CI believe that it will not be the first. With over three in four willing to pay more in premiums if it could give them increased protection against more CIs, plus the relapses that may occur down the road.

Reasons why you should get CI coverage earlier instead of later

#1 Critical illness could strike at anytime, even when you’re young

Now you may be wondering why the rush. If you’re still in the prime of your life, CI may seem far from your list of immediate concerns. But recent statistics show that CI could strike at any time, even when we’re decades away from retirement.

According to the National Registry of Diseases Office, there’s been a rising number of young people with cancer, particularly for teens as young as 15 to adults aged 34.

As our life expectancy increases, it could also mean that we will need to take the long road to recovery into account. Survey results showed that almost 39% of those with CI stopped working for over a year, resulting in massive income loss.

By starting your CI protection earlier, not only will you nab a better insurance rate, it will also ensure that you’re able to get adequate protection and continued coverage while you focus on getting back on your feet.

#3 Critical illness might strike more than once in your lifetime

This could be difficult to think about but it is not unheard of for relapses to strike multiple times in your life, especially now that we are living longer. According to a Ministry of Health and University of Washington study, a Singaporean born in 2017 could live for as long as 84.8 years and spend 10.6 years of his lifetime in poor health. This is particularly sobering as we don’t normally think that CI and the time spent to seek treatment and recover will take up such a huge chunk of our lives.

Now that you're informed on CI and the essential protection it provides, be sure to sign up for one by checking out the best CI insurance plans in Singapore.

Your friendly neighbourhood cat enthusiast who enjoys not being broke. Spend less, save more is the name of the game. Firm believer that being financially savvy is not about the destination, but the friends you make along the way. 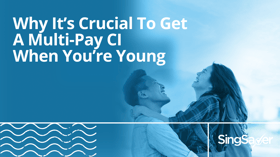