Roblox: What is it and What are the Latest Promo Codes for September 2021? 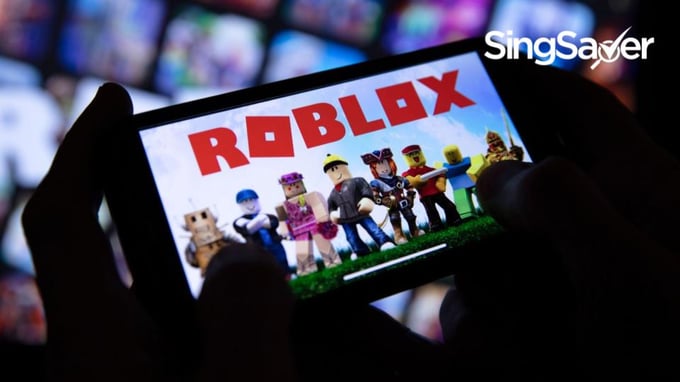 Rising from obscurity in 2006 to become the hottest digital network among teenagers today, Roblox is a free-to-play gaming portal that could cost (or make) you a small fortune.

You know the world has changed when a 13-year-old in their bedroom isn’t mooning over the latest pop idol, but working on a creation that will one day pay for their higher education.

Created in 2006, but only recently exploding in popularity, online gaming and content portal Roblox is the hottest thing among older children and teenagers in 2021.

But what exactly is it, and why are your children suddenly whining about running out of “row bucks”?

Why is Roblox so popular?

Players can not only choose from millions of online games to play, but also try their hand at putting together digital content. Players can create simple games and virtual rooms or spaces, where they can invite their friends to come hang out, chat and play together.

This essentially allows players to host or partake in a shared experience, without necessarily having to deal with a competitive environment where there is pressure to win.

Think of it as “YouTube for game creators”, only more congenial and with less DMCA takedowns for inadvertently misusing your favourite song or music track.

To create their own games or spaces, players can make use of the free Roblox Studio Software, which is a set of kid-friendly programming tools that helps teach the principles of game programming and design.

In fact, the Roblox community has a dedicated cadre of highly talented players who put out content and games that rival those by professional developers and programmers. There are an estimated two million such content creators on the platform, with the cream of the crop even able to make money, receiving a cut of in-game currency Robux spent by other players.

And before you dismiss it all as child’s play, know that top content creators are earning enough to put themselves through university.

Does it cost money to play Roblox games?

Roblox is free to play, but it also offers in-game items for sale. These are virtual accessories that players can use to dress up their avatar, allowing individual players to express their own styles, or simply to create the avatar they want.

These clothes and items can be purchased using Robux.

Players can earn some Robux as they play - usually when they purchase items - but they are unlikely to be able to get the items they want quickly enough.

Instead, it is more likely that a Roblox player will purchase gift cards redeemable for Robux. Such cards cost between US$10 and US$200 each, and contain different amounts of Robux.

How much does Robux cost in real dollars?

Now, considering that prices avatar items cost anywhere from 60 Robux for a beanie, to 700 Robux for this admittedly quite cool Luger pistol, and a shocking 17,000 Robux for a full costume set, clearly this isn’t a game you should give pocket-money-receiving children free rein of.

You certainly don’t want to be called up to the principal’s office because your kids were caught filming questionable stunts for TikTok behind the school laboratory, all in a bid to get their fans to send them Robux.

Far better to sign up for a subscription plan that provides a fixed amount of Robux each month, along with other play perks and benefits. This way, you can teach your child how to work a budget, instill patience and discipline in them, while controlling your expenditure on virtual items.

See the table below for a summary of Roblox’s membership plans.

Roblox makes many items redeemable for free - if you have the right promo code. These are released periodically, and may be launched in conjunction with featured games.

The table above contains all the promo codes we found online for August.

Additional freebies (emotes, items, etc) you can get

Given its young user base, it’s no wonder Roblox ties up with pop stars and other teen- and children-targeted businesses.

These promos take the form of in-game events, which players can attend with their virtual selves. Doing so will net them limited edition freebies and giveaways, which they can then use to further customise their characters.

Players can also participate in special, limited-time activities held during events for the chance to find more items for free.

Other ways to get free items

Besides using promo codes and joining in-game events, players can also get character items for free in multiple ways.

For example, visiting the Ready Player Two hub will net you an exclusive t-shirt and Mys7erious Book accessory.

Other items can be earned simply by playing the different games on the platform, such as by defeating a certain character, or completing a specific quest.

Read these next:
Money Confessions: The Best Of Dads’ Money Hacks Since The 1970s (and Dad Jokes)
4 Things To Do With Your Children’s Ang Bao Money
Best Enrichment Classes for March School Holidays for All Budgets
7 Rising Franchises In Singapore: How Much Does It Cost To Start? (2021)
Best Online Shopping Credit Cards in Singapore (2021)

BlueSG Offering Free Membership For All Users Until 31 December 2022 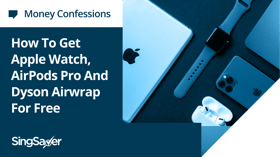