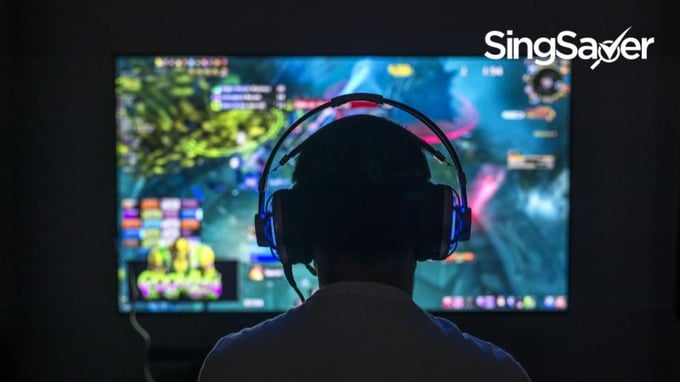 With Singapore re-entering Phase 2, you’re probably finding yourself spending more time at home again. While we wait out the latest round of restrictions and closures, why not take the opportunity to try out the following PC games?

Each of these titles are fan favourites, whether for their fantastic storytelling, gorgeous art, fun and engaging gameplay, or sheer entertainment value.

Best of all, you can enjoy these eight PC games free-of-charge.

8 best PC games to download and play for free

Released by legendary developer Blizzard all the way back in 2010, Starcraft 2 is still widely hailed as the finest title in the real-time strategy (RTS) genre. So popular was this game that it quickly became a regular fixture in e-Sports, rising as one of the top games played competitively by professional players around the world.

The game combines a compelling storyline, memorable characters and interesting units with deep, strategic, fast-paced gameplay, making for hours and hours of entertainment. Each mission will see you taking charge of a base, where you must harvest resources, build additional buildings, research technologies and raise an army to fight and conquer your enemy.

Starcraft 2 spans three campaigns - each bookended with Blizzard’s trademark cinematic story clips - and you can download and play the first campaign for free. This version also grants you free online multiplayer, so you can challenge your friends to a virtual space battle or two.

If you enjoy the first campaign and want to see how the story plays out, you’ll have to pay to upgrade to the full version. But ask any fan and they’ll tell you it’s well worth it.

A digital card-battler in the vein of Magic: The Gathering, Blizzard’s iteration draws from the rich lore of its beloved World of Warcraft universe, letting you play as legendary heroes and villains as you fight other players in virtual contests.

Each hero or villain represents one of Hearthstone’s nine classes, with each having distinct abilities and unique spell cards. You can only bring a limited number of spell cards with you into each battle, which limits the strategies available to you. There’s also an element of randomness, as you have no control over the order in which your cards show up.

You and your opponent take turns drawing and casting spell cards, and you win by reducing the opposing hero or villain to zero hit points.

The card battles are just half the fun. As you play, you’ll earn in-game currency that you can use to buy new card packs.

These contain a fixed number of random spell cards, ranging from cannon-fodder to rare and powerful spells and abilities around which you can design new strategies and play styles.

Don’t be fooled by its colourful aesthetics and easy-to-pick-up nature - there’s a complex and strategic card system at its core that is rewarding to discover and master.

Get it from: Epic Games

A distinct entry in the popular multiplayer online battle arena (MOBA) genre, Spellbreak has you playing as a spellcasting wizard, whose mission is to battle other wizards and fulfil objectives, depending on the game mode you choose.

Unlike other MOBAs, you do not pick a class when you play. Instead, your “class” is determined by the elemental nature of the magical gauntlets you find scattered around the arena you are fighting in. This allows you to change your class on the fly, by picking up another magical gauntlet if your current one isn’t working out for you.

There are six element types offered - frost, fire, lightning, stone, wind, and toxic - and you can run, hop and fly around the arena, blasting opposing players with all manner of fantastic spells. Advanced players can even equip gauntlets of two different elements to cast spectacular combination spells (think fire + air for a fire tornado, etc).

Spellbreak also offers cross-platform play so you can get your friends who are on consoles or handheld ones like the Nintendo Switch to join your crusade.

Get it from: Garena

League of Legends follows the classic squad-based MOBA formula, where teams of three or five players fight each other in an attempt to be the first to destroy the opposing home base.

There are several characters and classes to choose from, each requiring varying levels of skill to successfully play and control. The character roster offers a wide and imaginative selection, from poison dart-shooting hamsters, to dual pistol-wielding assassins, undead liches, hulking stone elementals and everything in between.

A large part of the fun lies in learning to play the different classes, finding out their strengths and weaknesses, and building your pool of favourites.

While there’s an undeniable rush when fighting and killing the enemy on the map, there’s also a layer of strategy involved.

It is not enough to be individually skillful - all players must band together as a team to methodically take down the enemy base. It is this deep strategic layer that emphasises teamwork that has helped League of Legends rise as a leading eSport.

You can download and play League of Legends for free on your computer, and while there are many fanciful character skins and particle effects to purchase with real cash, such purchases are purely for vanity’s sake.

The game can be enjoyed fully without ever costing you a single cent.

Get it from: Steam

Battle it out with up to seven of your friends in an epic test of strength and skill after picking your favourite fighter from a roster of colourful and memorable characters. There are also weapons that change your fighting style when equipped, and powerful gadgets that can turn the tables on your nemesis.

Brawlhalla is praised for its crisp controls and movement, cast of adorable fighters and streamlined, well-designed stages. It is also lauded for smooth online play, which is a feat considering that even big-budget titles can be plagued by multiplayer connectivity issues.

The 2D brawler game is great if you’re looking to blow off steam with some mindless fun. There are also several game modes offered, increasing replayability value.

The base game is free to download and play. There are character packs available for purchase that will grant you additional fighters, such as the hilarious gang from Kung Fu Panda.

Get it from: Origin

Apex Legends is a new entrant to the battle royale genre - where you basically fight your way to the top to be the last man standing - and introduces some innovative new features.

Instead of playing as a lone wolf, you have to team up with other players for intense squad-based firefights. As a result, your choice of character will now have a far greater impact on your team’s results, as different characters bring unique abilities and strengths to the table.

This innovation, along with others like respawn beacons and smart comms, bring a deeper layer to the gameplay. Instead of simply trying to outgun and outrun everyone else, success lies in being able to play to your squad’s strengths and mitigate its weaknesses.

There are 13 characters (the titular Legends) launched so far, fulfilling traditional roles like tank, healer, damage-dealing and support. There is a wide variety of weapons to be found as you play - from sniper rifles to shotguns and everything in between - while each Legend has its own set of abilities and ultimate abilities.

An offshoot of the beloved Call of Duty franchise, Warzone is Activision’s take on the battle royale genre. The game doesn’t try to turn the beloved genre on its head. Instead, it makes some welcome tweaks, keeps the rest, and sticks closely to its first-person shooter roots.

One thing that Warzone makes different is the flattening of the loot curve. Unlike other popular battle royales that place a heavy emphasis on finding the right loot to create the ideal loadout, Warzone streamlines the process by offering weapons with pre-set upgrades.

This allows you to simply find the weapon you like, then get on with hunting down the enemy, instead of spending the first half of the battle looking for parts before you even think about firing your first shot.

Another tweak changes how death and respawns work. When you’re shot down, instead of dying and immediately respawning, you’ll participate in a one-on-one fist fight. Win and you’ll be released to continue the battle. This system lets you blow off some pent-up frustration from being defeated, while supporting a more fluid play.

Warzone carries over some of Call of Duty’s gameplay features, including killstreaks (powerful, spectacularly devastating attacks like air strikes) which can make for pretty frustrating moments, especially in the closing minutes of the game when everyone calls in their killstreaks to try to turn the table.

Nevertheless, the free-to-play game is a worthy addition to the battle royale genre. Like its peers, Warzone offers season passes for purchase, which help you get rare cosmetic items and accelerate your progress in unlocking new perks.

Get it from: Ncsoft

A high-fantasy game set in the ethereal world of Asian martial arts, Blade and Soul is a beautifully realised digital world populated by all manner of fantastic creatures and skilled martial artists.

You’ll play as the sole survivor of an attack on your clan, and must venture out, hone your skills, seek allies and eventually exact your vengeance. The game offers a vast, lush and cinematic world for you to explore - a delightful task on account of the imaginative movement options you have at your disposal.

Just like in classic martial art novels, your character can glide, skip and hop its way through, instead of simply trudging or running along a fixed path. At higher levels, you’ll unlock special portals that will launch you across the world in creatively executed sequences that rival some of the best scenes in anime.

There is a total of 12 classes for you to pick from, each with its own unique characteristics and play styles. Fights are fast-paced and flashy, with lots of thrilling acrobatic moves, cool weapons and gorgeous spell effects.

This Korean massively multiplayer online role-playing game (MMORPG) was launched in 2012 in the East, but has recently been released to the Western world. It is completely free to download and play, but you can spend real cash for player perks and quality-of-life improvements like extra storage space.

Read these next:
Best Online Shopping Credit Cards in Singapore (2021)
Cost Guide: How Much Does It Cost To Repair An iPhone In Singapore?
Best Home Projectors To Stream Movies
Best Wireless Headphones For All Budgets 2021
Best Soundbars For Under $700