The Consequence Of Your Child Going Cashless Too Early 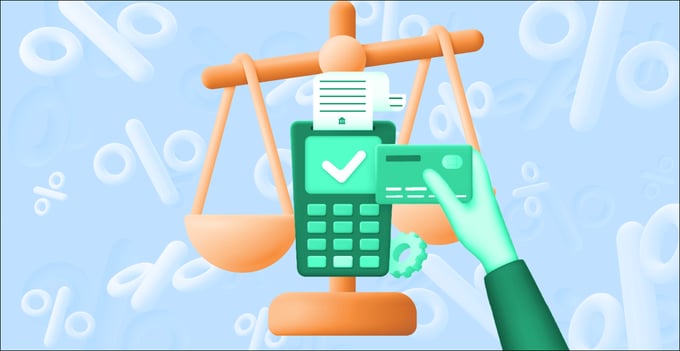 Will future generations of children not know how to count cash? How will going cashless impact their spending behaviours and attitudes towards money?

In this technologically advanced era, we’re witnessing the progression towards a cashless society. Take a look around, and you’ll see that even hawker centres are now starting to accept debit/credit card payments, and even other cashless payment methods like Grabpay, PayNow and PayLah!

Picture this: In about a few years or so, primary 1 kids who are learning how to buy food at the school canteen will no longer be carrying cash with them. Instead, they’ll go around to ‘di’ with their respective credit or debit cards. You no longer will witness confused primary 1 students shoving a S$10 note to the stall vendor in confusion just to purchase a S$1.20 milo packet.

With kids starting to go cashless at such a young age, will there be any adverse impacts? And how will their attitude towards money differ from the children of the past?

I don’t know about you, but when I was in primary school, I would diligently count the money I had left in my wallet every day to see if I had enough to buy myself a treat from the school bookshop. I would always make sure I had enough money for the day before I bought a drink or an extra snack if I was still hungry.

However, if kids are just tapping away at their parents’ credit cards without seeing the physical money in their wallets deplete, they might not feel the ‘pain’ of spending like we did. Let’s be real —  even for us adults, sometimes paying with our credit card might lessen the guilt of spending on an impulse buy or a material good.

This could lead to children having the tendency to overspend, assuming they have more than enough pocket money for the week or day. Without feeling the pinch, spending will no longer be exchanging their precious money in return for food or items. To them, it could be reduced to the mere action of tapping a credit card which takes less than 2 seconds to complete.

This brings us to our second point – that future generations may no longer be able to process that money is tangible, and are just purely digital numbers.

Making purchases through mobile apps or credit cards gives you the impression that money is just a made-up internet thing that hardly ever runs out. They are just digital numbers that appear on electronic devices when you want to pay for something. S$2.50? Tap. S$38? Tap. S$1,080? Tap.

Kids may just view money as something intangible and abstract. Will they get used to a S$5 note leaving their hands in exchange for a pencil case or a notebook that they want? Probably not.

With money being so easy to transact in a “tap and go” fashion, they might overlook the value of money, thinking it’s just an infinite resource that can be taken lightly.

#3 They might forget that money has to be earned

Moving past the previous two points, the intangibility of money might further propel the belief that money is easy to come by. With everything stored in a card where they are unable to easily view the balance funds, money might really seem like it is grown from trees. Their parents transfer the amount into the card each day, and suddenly money appears.

Children in future generations may fail to realise how hard it is to earn money. Their parents are slogging for 9 hours each day just to earn enough money to feed them and pay for things. It takes so much effort and time to make money, and this is what many children may fail to realise given how cashless everything might become.

This creates a vicious cycle: they don’t know that money has to be earned, and they end up not seeing the value of money, which further exacerbates the habit of overspending. Everyday items may seem more disposable than ever, encouraging generations to be less appreciative of what they have.

Though you may think this may be a long shot, it might seem to be more prevalent than we think. An article by Channel News Asia revealed that one of the author’s friend’s primary school child could not even count money at the start. The child carelessly to shoved S$2 or S$5 bills to the canteen stall owner and expected her to return him the exact change as he lacked money awareness.

Though students learn how to count money as early as in kindergarten, a lack of practice with actual money might cause them to lose touch over time. We can argue that parents can continue to teach and practise with them at home, but will that be enough?

How can we counter these consequences?

If I were to imagine primary school children having access to a debit or credit card, I would assume that the account would belong to their parents. However, maybe parents can start training children from young the value of money by setting up their own bank accounts.

Instead of a credit card, parents can start them off with a debit card first that limits their spending to the bank balance. Parents can either allocate a daily spending limit on the card or limit the amount of available funds in their bank account each day.

This will help them learn for a fact that money is not infinite and can indeed run out. If they overspend and use up all of their funds, that is the consequence that they have to face. This also teaches them what happens when they tap ‘pay’ and how it would deplete the funds in their bank.

#2 Have them work for their money

If we don’t want our kids to overlook the scarcity of money, having them work for their own money whether it’s their daily allowance or just extra cash could help.

You can have a household chores system whereby you reward them with an extra S$2 if they voluntarily choose to sweep the floor or fold their own clothes, or maybe an extra dollar if they behave or swap out TV time. These small lessons could drill in the notion that money has to be earned and worked for, and it doesn’t come easily.

When kids start to learn this concept from a young age, it could help them realise the value of money more, which could help to prevent them from overspending and splurging on unnecessary items. Studies have also revealed that rewards encourage kids to repeat positive behaviour, and it can also improve their self-esteem and parent-child relationships.

#3 Monitor what they are spending on

Credicashless payment just makes it more convenient for you to track their expenses. Whether it’s linking their transactions to your phone or taking note of their spending after every week, you now have the power to keep track of what they are spending.

Since you won’t have the time to physically be with them throughout the day, you might not know what they are up to after school or during their recess. Regardless of whether they are secretly running off the LAN shop for computer games or indulging in stationary at their school bookshop, you’ll be able to know just exactly where the money is going.

More on this topic:
Best Savings Accounts & CDAs for Kids in Singapore 2022
​​Should You “Borrow” Your Child's Life Savings?
I Tried A '7-day Cash Cleanse' In Singapore: Here's How It Went
Mobile Wallets In Singapore: Complete 2022 Guide 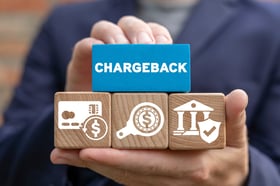