The Russian-Ukraine War: How Does It Affect The Global Economy And Your Investments? 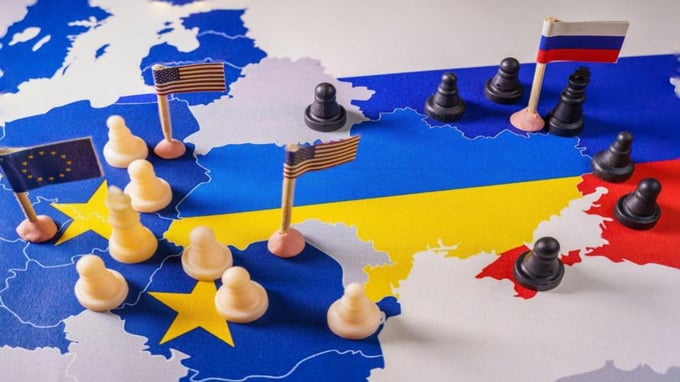 With fears over rising oil prices and worldwide inflation as a result of the Russia-Ukraine War, how will it affect economies globally and your investments?

Just as the world was starting to pick itself up from the pandemic, the  Russia-Ukraine war threatened to push the global economy into freefall.

With more than 600,000 Ukrainians seeking refuge from their neighbours and thousands injured or dead, we can only pray that this humanitarian crisis ends quickly. If you’re looking for ways to help, visit the Singapore Red Cross’s appeal page for details on how you can make donations.

For investors, there is no doubt the impact is devastating too.

During periods of market volatility, taking a step back to gain perspective is crucial for determining a good course of action. Already, we’re seeing most markets in the red, with the prices of oil, gas, and other commodities already spiking, leading many to fear that the war would lead to further impacts such as hyperinflation.

Indeed, with so many uncertainties going on, you might be worried about what you should do as an investor. Before you go into panic selling mode, read on to find out what’s actually happening.

Which countries will be the most affected?

To understand how the war will disrupt the world, a look at Russia’s economy, i.e. what the country exports and which countries are its major trading partners.

As you can see from the table above, Russia’s main export is energy products such as crude oil, refined petroleum, and petroleum gas.

In fact, according to the U.S Energy Information Administration (EIA), Russia is the world’s third largest oil producer, producing about 11% of the world total oil production in 2020.

More crucially, Russia supplies 40% of Europe’s gas, and some European countries — especially those in Central and Eastern Europe — are highly reliant on Russia for natural gas, which is used to heat up homes and power factories.

Apart from being a major energy exporter, Russia also exports metals that are crucial for construction and manufacturing such as iron, aluminium, copper, raw nickel, gold, and platinum.

It’s also the world’s largest producer of palladium, which is used for products such as automotive exhaust systems and mobile phones. Prices for palladium have soared in recent weeks due to fears that Russia would cut off its supply.

Russia’s main export destinations are to Europe and Asia (including Singapore), and these countries would be affected the most should Russia choose to disrupt its exports. And if the prices of materials such as petroleum and metals such as palladium go up, it would lead to higher prices of gas and cars, which would in turn lead to higher inflation.

What should you do as an investor?

Naturally, with all the news around the war, you might be worried about whether your investment strategy will be impacted.

To get a better understanding, we can look at historical events in the past to see how they had affected the stock market.

Here’s a great table taken from Truist showing previous geopolitical/military events from Pearl Harbor to the Iraq War, and how the S&P 500 reacted one month, three months, six months, and 12 months later:

In summary, while it’s typical to see short-term volatility in the market, it’s usually short-lived.

In fact, history shows that the market will generally react positively to such crises after 12 months. Indeed, only three events — the Suez Canal crisis, Arab oil embargo, and 9/11 — continued to see a negative impact 12 months later, which was because they coincided with a recession.

If we look at the historical performance of the MSCI World Index, we see a similar trend: the stock market has continued to grow in spite of major crises over the years. In fact, if you had invested US$1 in the stock market in 1970, it would have been worth US$54 by 2018. Though keep in mind that the MCSI consists of the global stock market, and not just in the U.S.

What did the sages say?

In 2014, Russia invaded Crimea. When asked whether the crisis would affect his investment outlook, legendary investor Warren Buffet had this to say:

“Well, if you tell me all of that is going to happen, I will still be buying the stock. You’re going to invest your money in something over time. The one thing you can be quite sure of is if we went into some kind of very major war, the value of money would go down. That’s happened in virtually every war I’m aware of. The last thing you’d want to do is hold money during a war. American businesses are going to be worth more money, dollars are going to be worth less, so that money won't buy you quite as much.

“But you're going to be a lot better off owning productive assets over the next 50 years than you will be owning pieces of paper, or I might throw in bitcoins.”

In other words: don’t panic. Focus on the asset you’re investing in.

As Warren Buffet says, cashing out in light of bad news isn’t a good investment strategy. Based on historical data, the value of money will fall overtime, but the asset you’re investing in will continue to grow (provided if it’s a good stock).

Here’s another important advice from another renowned investor, Peter Lynch, about having the stomach for risks in spite of obstacles:

“There’s always something to worry about. Everyone has got the brain power to do well in the stock market, the question is whether you have the stomach for it. That’s the most important organ. On the way to work, the amount of bad news you could hear is almost infinite now. So the question is: Can you take that? Do you really have faith that 10 years, 20 years, 30 years from now common stocks are the place to be? If you believe in that, you should have some money in equity funds.

“It's a question of what's your tolerance for pain. There will still be declines. It might be tomorrow. It might be a year from now. Who knows when it's going to happen? The question is: Are you ready—do you have the stomach for this?

“Most people do really well because they just hang in there.”

In short, there will always be something to worry about, and there’ll always be reasons to quit.

Short-term market volatility will always happen. The bottom line is that as investors, your focus should always be on your long-term investment goals, and not on the negative news on what’s happening around the world.

Will the war affect the growth and profit of the company? What is the growth prospect of the business? Is the stock attractive? These are the types of questions that you should be asking yourself.

Remember that businesses will continue to grow, innovate, and become more valuable in time. The world will also continue to move forward from crises, be it wars, pandemics, or recessions. You must have the risk appetite and do your due diligence on the investment decisions that you make.

6 Alternative Investments To Diversify Your Portfolio
The Ultimate Guide To Buying Stocks In Singapore (2021)
A Complete Guide To Dividend Investing (And The Best Singapore Stocks To Start With)
Investing In Exchange Traded Funds (ETFs): A Newbie’s Guide To Getting Started
Guide To Real Estate Investment Trusts (REITs), And Whether You’re Ready For It 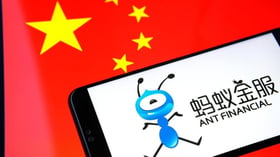 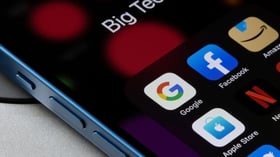 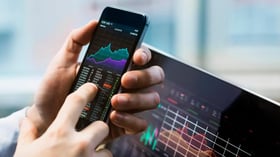