Using your air miles redemption on economy class is a waste. Here’s why.

Opinions expressed reflect the view of the writer. This is his story.

I once had a chat with a friend who insisted that he would only ever redeem his miles for economy class.

“Why?” I asked, totally perplexed.

What he said wasn’t wrong, per se. Obviously, if you have X miles, each economy class flight costs 5,000 miles, and each business class flight costs 20,000 miles, you’d mathematically get more flights out of redeeming economy than business. Yet, it still seemed to me like a deeply disjointed view of the miles and points game.

I realise there may be many of you out there who share my friend’s point of view. In this post, I’d like to try and bring you around to my point of view.

The question before us, then, is “Why shouldn’t I redeem my miles for economy class?”

You shouldn’t redeem your miles for economy class because, fundamentally, these tickets represent very poor value for your miles. Remember what we learned when we studied the value of a mile?

The value of a mile depends on what you redeem it for.

Here’s a table that illustrates the cost (in miles and cash) of a round-trip ticket to Paris. Note how the value you derive per mile increases as you move up the cabin classes. This is because the miles required to go up a cabin class is proportionately smaller than the price difference.

Now, I realise it’s not always as simple as the table above shows. In fact, it’s probably wrong to say that you get 6 cents of value per mile by redeeming first class… unless you’re the sort who would have otherwise paid for first class out of pocket!

But even if we disagree with the quantum of value, can we at least agree that from a relative value point of view, you derive more value from a premium cabin redemption than an economy class one?

Any way you look at it, economy class redemptions typically net you well under 2 cents of value each. Given that your average cost of acquiring a mile should average 2 cents, accepting anything less than that is a poor trade-off. 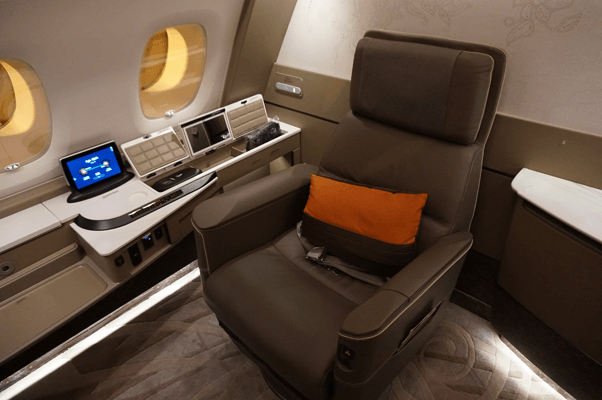 But there’s (in my opinion) an even stronger reason for not redeeming miles for economy class that veers a little philosophical.

Why do we collect miles? We collect them so we can enjoy experiences we couldn’t otherwise afford.

Think about it: most of us reading this article can probably afford economy class. But how many of us would be willing or able to pay our own money for business or first class travel? If we didn’t have air miles to convert, how many of us would ever step into the premium cabins (except en route to coach)?

So it’s all well and good to view miles as a source of value, but you’re missing the whole picture if you don’t see the access angle. Miles gives you access to an experience you’d otherwise be unwilling or unable to afford.

Are there any exceptions?

Yes, there are! I’ll be the first to tell you that redeeming economy class doesn’t make sense 90% of the time, but there are situations when it can be the smart thing to do.

Redeeming miles for economy class makes sense when revenue flights in economy are prohibitively expensive. There are several scenarios where this can occur:

Most of the cheap fares you find online have minimum stay requirements. That’s because they’re meant to target the leisure market, which is generally more price sensitive.

But the mileage requirement to fly between these cities remains the same at 25,000 miles regardless of how long you stay. Redeeming miles for an economy flight would net you almost 3 cents, a decent yield. 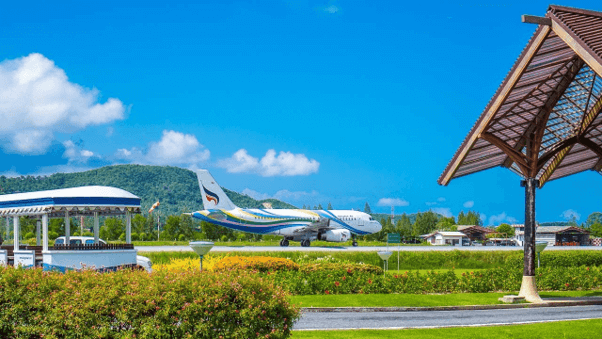 Certain airports command sky-high fares, even in economy class. A great example is Koh Samui. Few people know that the airport is actually privately-owned by Bangkok Airways, which charges hefty landing and service fees to everyone who isn’t Bangkok Airways.

The screenshot below shows how much you can expect to pay — almost $700 with Silk Air, which is insane for a flight that’s less than 90 minutes.

On the other hand, our mileage cost of 25,000 miles remains independent of revenue prices. Therefore, using your miles for an economy redemption could net you ~2.5 cents per mile, a respectable amount.

Want to head to Perth (or anywhere nearby for that matter) after Christmas? That’s great…but so does everyone else. If you haven’t booked your tickets way in advance, you might find yourself looking at ticket prices way above normal.

It’s true that if flight loads are high, you may not be able to get award tickets either. That said, most airlines tend to be fairly generous with releasing last-minute economy class tickets even on flights with high load. You’d get some excellent value for your miles in this case.

There are certainly exceptions to the “never redeem economy class” rule (another big exception is award sweet spots, but that’s for another time). By and large, I hope you’re on board with the idea that your miles were made for so much more!

A final thought: if despite this you still prefer to consistently redeem your miles for economy class, you might derive a better return from a 1.5/1.6% no cap cashback card like the Standard Chartered Unlimited Cashback or Maybank FC Barcelona Visa Signature on SingSaver’s best cashback cards comparison page. That’s because you could use the cash generated for cheap economy fares/budget airlines if/when you choose to fly. Travel Hacking Singapore Blog Teaches Anyone How to Fly on Business Class
How (and How Not) to Get an Airline Upgrade
Flying Business Class? Beware, Not All Business Class Is Created Equal
Singapore Airlines Is Increasing Its KrisFlyer Air Miles Redemption Rates
Travel Insurance: Does It Cover Redemption Bookings By Air Miles?

By Aaron Wong
Aaron started The MileLion to help people travel better for less and impress “chiobu”. He was 50% successful. This is his story.