Best Gaming Subscriptions in Singapore 2022 – How Much do They Cost? 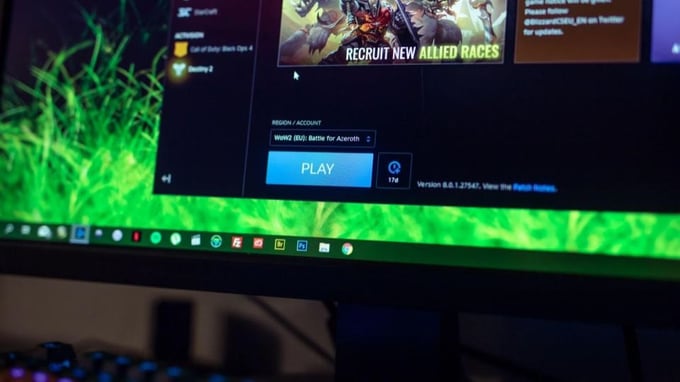 Did you know that over one-quarter of the world is a gamer?

No, we don’t mean casinos. Rather, we’re talking about the video game sector, which has an estimated 3.24 billion gamers in total worldwide.

Last year, the entire gaming industry was estimated to be worth US$178B, and this figure is expected to increase to nearly US$270B yearly by 2025.

With such a strong financial incentive, you can be sure businesses and video game makers are going to be competing even more fiercely for your attention (and dollars).

However, with top-quality titles going from S$80 to S$100 per pop, trying to get your hands on all the latest and greatest can quickly become expensive.

And also, who has the time to play through video games that increasingly demand a time commitment of several dozen hours?

Instead of buying several different titles – some of which you might not have the time nor interest to finish playing, which can leave you feeling shortchanged – these services give you access to a wide selection of popular video games, in exchange for a small monthly fee.

So which gaming subscriptions are available in Singapore, how much do each cost, and what type of gamers are they made for?

Top gaming subscriptions in Singapore, and how much they cost

Recommended for: Those who like mobile games, and primarily play on iOS devices

Apple Arcade is a gaming subscription service designed for gamers who like to play mobile games on their iOS devices.

This means you can play on your iPhone and iPad, of course, but you’ll also be able to game on your Macbook or Mac. You can even play your games via AppleTV, as controller support has been added to tvOS from version 13 onwards.

Game progress is continuous across all devices, which means you can seamlessly switch between playing on AppleTV at home and then on your iPhone when you need to go outside.

Your subscription will give you unlimited access to all the video games available in the Apple Arcade library. You’ll find a variety of games across several genres, from indie developers and large studios alike.

Some titles are exclusive to Apple Arcade, but there are also other titles you can purchase separately if you want to play outside of the iOS environment.

Apple Arcade allows Family Sharing, accommodating a maximum of six users on a single account. This will save you from having to pay for multiple subscriptions.

Welcome Gift: Enjoy 3% Cashback on up to S$5,000 eligible purchases within the first 6 months. T&Cs apply.

Recommended for: Those who play on Xbox consoles, PC gamers (with Ultimate)

Xbox Game Pass and Game Pass Ultimate offer over 100 titles from some of the world’s biggest and most successful video game publishers. It is a natural choice for those interested in experiencing the best the multi-billion dollar industry has to offer.

Not only will you be able to access exclusive triple-A games such as Returnal, Xbox Game Pass is also the best way to ensure you can start playing on the day games are released. That’s undoubtedly a godsend for fanboys who can’t stand to wait one moment longer than necessary.

Two tiers are offered under Xbox Game Pass, the regular Game Pass (separate plans for consoles and PCs) and the powered up Ultimate Game Pass. Here’s a quick summary of how they differ.

As you can see, Xbox Game Pass Ultimate is clearly the better value, especially if you have other gamers at home who play on multiple devices.

The Ultimate plan also includes GOLD, which unlocks online multiplayer, necessary for titles such as Overwatch and Fortnite. Additionally, you’ll also have EA Play for access to game franchises from Electronic Arts.

Pro-tip: If you’re interested in Xbox Game Pass Ultimate but don’t have an Xbox X or S, check out Singtel’s Xbox All Access promotion. This subscription bundle includes the latest Xbox console and 24 months of Game Pass Ultimate.

Recommended for: Playstation 4 or 5 console gamers

Sony’s much-loved Playstation game console also has a gaming subscription service, Playstation Plus, although it works a little differently.

Signing up for a subscription will give you the following:

Playstation Plus doesn’t give you access to many free games – you’ll get between three to four titles each month. That’s not counting the library of 20 popular PS4 titles under the Playstation Plus Collection.

You can download these games to continue playing them past the free month, but only as long as you have an active Playstation Plus subscription (Games that you straight up purchase from the Playstation Store at full price can be played forever).

Given how it works, the best way to enjoy Playstation Plus is to try out new game titles as they become available. If you find something you particularly enjoy, your Playstation Plus membership will allow you to buy the game at a discounted rate.

Playstation Plus is also required if you wish to play online with friends. You can also get 100GB of cloud storage, allowing you to free up disk space on your PS console.

Playstation Plus is not expensive, with monthly plans starting at S$8.90. If you’re convinced this service is for you, there are three- and 12-month plans that offer even more value.

Nintendo Switch Online - From US$3.99 per month

Nintendo Switch Online is a subscription service for, you guessed it, Nintendo Switch console owners. However, the service is only required to play with other Switch players online.

You’ll also get cloud storage, which is useful for helping avoid the hassle of changing game cartridges or multiple SD memory cards.

The only other reason to sign up for Nintendo Switch Online is to play retro Nintendo titles released back in the day.

Nintendo Switch Online will give you access to over 100 games released for the SNES and NES consoles.

The Expansion Pack will further add several classic titles from the Sega Genesis and Nintendo 64 game consoles, allowing you to relieve games such as Starfox 64, The Legend of Zelda - Ocarina of Time, Golden Axe, Streets of Rage 2 and Sonic the Hedgehog 2.

Now, the subscription plans are a little confusing, so here’s a detailed breakdown. There are basically four options: 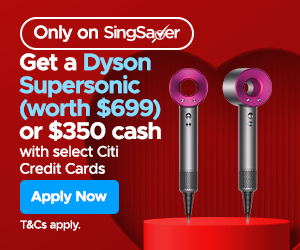 Which gaming subscription plan is right for you?

Well, video game subscriptions are pretty affordable, with many costing less than Netflix or Disney+.

They also offer monthly subscription options, which is helpful if you’re not sure what you’ll like, and want to shop around a bit.

Ultimately, you should pick the gaming subscription service that gives you access to the games you want to play the most.

Another factor is whether you want to spend on a dedicated game console or gaming laptop to enjoy the latest games.

(Although I will say, the latter can also double up as a powerful workhorse that may help increase your productivity – provided I can tear myself away from Elden Ring!)

After all, gaming is a recreational activity. There’s no point stressing yourself and suffering FOMO by depriving yourself of that shiny new triple-A title all your friends are gushing about, all in the name of saving a few bucks a month.

Life’s too short not to play (video games) hard.

Want to get a greater bang for your buck? Consider paying for your gaming subscription with your preferred cashback credit card. Don’t own one? Why not sign up for one today? We have an ErgoTune Supreme (worth S$599), Apple iPad Air 4th Gen (worth S$879) and Apple Watch Series 7 (worth $599) and other attractive rewards ready for you!