Do Singapore Taxi Companies Really Need to Do Surge Pricing? 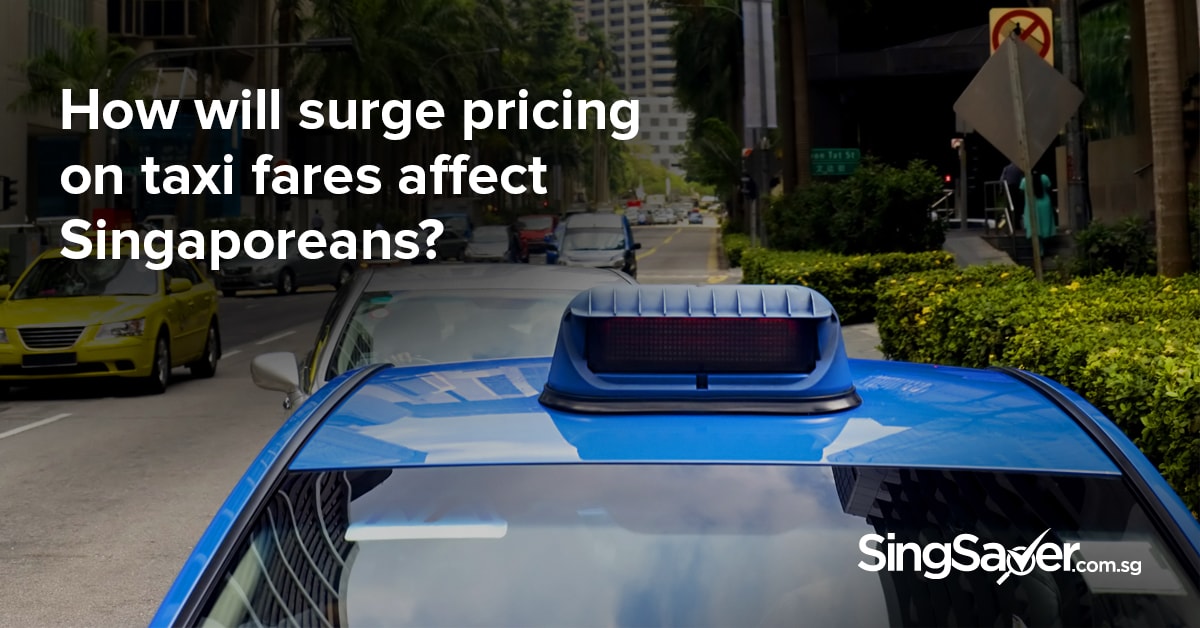 Many Singaporeans are unhappy with the Public Transport Council’s proposal to introduce surge pricing for taxi rides in Singapore.

This article was originally published by Dollars and Sense.

At the beginning of March, several taxi companies applied to the Public Transport Council (PTC) to introduce “surge pricing” for taxi rides that are made through bookings. They include Comfort, Trans-Cab and Premier Taxi, as well as Prime “considering” implementing it.

Taxi fares in Singapore have not been regulated since 1998. However, any changes in fares have to be made known for approval by the PTC.

What is Surge Pricing?

Surge pricing is used to describe the process where fare increases during times when demand is high and reduces during times when demand is low. Surge pricing also determines the amount that prices will increase or decrease by based on the scarcity or availability of drivers. In other words, it is used by private companies like Grab and Uber to manage supply and demand.

The PTC approved the proposals for surge pricing, with the local papers stating that taxi companies will be adjusting their fares, with Grab working with four taxi companies, SMRT Taxis, Trans-Cab, HDT and Premier to introduce the surge pricing. Comfort Delgro intends to introduce a different pricing variation which it describes as “a flat-fare structure which will be similar to our taxi metered fares for trips booked via our mobile applications”.

Minister Ng Chee Meng said that the taxi industry should be allowed to innovate or adapt to new market conditions and competition. However, what the industry is doing appears to be more like “copying” rather than “innovating”.

With even more tweaks to be made to the already confusing taxi-pricing system, with consumers paying different rates for taxis from different companies in addition to surcharges, depending on where and what you were picked up and add-ons fees if are paying using card instead of cash, it appears inevitable that prices are just going to become even more confusing going forward.

It also seems strange that all local taxi companies, seemingly working independently, thought of submitting their proposals at the same time to include surge pricing.

This got us thinking about whether they were working together, especially since private-hire cars have been in Singapore since mid-2013.

With SIA freshly being slapped with a $112 million fine from the European Union antitrust regulators for their participation in an air cargo cartel fixing fuel and security surcharges, we looked at whether this could be a similar situation in Singapore.

According to the Oxford dictionary, the word cartel means: an association of manufacturers or suppliers with the purpose of maintaining prices at a high level and restricting competition.

With all local taxi companies set to adjust their prices after submitting proposals for the adjustment at the same time, it does seem like a concerted effort.

However, to state that they are an association will be tough to prove beyond simply saying it is a “logical conclusion”. Another important point is that they are working with Grab, and this move has also been commented as being a Grab initiative.

Thirdly, to say this restricts competition is also hard to prove. Uber may be bearing the brunt of this as the appeal going forward to switch from driving a taxi to driving privately will no longer be as strong, since taxi drivers will now be able to choose between getting flag down passengers at the meter rate vs surge pricing fares during peak period.

One can argue that a rational taxi driver will choose whichever pays him the most amount of money for the day. If surge pricing gives him a higher payout, he will opt for it. If plying the road for passengers and charging via the meter gives him more, he will go for it.

Only time will tell if this will lead to a situation where the number of taxis plying the road each day for passengers will be affected by the surge price.

So while this may fall into a grey area, no one can say for sure whether the taxi companies are acting as a cartel.

We did a quick search online to understand how the taxi companies have been impacted. Comfort Delgro was the logical place to start since some information is public (due to it being public listed).

Their financial statements included of course other businesses in Singapore. Looking at its revenues from its taxi business alone is also not feasible since it includes overseas revenues. When we looked at it’s Singapore revenues, we see that its revenue from its Singapore’s operations actually went up 3.1% from 2015 to over $2.5 billion. Of course, this is not entirely accurate since the revenue also includes other businesses.

While this may not be representative of the entire industry, it seems that its local operations have been sustainable, at least for Comfort Delgo.

This is only financially speaking though, as the local taxi companies may be facing an increasing amount of operational difficulties. We also have to consider that their drivers may think they can earn more by moving to ride-hailing applications and have been leaving the companies.

This will make it logical for local taxi companies to introduce incentives or schemes that their drivers prefer.

What Does This Mean for Commuters?

Logically, many commuters will be suspicious of how the prices of rides will be impacted. Another cause for concern is how willing taxi drivers will be to pick up passengers from the road during peak periods, when they could potentially earn more by waiting for a booking from the application. This will force people to use Grab to get taxis during peak hour, and Uber if they prefer private-hire cars.

Price gouging, which is an act of hiking prices to more than what is fair, will also have to be considered. Transparency of pricing needs to happen and fares need to be less confusing. Otherwise this could simply be a way for taxi companies to increase prices.

It’s also worth thinking about if taxis should still be considered as “public transport” when they are in effect, no different from private-hire cars with the inclusion of “surge pricing”, a pricing strategy introduced by private companies Grab and Uber in order to manage demand and supply.

For example, you would never see (we hope) the MRT changing its fare each day depending on how many people are using it or bus drivers adjusting fares depending on how many people are already in their buses, or whether the road is clear or jam. Prices are always fixed for the benefit of commuters, with discounts given for certain groups of people such as students and the elderly.

Rather than innovating, local taxi companies are just reacting, or worse, copying from what’s out there. And it seems they are taking the route of simply raising prices or making it more confusing than it already is.

Currently, there are so many variations of pricing that even Senior Minister Of State Josephine Teo said, in 2013, that the government would look into simplifying the taxi fare structure, which she also described as “complex and confusing”.

At the end of the day, if the PTC approves the proposals, we, as commuters, can only wait and see if it improves commuters’ travel experience, in a fair and transparent manner.

GrabCar, GrabShare, and GrabTaxi Promotions in Singapore
Save Money with These uberX and uberPOOL Promotions

By Dinesh Dayani of Dollars and Sense
DollarsAndSense.sg is a website that aims to provide interesting, bite-sized financial articles which are relevant to the average Singaporean. Subscribe to our free e-newsletter to receive exclusive content not available on our website. Follow us as well on Instagram @DNSsingapore to get your daily dose of finance knowledge through photos.