The Global Chip Shortage Isn’t Ending Anytime Soon. Here’s How It Could Affect You. 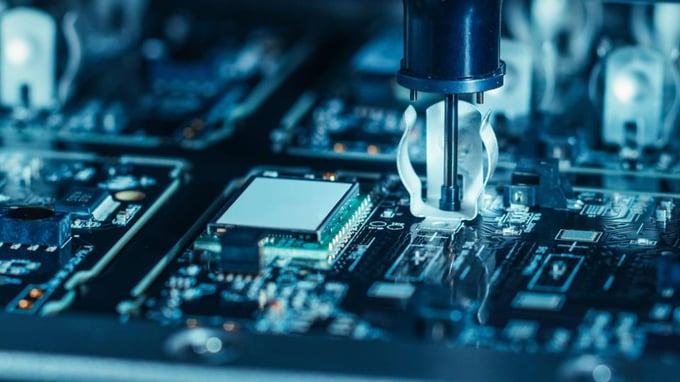 Unprecedented in scale, the negative effects of the global chip shortage is being felt around the world. With the crisis expected to last until 2023, here’s the lowdown on what happened, and the fallout you should watch out for.

In case you somehow missed the news, the world is now desperate for microchips - those tiny, technological marvels that essentially act as the brain in all our beloved smart devices.

Microchips are only able to be manufactured under extremely precise and demanding conditions (cleanroom protocols - first formulated for the creation of nuclear weapons - are an absolute necessity in semiconductor plants).

Microchip manufacture is such an advanced discipline that semiconductor plants are considered at the cutting-edge of modern-day science. The most advanced chips can pack billions of transistors within them, while being nary larger than a fingernail. It’s not surprising, therefore, that setting up one is estimated to cost as much as US$10 billion, with a lead time of at least three years.

So important are microchips that they even play a major part in geopolitics.

Some posit that China’s intention to take over Taiwan is driven partly by a desire to seize the island’s semiconductor sector, acknowledged as the best in the world.

This could be out of a belief that doing so would provide the Chinese an advantage in dethroning the United States as the world’s leading superpower.

Microchips may be tiny, but they sure can cause some pretty huge headaches for the entire world, can’t they?

What caused the global chip shortage?

The trouble began when factories all around the world were forced to shutter due to the pandemic. This, then, affected the supply of materials and resources required by semiconductor manufacturing plants.

Forced to stay inside, populations the world over responded with an increased demand for technology-enabled devices that require microchips to work.

Sure, laptops, tablets and computers were snapped up to meet work-from-home needs and to support online school lessons. But in addition, game consoles and TVs for home entertainment also saw high demand, along with kitchen devices like air fryers, milk frothers and ovens as people turned to hobbies and recreation suited to a domestic setting.

Adding to the chaos is a miscalculation on the part of automakers (yes, microchips are used in cars too), who cut production numbers in response to lockdown announcements. This prompted chipmakers like Samsung and TSMC to pivot towards meeting orders for other types of consumer goods.

However, when lockdowns ended, the pent-up masses wanted to roam, but without using public transport. Demand for private vehicles came back with a vengeance, but by now, automakers had no way to get their hands on the chips they needed. Chipmakers - who had earlier altered their production lines - simply could not produce the necessary chips fast enough.

And as if all that wasn’t enough, a series of disasters - including winter storms in Texas, a fire at a major car chip supplier in Japan, and drought in Taiwan - further strained the chip supply.

We should expect the gloomy situation to drag on for a while. Analysts are predicting that the crisis will continue throughout 2022.

In the meantime, here are some ways the shortage could affect you.

The third quarter of 2021 saw a decline in the global number of mobile phones shipped. The total number of new handsets dropped by as much as 6% - or over 22 million units.

At the same time, a Bloomberg report said Apple was also expected to cut production of its new iPhone 13 by as many as 10 million units.

On top of that, chipmakers such as TSMC have announced production price hikes in response to the situation.

With fewer mobile phones available for purchase and margins squeezed by higher production costs, vendors may be tempted to increase their prices. This means that we could see more expensive mobile devices this year.

The ability to come up with more powerful game consoles and graphic cards pretty much depends on the capabilities of the microchips they carry.

With chipmakers now swamped with unprecedented levels of backlog, it is reasonable to assume they will be spending lesser time and resources on researching and developing newer, more powerful chips.

In turn, manufacturers of game consoles and graphic cards will have no choice but to delay their product launch cycles until the chips they desire become available again - and at a reasonable price. After all, there’s no point designing your next generation of products when the parts to run them simply don’t exist.

This means that consumers of gaming consoles and gaming laptops will have to make do with the current crop of devices for a little longer.

As a related development, prices of such devices could also be jacked up, due to lesser units being manufactured, shipped and sold, combined with the companies’ need to make their current offerings generate higher revenue.

Some car models may be delayed

Speaking of delays, another category of products in which we can expect tardiness would be automobiles.

After their clumsy missteps (see above), carmakers now have to navigate a bumpy road back into the order books of chipmakers.

This may not be simple or straightforward, simply because semiconductor suppliers are up to their eyeballs in orders and demand (just have a gander at the six-month price chart of TSMC).

The chip crunch is so bad that car dealers have already started feeling the impact. According to a Straits Times report, car dealers endured delays lasting as long as six months.

Additionally, some drivers who placed orders in September last year will even have to wait till the first quarter of this year to take delivery of their new vehicles.

One other casualty of the global chip shortage is the Land Transport Authority’s (LTA) plan to upgrade the current ERP system to a satellite-based one.

This next-generation system was commissioned to replace the current system, which is approaching a quarter of a century in service. It is slated to bring a fuller set of useful features, such as real-time traffic updates, location of school zones, and such.

For the new ERP system to work as intended, the LTA will have to embark on a stupendous exercise replacing the in-vehicle units with new on-board units (OBUs) of almost 1 million vehicles, a logistically challenging task expected to take 18 months.

With the chip shortage delaying the production of the OBUs, switching to satellite-based ERP has now been pushed back to mid-2023. This means that the new system will come operational only by 2025 at the earliest.

Well, given that satellite-based ERP is capable of charging you according to the distance travelled, we guess we could look upon this delay as a thin silver lining in an otherwise very dark and gloomy cloud?

Protect yourself from price surges and rainy days with the best high-yield savings accounts. Check them out here.

Read these next:
How To Design A Smart Home For Less Than $1,000
5 Smart TVs With 4K Resolution That Are An Absolute Steal
6 Best Gaming Chairs Under $400 In Singapore
5 Best Used Car Models and Brands to Buy in 2021
Best SIM-Only Mobile Plans For Light, Moderate, And Heavy Data Users (2022)