How Does GrabPay Mastercard Compare To Other Credit And Debit Cards? 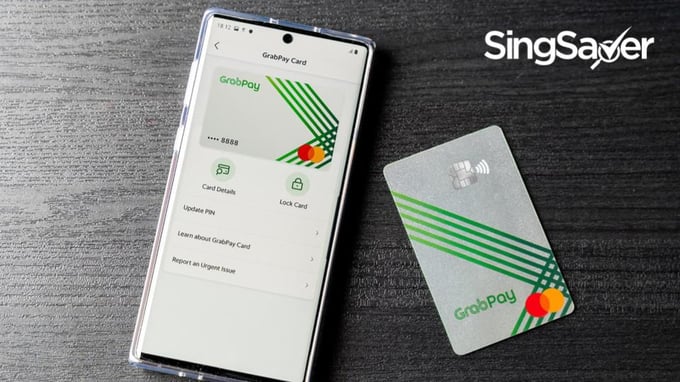 After months of beta testing, Grab finally took the wraps off the GrabPay Mastercard, a virtual and physical card which dramatically enhances the liquidity of GrabPay credits.

The GrabPay Mastercard works just like a prepaid debit card, drawing funds from your GrabPay balance. It can be used online and offline (if you get the physical version, which is being rolled out in batches), in Singapore and overseas.

But how does the GrabPay Mastercard measure up to “traditional” payment solutions like credit and debit cards? Let’s find out.

The biggest lure of credit cards by far is their rewards, and despite being a debit card, the GrabPay Mastercard still fits in here.

Depending on your GrabRewards status, you’ll earn 3-6 GrabPay points per S$1 spent on the GrabPay Mastercard (from 22 March 2021 onwards). These points can be converted into KrisFlyer miles at the following ratio:

This means your effective miles per dollar rate is 0.3-0.5. That’s unimpressive, considering the average miles card would earn you 1.2-1.4 mpd on local spending. Moreover, its 2% FCY fee is lower than any bank, but its low miles earning rate means you’re still paying over the odds to earn miles via overseas transactions.

But we’re forgetting something here. Using the GrabPay card or a credit card is not an either/or proposition. You can top up your GrabPay balance with a credit card and earn cashback or rewards points in the process*. Whatever points you earn by spending on the GrabPay Mastercard are then just the icing on the cake.

It remains to be seen how long this will be possible, as some (but not all) banks have already excluded GrabPay top-ups from earning rewards.

One major advantage the GrabPay Mastercard has over traditional credit cards is that GrabRewards points can be earned on a wide range of transactions – some of which banks don’t issue rewards for. This includes:

In other words, even though the GrabPay Mastercard may earn only 0.3-0.5 mpd when paying a hospital bill, it’s still better than earning nothing by using a credit card, which excludes such transactions from rewards.

In terms of card benefits, the GrabPay Mastercard offers complimentary mobile phone insurance when you use your card to pay the phone bill. As far as I know, this is the only card in Singapore to offer such a feature. Your phone is an expensive investment, and it may make sense to get a policy protecting it from damage.

The card also offers lounge access as part of the Mastercard Flight Delay Pass program. Note that unlike the regular lounge access offered by credit cards, this program only allows access if your flight is delayed by 120 minutes or more (you’ll need to register your flight details before traveling).

Grab calls the GrabPay Mastercard “the perfect travel companion”, citing how it lets you top up your GrabPay balance in your home currency and spend overseas, and its lower FX fees compared to banks.

The natural question then, is how it compares to prepaid multi-currency cards like YouTrip and Revolut. There are few factors to consider:

The GrabPay Mastercard has the potential to be a very useful tool, even if you already have other credit cards in your wallet. So long as banks continue to offer rewards on GrabPay top ups, the opportunity to double dip on transactions (earning bank rewards + GrabRewards points) exists.

Even if this stops one day, it’ll still be worthwhile using the GrabPay Mastercard on transactions that banks exclude from earning points/cashback. However, if your concern is simply to save on overseas transactions, you’re still better off using one of the multi-currency prepaid cards on the market.

It’s currently free to get both a digital and physical GrabPay card- the latter until 2 March 2020, after which a small fee may apply. Applications can be done via the Grab app, so be sure to check it out if you’re interested.

Read these next:
Ultimate Guide To Digital Multi-Currency Accounts
Should I Use A Credit Card Or Multi-Currency Card For Overseas Spending?
Mobile Wallets in Singapore: Complete 2021 Guide
EZ-Link vs EZ-Reload vs SimplyGo: Best Option to Pay for Public Transport
What Is YouTrip Card And How Does It Work?