What Are The Best Credit Cards You Should Be Paying Medical Bills With? 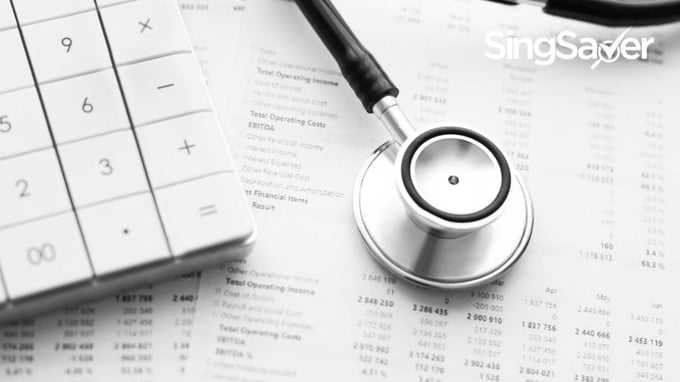 Medical expenses can put a huge dent in the wallet, but using the right credit card may be a balm. Here are the best cards to pay with.

While no one likes discussing medical bills, it’s something we’ll have to deal with them at some point in life. Whether it’s something as serious as a life-saving surgery or something more benign like lasik, these big-ticket expenses are usually in the four- to five-digit range.

This then begs the question: what’s the best credit card to use for such pocket-burning expenses?

How are medical transactions coded?

The first thing we need to do is pin down exactly what kind of medical treatment we’re talking about. There’s a wide range of possibilities, ranging from hospitals to dentists, physiotherapists, optometrists and every manner of medical care. Here’s the range of Merchant Category Codes (MCC)* that medical transactions can come under:

*An MCC is a four-digit code that card associations like Visa and Mastercard use to classify a merchant’s primary line of business.

Why the MCC matters is because banks may explicitly exclude credit card rewards for a specific MCC, so knowing the MCC beforehand can help you select the right card. If you’re in doubt about the MCC of a specific merchant, you can try using the Visa Supplier Locator to look it up.

In general, you should not run into issues with any of the above MCCs, except MCC 8062. Go ahead and swipe your usual card when you visit the dentist or get a new pair of lenses made at the optometrist - you’ll earn rewards as per normal.

The problematic one is MCC 8062, which covers polyclinics and hospitals (both private and public). Such institutions usually pay a discounted processing fee, which means transactions are less profitable for the bank and payment processing company. As such, some banks have excluded these transactions from earning miles, points or cashback.

Here’s what I’ve put together from going through the T&Cs of various banks. Unfortunately, a growing number of banks now exclude MCC 8062 from earning rewards, regardless of whether it’s a private or public facility.

Therefore, the following miles and points cards can be considered:

The best earn rates are found on the UOB Reserve and Citi ULTIMA cards, but both of these require you to earn at least S$500,000 a year to qualify!

A more realistic range is 1.1-1.4 mpd. This may not sound very exciting, but don’t forget you can use a large medical bill to take advantage of sign-up bonuses too.

Assuming the medical facility accepts American Express cards, you could also use the AMEX True Cashback Card or UOB Absolute Cashback Card for 1.5% and 1.7% cashback respectively, with no minimum spend or caps. Again, this isn’t a very high percentage, but it can add up on a large bill.

In the event that the medical facility doesn’t accept American Express cards, there’s still a handy workaround to earn cashback on your bill.

You can use the AMEX True Cashback Card or UOB Absolute Cashback Card to top-up a GrabPay account, earning 1.5% and 1.7% cashback respectively in the process. After this, it’s a simple matter of paying the bill with your GrabPay Mastercard. Do note that you will not earn GrabRewards points for transactions made at MCC 8062 (hospitals), and there’s an annual transaction cap of S$30,000 on the GrabPay Mastercard.

While it’s increasingly tricky to earn rewards for transactions at hospitals and polyclinics, the good news is that it’s not impossible. If you have a choice of treatment facility, it makes sense to look up its MCC beforehand so you know which card can help you earn the highest rebate. And while you’re at it, check out some of the best insurance plans that will have you covered medically.