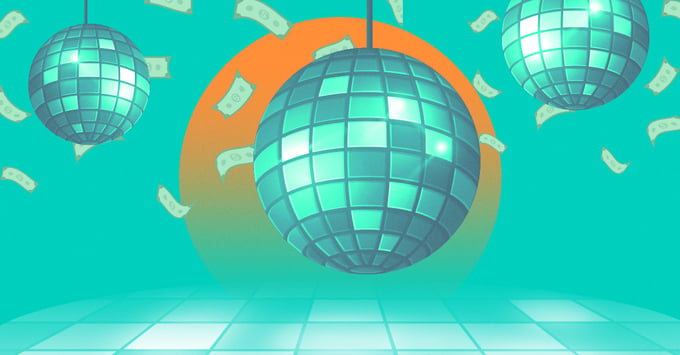 Earning a salary that others can only dream of, but don’t feel rich in the slightest? Here are three strategies you can use to improve your wealth management.

Indulge me in a little thought experiment.

Let’s imagine that you have a monthly income of S$20,000, which is enough to put you in the top 20% of households in Singapore (according to this report by the Department of Statistics).

Despite having a salary higher than literally millions of people, and the eminently enviable lifestyle that comes with it, you still find yourself struggling to cover your expenses, and frequently having to dip into your already meagre savings just to make ends meet.

Sounds far fetched? Well, if you’re earning between S$6,000 and S$20,000, there’s a one in two chance that this is a real problem you could be grappling with.

Assuming that you, indeed, are facing money problems despite earning an outsized salary, can you still be considered to be rich? Would you consider yourself rich?

The curious case of HENRY

No, that’s not the rich person equivalent of ‘Karen’, created to poke fun at your jealousy-inducing salary.

HENRY is an acronym used to describe a class of individuals who are High Earners, Not Rich Yet.

HENRYs are the people who fly Economy Class on their yearly two-week family holiday to the Seychelles, because they need to set aside money for the children’s Ivy League education. They eat out at the best restaurants, because they can’t quite afford a private chef. They snap up yet another Hermes coat, in preparation of the day they finally go gliding across Europe on board the Orient Express.

HENRYs are characterised by an appetite for indulgence and luxury — and an income that can just barely keep up. Because they are apt to get into debt trying to keep up with the Kardashians, HENRYs find themselves having difficulty accruing enough money to truly be considered wealthy.

Isn’t it curious that even with a monthly income of S$20,000, there’s still somehow not enough money left over at the end of the month to put into savings or investments, or even to make ends meet?

Three tips to evolve from a HENRY to a true HNWI

We’re not here to talk about the whys of being a HENRY; that is an endeavour best left to a professional therapist or coach (hint: it’s highly likely to have something to do with your relationship with money).

Rather, we’ll be discussing three strategies that you can use to help you evolve from being a HENRY to a true HNWI (High Net Worth Individual).

When you’re pulling in S$20,000 (or close to it) every month, you won’t think twice before maxing out your credit card for the latest Rolex watch. Why would you, when you know you’ll be able to pay it all off in a matter of months?

HENRYs are comfortable taking on high amounts of debt because their income allows them to do so. This is made worse when they can get credit from lenders more easily than those earning an average salary.

For instance, some banks will loan you up to 10 times your monthly salary if your income is high enough, while limiting those who don’t make the cut to only four times their salary.

It’s not just unnecessary spending that is to blame. Some people manage to land high paying jobs because they took on a large amount of debt to earn the necessary qualifications. As a result, they are saddled with expensive student loans that eat into their salaries.

No matter the reason, HENRYs find themselves rotating from one source of debt to another, yet may never feel the need to get out of debt as long as they (or rather, their salary) can keep up with the payments.

However, as a result, they are living paycheck to paycheck, which is not good whether you’re taking home S$20,000 or S$2,000 each month.

Hence, HENRYs must recognise the threat that high debt poses to their financial wellbeing, and should work towards getting out of debt at all costs. Prioritise clearing high-interest debt such as credit cards, repay loans as quickly as you can, and stop compounding the problem by taking on new debt.

2. Invest before you spend

We get it, what’s the point of earning all that money if you’re not gonna pamper yourself with it, right?

Of course there’s nothing wrong with enjoying your hard-earned money, but the problem begins when you’d rather spend on frivolous indulgences instead of putting your money to work for you.

We’re not debating the therapeutic effects of a weekly champagne brunch, but if you’d instead invest the cost of your meals into an investment portfolio, you may make enough returns such that you never have to pay for another champagne brunch ever again.

The point here is that instead of working for your money so you can buy the things you want, you should instead put your money to work for you. That way, your money can buy you what you want without any additional effort on your part.

In practice, this simply means investing your money first, and only allowing yourself to spend whatever that is left over, with the understanding that in future, your investments will provide the money you want to spend.

Just because you’re earning a high salary doesn't automatically make you skilled at managing money. It’s okay to admit that you don’t quite know how to grow your wealth to the level you want, and ask for some professional help.

A good wealth adviser can help you articulate your financial goals, and put together a step-by-step plan on how to achieve them. Wealth advisory services can also recommend appropriate investment strategies and products, while providing insights and ideas to inspire and motivate you.

With a wealth advisor in your corner, you can put your financial portfolio into the hands of a professional and begin to transform from appearing rich on paper to being truly wealthy.

Read these next:
Priority Banking In Singapore: Does It Help To Grow Your Wealth?
Have Enough Money To Jet Off to Space? 5 Signs You’re Ready For Priority Banking
Privilege Banking: What’s In It For You and Your Money
Not Ju$t You: Swimming in Debt
The Best Investment And Asset Allocation Strategy By Age 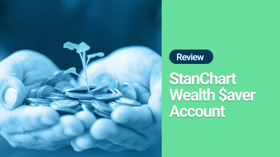 Why a Priority Banking Account Makes Sense in a Recession